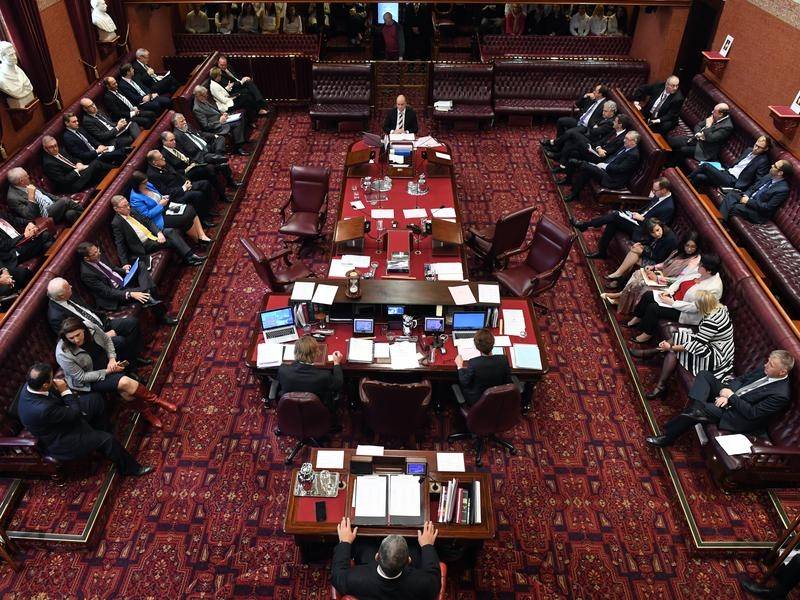 MPs have voted 59 to 31 to decriminalise abortion in NSW; the bill now goes to the upper house.

Pro-choice advocates are optimistic a bill to decriminalise abortion in NSW will soon become law after it cleared a significant hurdle by passing through the...

Pro-choice advocates are optimistic a bill to decriminalise abortion in NSW will soon become law after it cleared a significant hurdle by passing through the state's lower house.

Members of the Legislative Assembly erupted into cheers on Thursday night when they voted in favour of the amended bill to take abortion out of the criminal code following three days of passionate debate.

MPs voted 59 to 31 in favour of the Reproductive Health Care Reform Bill 2019. It was backed by Premier Gladys Berejikilian, her deputy John Barilaro and Opposition leader Jodi McKay.

An upper house committee will examine the draft legislation next week before it's sent to the Legislative Council for consideration.

The bill allows terminations up to 22 weeks, as well as later abortions if two doctors considering all the circumstances agree the termination should occur.

Labor MP Penny Sharpe, one of 15 co-sponsors of the bill, said she was "cautiously optimistic" it would pass the upper house but there were some "very strong people who are very opposed".

"The reality is that if the Legislative Council rejects this bill, that's it, we're done and we'll have to come back and try again later," she told reporters on Friday.

"But I'm hopeful that's not going to be the case."

Jo Haylen, another Labor MP and co-sponsor, said Thursday night represented "one of the hardest, most difficult hurdles in our journey to decriminalising abortion finally in this state".

"Women have waited 119 years for this to happen," she said.

MPs debated amendments for almost 12 hours before the bill was passed on Thursday.

Independent MP Alex Greenwich, who introduced the bill, noted the "hostile amendments" were voted down.

"Amendments that passed largely simply codified what is existing clinical practice," he said on Friday.

Opponents raised concerns about late-term abortions, conscientious objections by medical practitioners, gender-based terminations and the time available for public consultation on the bill.

Mr Greenwich said the failed amendments concerning gender selection were poorly drafted but MPs had established an inquiry into the issue which would report back on any action needed.

Health Minister Brad Hazzard said a Senate inquiry in 2013 indicated that while there was some evidence of gender-selective abortions being prevalent in other countries, there was no evidence of it occurring in Australia.

"As a team of parliamentarians who want to ensure that gender-selective abortion does not happen in this country and this state, we will proceed to gather that data through the auspices of the ministry of health and the centre for epidemiology," he said in a statement on Friday.

Presbyterian and Catholic church leaders expressed regret and sadness after the bill passed the lower house.

"If a civilisation is to be judged by how it treats its weakest members, NSW failed spectacularly today," Sydney's Catholic Archbishop Anthony Fisher said in a statement on Thursday night.

"I urge the members of the Legislative Council to vote against this abhorrent bill."