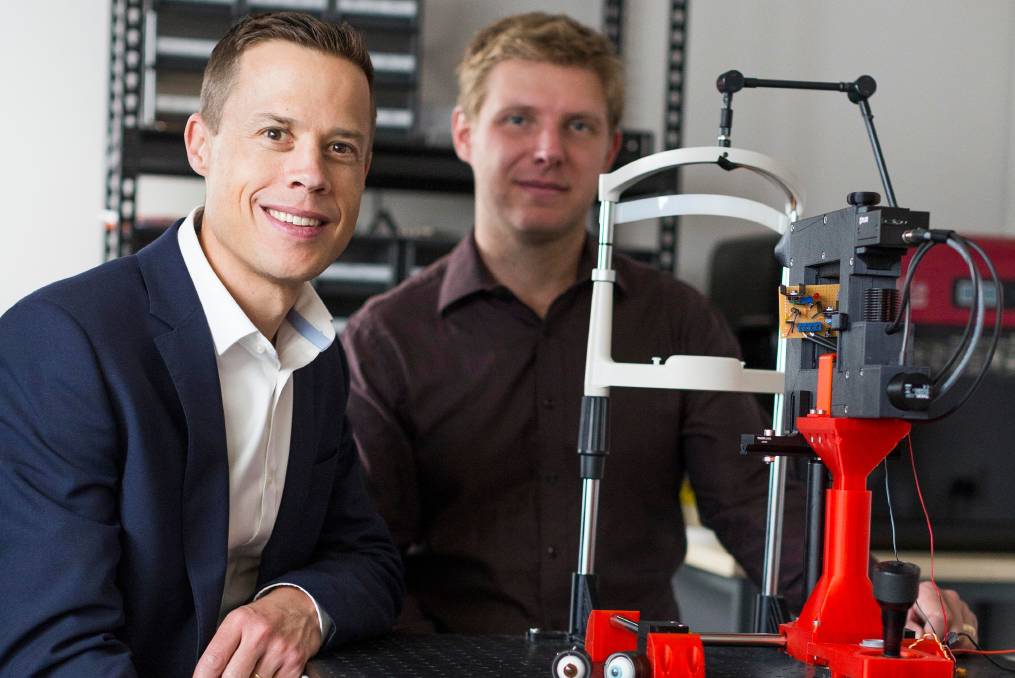 A SIMPLE eye test developed by Melbourne researchers could soon be used to detect early signs of Alzheimer's disease.

The Centre for Eye Research Australia (CERA) in Melbourne is fast-tracking its research to develop the non-invasive eye test, which uses imaging technology similar to that used in NASA satellites.

The clinical trial has been given a $600,000 funding boost thanks to the Alzheimer's Drug Discovery Foundation - a major colalition of US philanthropists which includes Bill Gates and Amazon founder Jeff Bezos.

The technology was developed by University of Melbourne's Associate Professor Peter van Wijngaarden and Dr Xavier Hadoux from CERA. 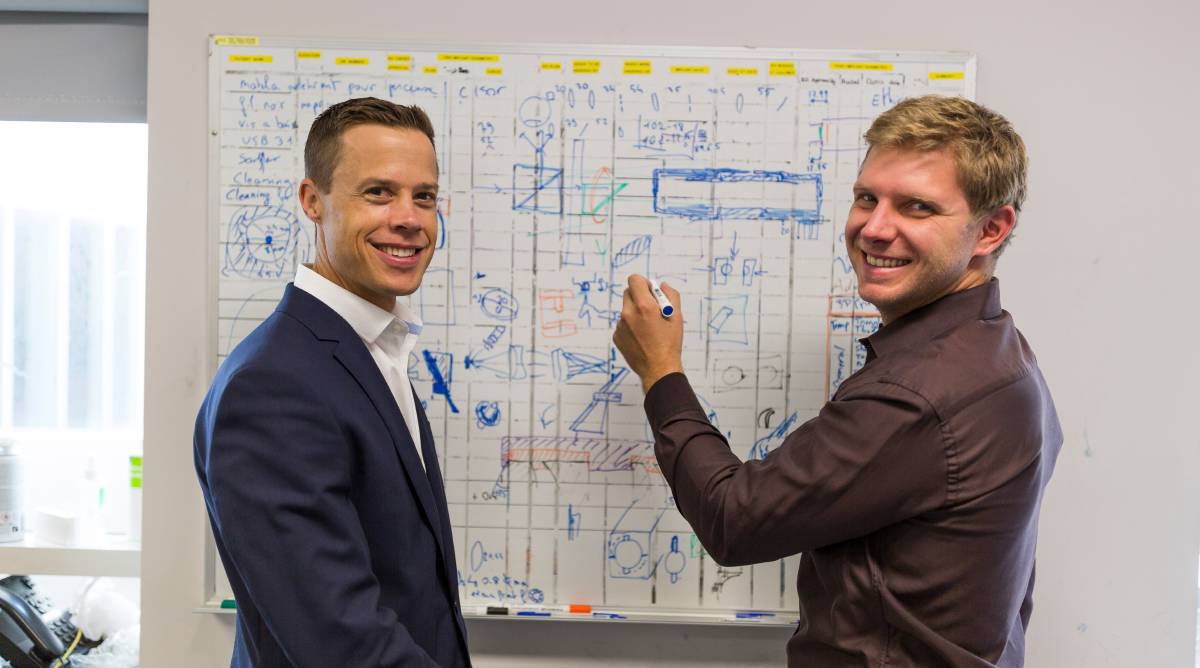 Associate Professor van Wijngaarden (right) says the scan has the potential to revolutionise the diagnosis of Alzheimer's disease.

The scan uses cameras with specialised colour imaging, developed by the team at CERA, to pick up deposits of a protein called amyloid beta.

Amyloid beta, a characteristic of Alzheimer's disease, is deposited in the brain over many years and recent research indicated it also accumulated in the retina at the back of the eye.

The simple eye test will measure the amyloid beta in the retina many years before symptoms of Alzheimer's disease appear.

Associate Professor van Wijngaarden said the approach has the potential to revolutionise the diagnosis of Alzheimer's disease.

It could also accelerate research efforts to delay, prevent, or even cure, the disease, as scientists take a more targeted and less invasive approach to testing new drugs and treatments for those most at risk.

"We hope to develop a simple, non-invasive test that can identify people at risk of the disease and open the way to new treatments and hopefully a cure,'' he said.

"Current tests for Alzheimer's disease are expensive and invasive. Not only are they out of the financial reach of most health care systems, their cost and limited availability make the testing of new treatments much more difficult, slowing down the pace of discovery.''

The eye test will be offered to volunteers in the Healthy Brain Project, a study of healthy middle-aged adults with a family history of Alzheimer's disease that aims to identify risk factors. "Ultimately we would hope this technology will be used to identify people at high risk of Alzheimer's disease who may need to go on to the next wave of treatments so that they may never develop the disease,'' Associate Professor van Wijngaarden said.

Associate Professor van Wijngaarden also paid credit to a group of generous Australian philanthropists, including Baillieu Myer, Samantha Baillieu and Jeanne Pratt for supporting the research in its early stages.

"They had the vision to back an idea out of left field. We are delighted to receive further generous support from the Alzheimer's Drug Discovery Foundation to bring the technology to the clinic and patients."