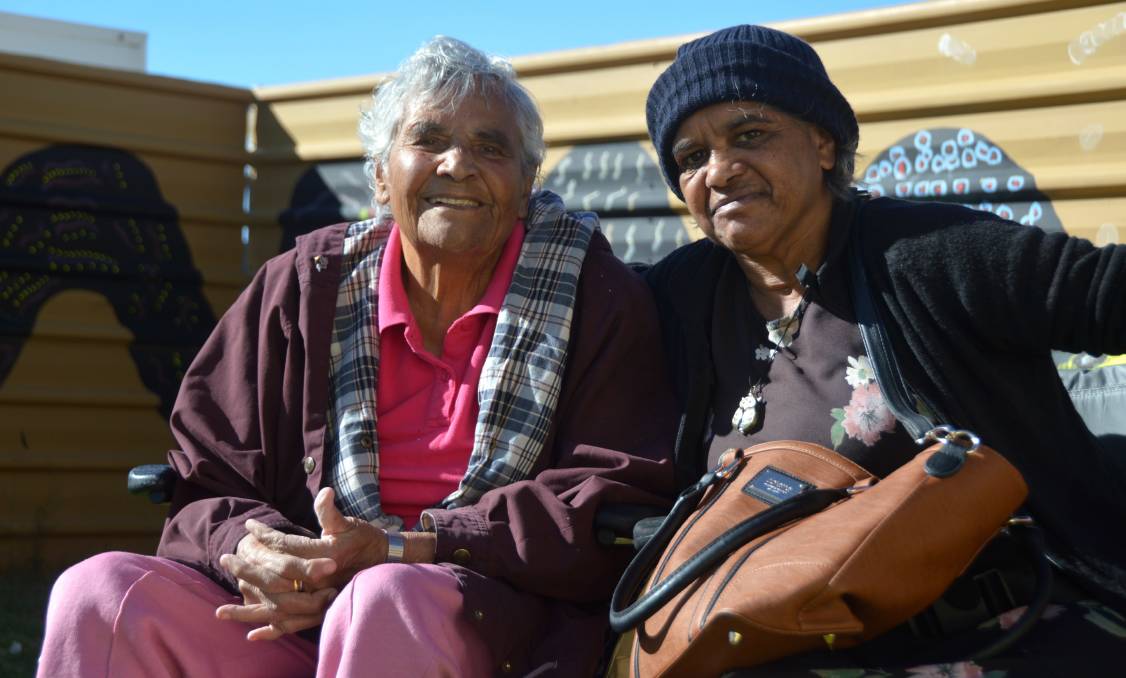 Faith Thomas's down-to-earth attitude comes after a lifetime of trailblazing.

RECEIVING an Order of Australia honour hasn't inflated the ego of the legendary Faith Thomas.

"Just another day more or less," she said with a smirk on her face.

Fellow Wami Kata residents listen on with disbelief as she reminisces about her long list of achievements, but 86-year-old Faith remains relatively blazé about it all.

Faith's down-to-earth attitude comes after a lifetime of trail-blazing.

At just 25-years-old she was selected for the South Australian cricket team after playing only two grade games. BAGGY GREEN: Faith was a member of the Aboriginal Sports Foundation, patron of the Prime Minister's XI versus the Aboriginal and Torres Strait Islander Commission (ATSIC) Chairman's XI.

"The first person I bowled out was the captain of the women's cricket team," Faith said.

"She just sat on the pitch and laughed. She said she had never seen a ball go so fast."

Faith credits her 'magic arm' to her upbringing at the Colebrook Aboriginal Children's Mission in Quorn.

Growing up the kids would play cricket using stones as balls and making their own bats from wood they had found.

Although she was also an avid squash and hockey player, Faith's greatest achievement in life was not sport related.

It came after completing her studies in midwifery and general practice nursing.

Faith was among the first five Aboriginal nurses in South Australia and was the state's first Aboriginal public servant.

She was also in charge of the native ward at the Alice Springs hospital for two years, delivering so many babies that parents began naming their children after her.

"That's the part of my life I feel really proud about," Faith said.

"Cricket is just a sport, but I have looked after a lot of Aboriginal people. It's really special."

In fact, Faith gave up her cricketing career after just three short years.

She was picked to go to England and New Zealand but ultimately her nursing career was more important.

She went on to pursue her passion in health care, while continuing to advocate for sporting opportunities for other young Indigenous athletes.

Faith hopes this award will continue to inspire female athletes and other Indigenous leaders in the community to continue breaking boundaries.