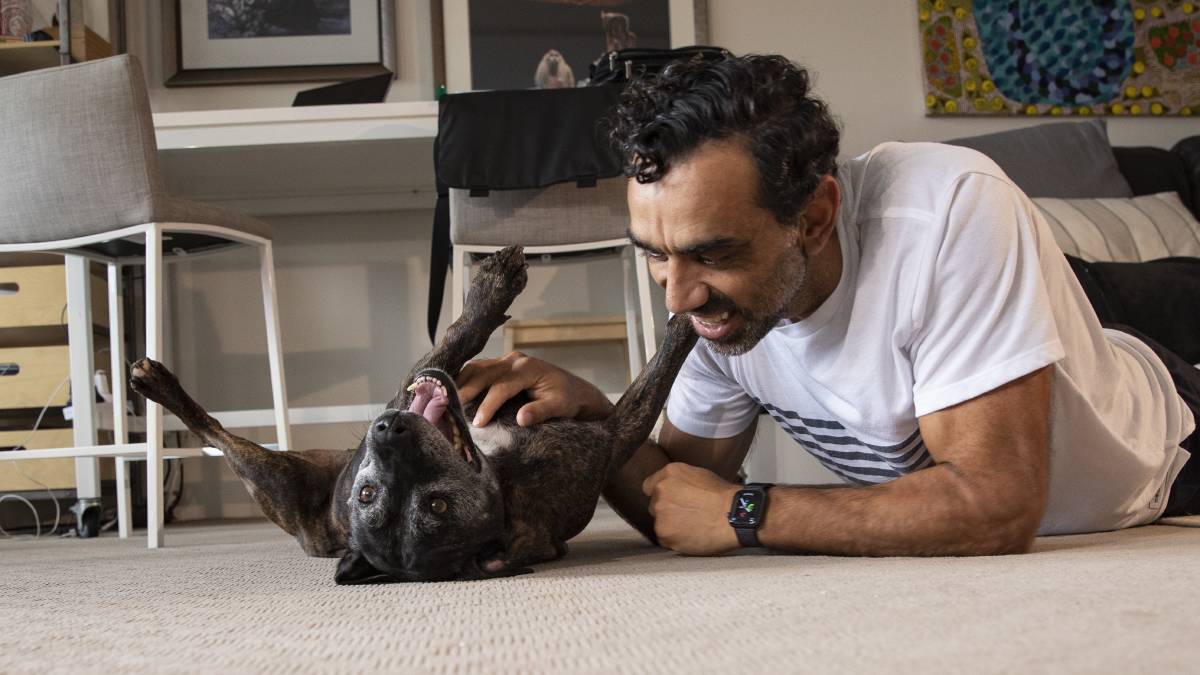 DOMESTIC BLISS: Senior Pets Project ambassador Adam Goodes with Chance, who has found a loving home with his family.

Shelter offers rewarding opportunity to give mature dogs and cats a second chance at life.

EVERYONE deserves a little love, and pets are no different - especially when they're getting on a bit.

With that in mind, Sydney's only charity pound, Sydney Dogs and Cats Home, has announced a second year for the Senior Pet Project after its hugely successful kick-off last year.

The project aims to break down the misconception that older animals are less active and not interested in playing, as well as highlighting the rewarding opportunity to give them a second lease on life.

A senior resident is classed as an animal aged eight and up, with about 10 per cent of dogs and cats entering the shelter falling into the category.

The home aims to raise $150,000 to continue the project for the next 12 months, enabling the shelter to provide care as well as buy much-needed veterinary equipment such as a dental x-ray machine.

Former AFL player Adam Goodes and his wife Natalie are among those who have adopted an older pet. Both Senior Pet Project ambassadors, they chose Chance, a staffy cross.

This shy girl came into the shelter after her previous owner became homeless and was unable to look after her or pay for her continuing medication for degenerative bone disease.

"Adopting Chance has changed our lives in such a positive way, we think about all our plans with her in mind and actually spend more time at home to be together as a family," Natalie said.

"She is housebroken, doesn't chew up our furniture and isn't destructive - we haven't had to worry about the puppy phase. Her love is unconditional, and we can't get enough of her little butt wiggles every time one of us walks in the door!"

As the Senior went to press there were 12 senior residents in care at the shelter, with seven available.

To help give the best care possible for these beautiful old souls, visit sydneydogsandcatshome.org/donate