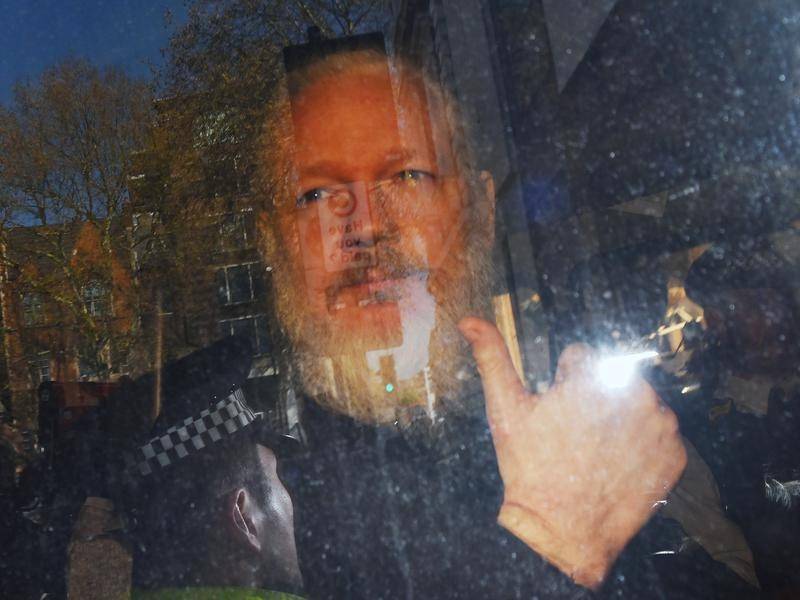 Julian Assange is facing extradition to the US on a charge of conspiring with Chelsea Manning.

Julian Assange's extradition will set a dangerous precedent for all journalists and media organisations who publish truthful information about the United Stat...

Julian Assange's extradition will set a dangerous precedent for all journalists and media organisations who publish truthful information about the United States, his defence team has warned.

Assange was on Thursday found guilty of breaching his UK bail when he sought asylum in the Ecuadorian embassy in June 2012 and now faces extradition to the US.

His arrest in the embassy and conviction in Westminster Magistrates Court will allow the US to start proceedings to extradite him to face charges of conspiring to commit computer intrusion with former US Army intelligence analyst Chelsea Manning in 2010.

Assange's lawyer Jennifer Robinson says his extradition will set a very dangerous precedent for all media organisations and journalists around the world.

"I've just been with Mr Assange in the police cells. He wants to thank all of his supporters for their ongoing support and he said: 'I told you so'."

Fellow defence barrister Gareth Pierce urged the British government to intervene to prevent the extradition of Assange for publishing documents and videos in 2010 that had uncovered US war crimes.

"This is journalism. It's (the US charges) called conspiracy, it's conspiracy to commit journalism. So this has to end," he said.

Earlier, the court heard Assange resisted his arrest by British police on Thursday, shouting "This is not legal, I'm not leaving" before he was forcibly removed from the Ecuadorian embassy.

He later appeared in the dock dressed in a black suit and shirt with a thick, bushy beard and his hair tied back in a bun.

His defence team was late to the hearing, so Assange pulled out a book by Gore Vidal and started reading it while prosecutor Erin Watkin left the room to fetch them.

His lawyer, Liam Walker, argued Assange had reasonable grounds to not adhere to his bail conditions as he believed he would not be treated fairly by British courts and would be extradited to the US.

Mr Walker said Assange's belief was "now beyond reasonable doubt" before giving the example of a conflict of interest in his earlier case before Senior District Court judge Emma Arbuthnot, whose husband Tory Lord Arbuthnot had been targeted by WikiLeaks.

"He relies upon previous hearings, and what I submit on his behalf, were compromised hearings that illustrate the unfairness he was subjected to," Mr Walker told the court on Thursday.

He said his client had been "subjected to a tribunal that was clearly conflicted in its ability to judge Mr Assange impartially".

District Judge Michael Snow was incensed by the defence case, chiding Assange as "shameful" choosing not to give evidence but rather make an "assertion about a senior judge" in front of the press.

"He has had throughout senior judges who have looked at his case with great care and his assertion that he has not had a fair hearing is laughable and, I'm afraid, the behaviour of a narcissist who cannot see beyond his own self interest," he said.

Judge Snow found Assange guilty of breaching bail but moved his sentencing to the Crown Court as the magistrates court could not sentence him adequately.

He's due in Southwark Magistrates Court for sentencing on breaching bail on May 22.

But Assange will appear at Westminster Magistrates Court on May 2 by video link in relation to the extradition case, while the hearing will take place within 65 days.

The US first requested Assange's extradition on December 22, 2017, via diplomatic channels.

Judge Snow said Assange could expedite his extradition proceedings if he wished.

"The advantage is that you get over to the United States, resolve this matter and get on with your life," he said.

Assange responded by sarcastically miming a cheer while giving a double thumbs up.