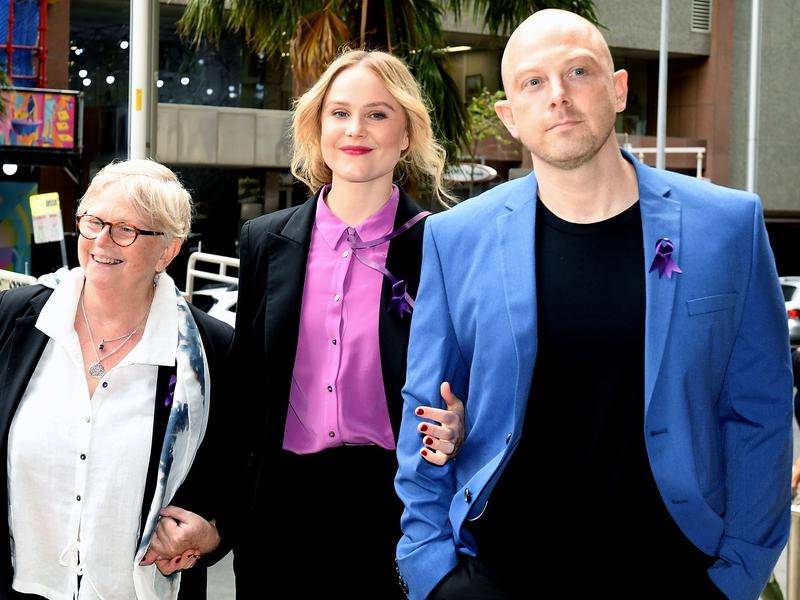 The Telegraph publishes a front-page follow-up the next day.

The Daily Telegraph says it will defend its reporting.

* February 2018: The matter has its first case management hearings in the NSW Federal Court, with Rush's legal team arguing to have parts of the Telegraph's defence struck out.

* March 2018: Justice Michael Wigney strikes out much of the Telegraph's defence, including all of the newspaper's "plainly deficient" truth defence.

* April 2018: The Telegraph tries to again amend its defence and bring a cross-claim against the STC, which would see the theatre company become another defendant in Rush's lawsuit. Justice Wigney rejects both applications.

The judge sets the defamation hearing down for September 3 and orders the parties to mediate.

* August 2018: The court hears Norvill, who didn't cooperate with the Telegraph's articles, has agreed to give her account of what happened more than seven months after the stories were published.

The newspaper will now attempt to prove a defence of truth based on her evidence, and the hearing is delayed by seven weeks.

* November 2018: The judge rejects a mid-trial application by The Telegraph to again amend its defence based on the evidence of a new witness, whose identity is suppressed.

The parties finish their final arguments and Justice Wigney reserves his decision.

* April 11, 2019: Justice Wigney found Nationwide News and Moran did not make out their truth defence and that Rush had been defamed.

He ordered Rush be paid $850,000 for non-economic loss including aggravated damages. He reserved his decision on special damages pending further submissions.