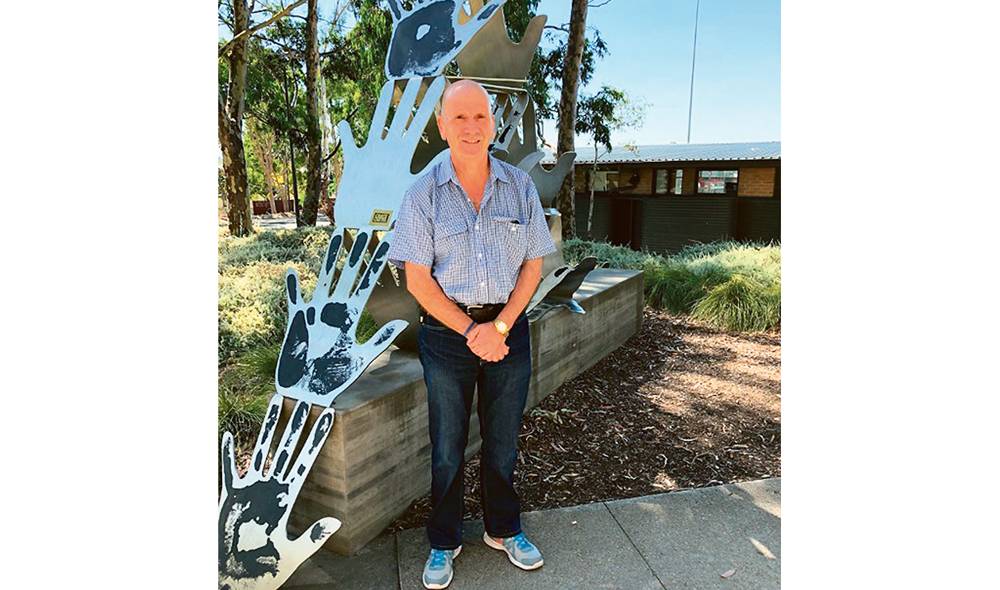 After his stroke Philip Wilkins discovered he had aphasia, a language disorder caused by brain damage that affects someone's understanding, speaking, reading or writing abilities.

WHEN Carnegie man Philip Wilkins suffered a stroke in 2010 his life changed forever.

Although physically fine, the stroke impacted his communication and writing skills.

After his stroke Phil discovered he had aphasia, a language disorder caused by brain damage that affects someone's understanding, speaking, reading or writing abilities.

He now helps others with aphasia communicate using an iPad.

A successful account manager with TAFE for more than 30 years, Phil returned to work and was given an iPad to help communicate. But after six months he left as he couldn't email or use the telephone - he couldn't decipher what the speaker was saying and his emails weren't making sense.

Phil began educating himself on how to improve his reading and writing skills and attended aphasia conferences but felt he needed regular support.

He then spotted a flyer for Link HC's aphasia support group. He hadn't heard of any such groups before and wanted the social element of a group environment and interaction with others who knew what he was going through.

He now regularly attends and loves learning new tips and seeing his friends.

Phil started travelling again and on a solo trip to the UK created a travel diary that included photos and blurbs of his experiences to send to family.

Even though he said he found it very time consuming having to constantly fix mistakes, he kept at it.

A few years later when Phil travelled to Spain, he looked back at his original diaries and was amazed to see the improvement in his communication. He was also more confident on his iPad and using Google Maps to get around.

Phil now empowers others by regularly presenting at aphasia conferences about the ways his iPad helps him communicate and the positive impact it has had on his life.

"Everyone is impacted differently from aphasia, but you can always help and understand others and their issues," he said.

"Give people time to talk independently - if help is needed, they will ask.".

The Link HC aphasia support group meets fortnightly in Chadstone on Thursday mornings. The cost is $8.