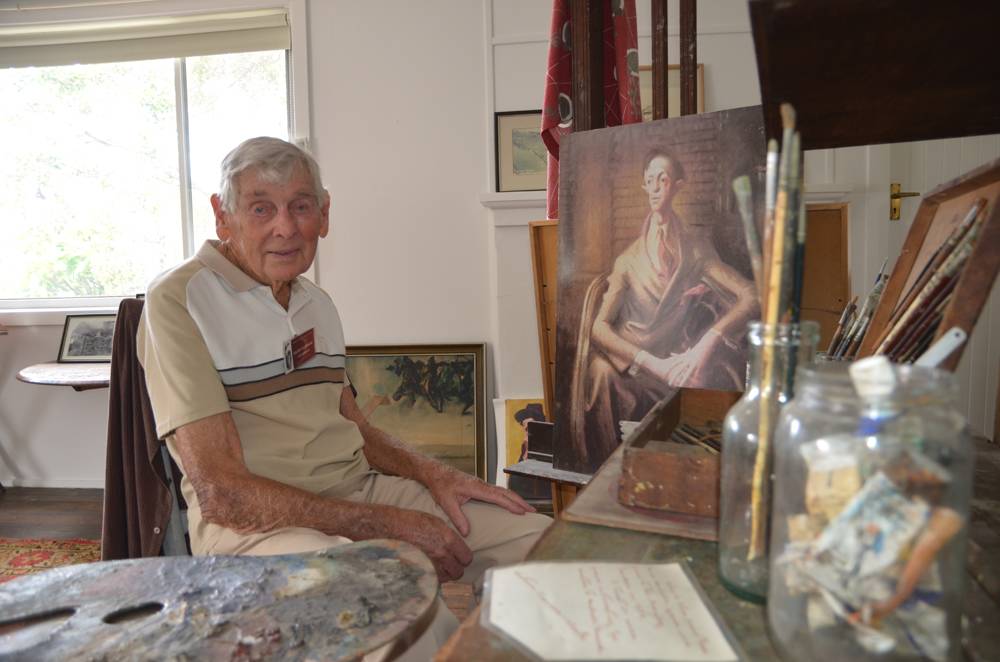 Cliff, who grew up around Lake Macquarie, is a volunteer at Dobell House in Wangi Wangi, where the late Archibald Prize-winning Dobell lived and worked from the mid-1940s until his death at the age of 70 in 1970.

It was here, in this quaint lakeside cottage, that Dobell produced many of his most famous works. Today, the former home and studio is maintained by volunteers.

"I would like to have met Bill. Everyone always said even if you ever met him he wouldn't talk about art," Cliff said.

"When I was living nearby in Toronto, I was at the Apex Club. One of our jobs was to come and paint Bill's house. But when we got here, he'd gone out. I just missed him."

Known as a quintessential Aussie bloke, Dobell was said to be more at home in the local Wangi pub or RSL with his mates than on the international stage, and was purported to be very shy.

He painted in every room in the house, often sleeping where he painted, with many of his famous portraits completed in the upstairs studio.

On the day The Senior visited Dobell House, we found Cliff downstairs wearing a judge's wig giving a presentation on the life of Dobell for the Red Hat Ladies of Rathmines. 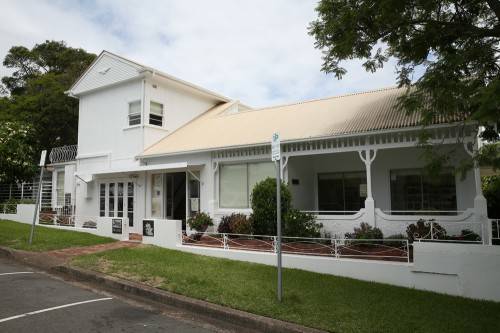 The lakeside cottage where Archibald Prize-winning artist Sir William Dobell lived and worked from the mid-1940s until his death in 1970. Photo: Max Mason-Hubers.

In the skit, Cliff played the Honorable Justice Ernest Roper - the judge in the 1943 Supreme Court trial where Dobell was called to defend his contentious Archibald Prize-winning portrait of fellow artist and soon-to-be former friend Joshua Smith.

Famously sued by competitors for the prize, Dobell was accused of entering a caricature. It was an event that rocked the lives of both artist and subject and made Dobell a household name.

Cliff came up with the idea for the role-playing sketch "to add a bit of local colour" to the presentations. And the Red Hat ladies lapped it up.

"We're very proud of the play, and it gets a lot of laughs," Cliff said.

Throughout the presentation, Cliff and the volunteers shared stories and anecdotes about the artist, who was knighted in 1966.

Cliff said people often "come out of the woodwork" and tell their stories of the artist. "A couple of years ago we had the office phone accidentally diverted to a wrong number in Wangi. I rang the number to apologise for the mix-up. The lady said, 'Don't worry, love. Do you know that Bill taught me to square dance!'"

With scores of framed Dobell reproductions around the house, as well as personal memorabilia and family mementoes, the museum is a great place to learn about his art and influences - as well as the man behind the paintings.

There's his half-finished bottle of Ballantine's Scotch whisky, abandoned painting materials, and in the 1950s kitchen Bill's Chain of Friendship made from the ring pulls of beer cans he would share with friends.

But Cliff still longs to see a real Dobell painting. "And if I met him, I'd ask how he does it? " he said. "I would try and get all his secrets from him."

A residence, a studio, a showcase...

ONE of our greatest artists, William Dobell moved to Dobell House, originally known as Allawah, with his sister Alice in 1943.

The first section (designed by Dobell while an apprentice architect) was built in the 1920s. It was added on to over 40 years, first by Dobell's father and later by the artist.

It was here where Dobell painted the 1959 Archibald Prize-winning portrait of Edward McMahon and the Wynn Prize-winning landscape Storm Approaching Wangi.