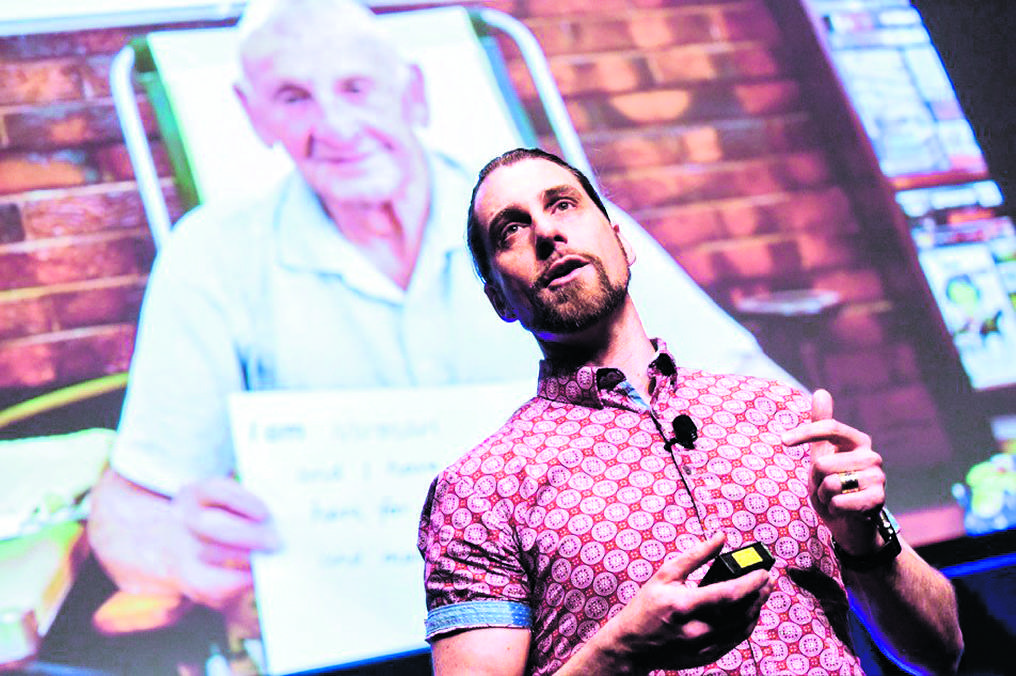 A social networking project aimed at reducing loneliness in seniors called the The One Good Street initiative has taken out out a top prize in Queensland University of Technology’s Senior Living Innovation Challenge.

IMAGINE living in a community where if the mercury hits 40, you can head to a neighbour’s to cool down, or if you’re suddenly in need of a walking frame, you can just borrow one from the man down the street.

These commonsense ideas are all part of an award-winning social networking project called the The One Good Street initiative, which recently took out out a top innovation award.

The project is aimed at reducing loneliness in seniors “one street at a time” through local initiatives that connect neighbours and businesses with older residents.

The challenge is a Facebook-supported group that allows neighbours to hop online to share knowledge and offer help and skills for older people living nearby and their carers. The live online platform also includes positive ageing activities and education.

Mr Bush said One Good Street, based on the neighbourhood Good Karma Networks, was part of an urban renewal movement championing neighbour-initiated care.

“From starting an ‘aircon club’ to help older residents during the heat, to sharing aged care equipment through tool libraries, to casserole clubs that provide nutrition and connection, One Good Street inspires and empowers neighbours to make a real difference in the lives of older people,” he said.

“It includes a feature that allows older people with similar interests who are feeling isolated to connect with each other within their local area. They are encouraged to spend one day or more in each other’s company, reducing the amount of services they require and giving family carers a break.”

Mr Bush is also working on the Library of Aged Care Things, an online platform where people can share aged care equipment, such as walking frames and occupational therapy equipment, with those who need them free of charge. A street accreditation process provides a way of rewarding neighbours for their participation.

The concept was developed in response to research and feedback from frontline At Home Support teams from Bolton Clarke, which identified social isolation as a significant factor affecting client wellbeing.

“The project also drives accreditation and referral pathways for local business, so if 10 to 15 per cent of a street signs up it could receive One Good Street accreditation,” Mr Bush said.

The model is running in Victoria in North Melbourne and Kensington, but Mr Bush hopes to ramp up the idea soon, under a franchise model, “where there is some form of mentorship for people who want to start a group in their area”.

The project was chosen from six finalists: a robotic arm that can be remotely controlled to provide help around the home; an app supporting better balance and falls reduction education; an entrepreneurial space for older people; an inter-generational community space model; and a design model that integrates housing for older people into suburban planning, outside of dedicated communities.

Mr Bush has been the driving force behind several Bolton Clarke community projects including One Good Death, looking at best practice end of life care in residential aged care.