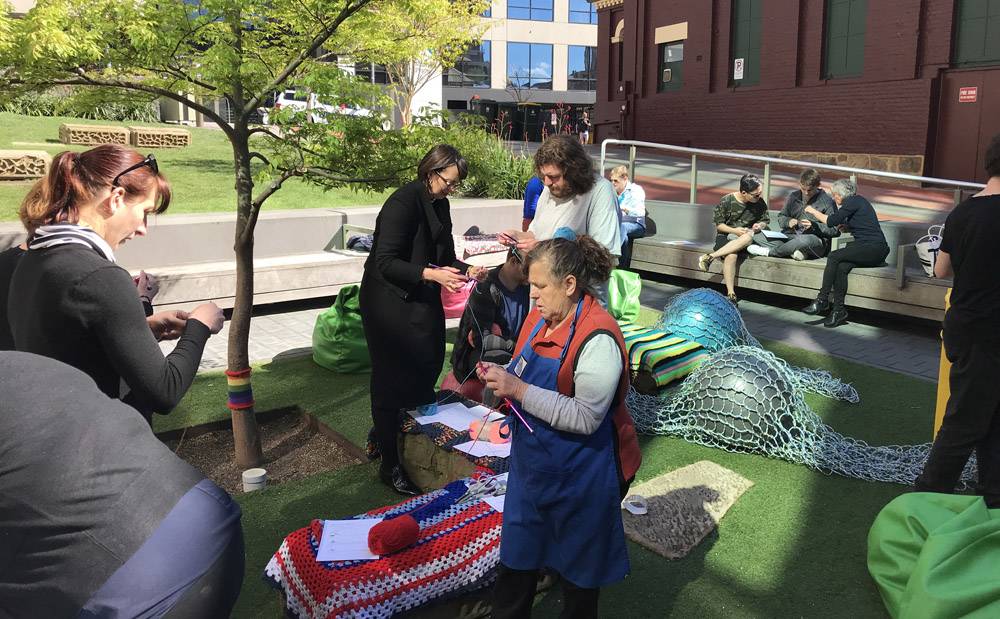 KNIT-IN – Tasmanians young and old form a bond at Commuknitty in Hobart.

SENIORS and millennials cast off together in Hobart at an intergenerational knitting and technology event.

SENIORS and millennials cast off together in Hobart at an intergenerational knitting and technology event.

The Commuknitty event at Mathers House courtyard was aimed at bringing generations together to share knitting skills and tips and tricks about technology.

It was organised by a group of young people from Hobart, Kingborough and the Eastern Shore who are all participants in the federally funded Backswing youth initiative.

“A part of the Backswing campaign development was to identify common grounds between the generations,” said co-ordinator Donovan John Szypura.

The group worked with the Positive Ageing Group at Mathers House, a community program offered by the City of Hobart.

“We identified that technology has become part of our daily lives and many crafts and traditional skills are at risk of dying out, so decided an interactive knitting event can bring generations together and build a stronger community.

“The aim was to create covers for mobile phones and tablets, having a good time, sharing stories, discovering common grounds and building friendships.”

“I’ve been given an iPad by my younger relatives to keep in touch with them, but I struggle a little with the technology so I really think this event offers a great opportunity to ask some questions and improve my knowledge,” she said.

Backswing team member Jepsom Shaw, 23, was surprised by the connections made on the day.

“Our aim was to connect the young and the older generation, but it turned out that we connected people no matter what age,” he said.

“A real community cares not only about people we know – it’s also about supporting and connecting with people we don’t know.”