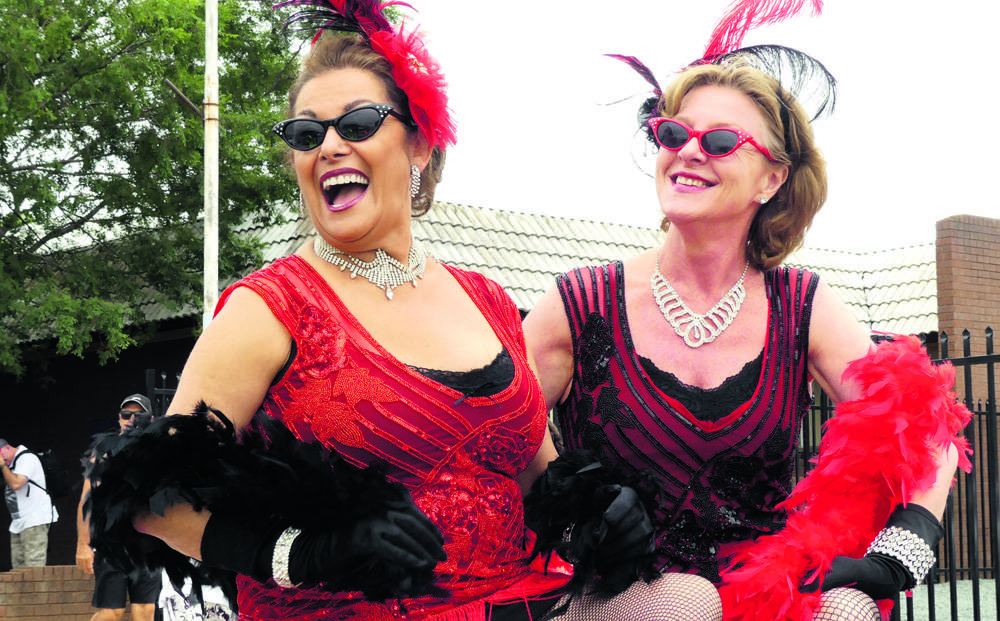 Donning kitten heels and cat-eye sunglasses, BRIAR JENSEN dresses up and joins the fun of the largest Elvis festival in the southern hemisphere.

Donning kitten heels andcat-eye sunglasses, BRIAR JENSEN dresses up and joins the fun of the largest Elvis festival in the southern hemisphere.

MY GIRLFRIEND and I look bizarrely out of place among dour early-morning commuters, as if we’ve dropped in from a distant decade. But at Sydney’s Central Station we find our tribe – a jovial crowd sporting voluminous petticoats and bejewelled jumpsuits, excitedly milling around Elvis Tribute Artists (ETAs) belting out hits on a makeshift stage.

A mix of wannabe rock’n’rollers, hard-core Elvis fans and bemused first-timers, we’re here to board the Elvis Express train to the 25th Parkes Elvis Festival.

Billed as the largest Elvis event in the southern hemisphere, the festival transforms the quiet, central NSW town for four days each January.

Best known for its CSIRO radio telescope, featured in the movie The Dish, the predominantly agricultural town was initially slow to accept the festival, which evolved from an Elvis-themed birthday party at the Gracelands Hotel.

Twenty-five years on and the townsfolk embrace Elvis mania and the millions of dollars it generates.

Parkes Shire mayor Ken Keith, in full Elvis regalia, joins the Elvis Express at Orange, along with Miss Priscilla – and when we arrive at Parkes the station is thronging with colourful Elvii and Priscillas waving and cheering as if The King himself is onboard. Which in a way he is, embodied by the professional ETAs who keep his music alive and have had us jiggling in our seats and jiving in the aisles on the rollicking ride from Sydney.

Here to play at the free and ticketed events, the various ETAs have their own following too.

Paying tribute to Presley through his music (rather than “impersonating” him) they each have their specialty Elvis eras.

Some are so close in sultry looks, gyrating hips and resounding vocals they quickly have audiences teary-eyed with In the Ghetto, clapping along to Hound Dog, rockin’ to the beat of Blue Suede Shoes and scrambling for sweat-soaked scarves during Love Me Tender.

With a record crowd swelling the town’s population of 12,000 by 25,000, accommodation is stretched to the limits, even with showgrounds operating as campsites and buses running to nearby towns.

We’ve scored a bedroom through the town’s home-hosting program, and are grateful for the air conditioning as the heat heads upwards of 40 degrees.

To say the festival is action-packed is an understatement.

A whopping 120 scheduled events, “unofficial” goings-on, like the hilarious Elvis rugby match, together with visiting Elvis museums and shopping for memorabilia, means we can get an Elvis fix around the clock – from Brekkie with Elvis to Bingo with Elvis, The King is everywhere... at The Dish, among the vines, singing gospel and at the trots.

While predominantly drawing an older crowd whose youth was influenced by Presley’s music, the festival is family-friendly, with junior Elvis and Priscilla look-alike and sound-alike competitions. It also attracts rock’n’roll-loving dancers, exponents of pinup and retro fashion, and classic and vintage car enthusiasts.

Chevrolets, Studebakers, Cadillacs and Corvettes park along Festival Boulevard, their polished chrome a photogenic backdrop for the primped and preened in beehives and Brylcreem.

Dressing up isn’t mandatory, but it’s definitely part of the fun – an inexpensive pair of aviators does the trick, and there’s plenty of Elvis and retro fashion for sale around town.

Some groups spend months preparing matching outfits, making people-watching mesmerising, and no more so than during the Northparkes Mines Street Parade.

Elvis booms over loudspeakers as participants walk, cycle, dance, cartwheel and cruise along Clarinda Street. Babies, dogs and ponies show off their finery and the Viva Las Vegas theme brings out the showgirls, from tiny-tots to graceful grannies.

Like a mega vitamin shot, festival euphoria lingers long after the event itself, as Elvis songs continue on an endless loop inside my head.

*The writer travelled at her own expense.

TICKETS for next year’s festival on January 10-14 are now on sale – www.parkeselvisfestival.com.au