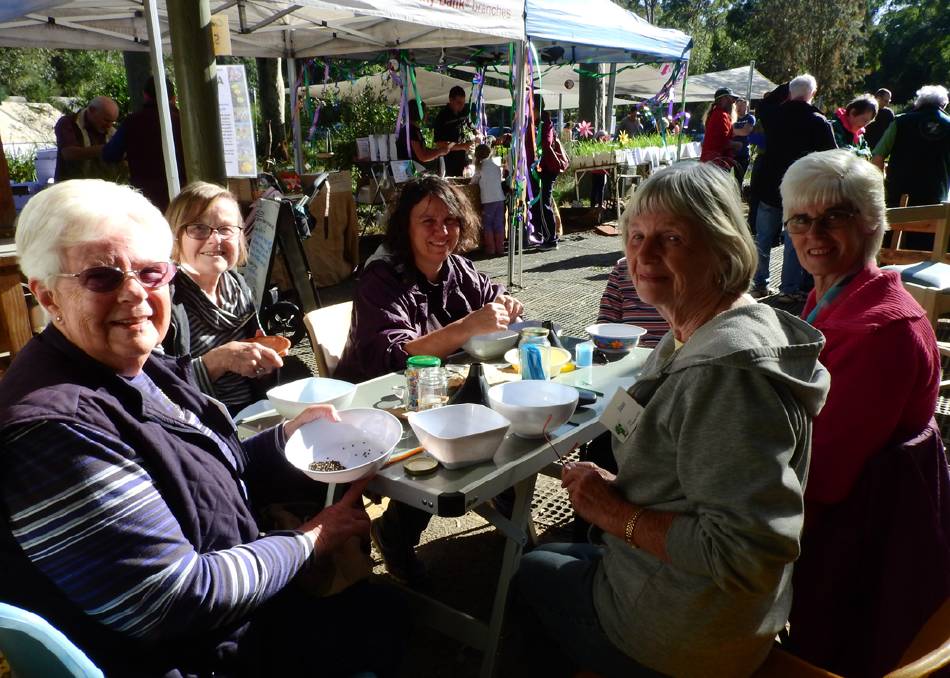 SEEDS OF HOPE – Members of the Seedy Ladies do their thing.

THE world may be facing many ecological challenges, but in Melbourne’s eastern suburbs two groups of volunteers are helping save the environment one seed at a time.

THE world may be facing many ecological challenges, but in Melbourne’s eastern suburbs two groups of volunteers are helping save the environment one seed at a time.

Every weekend a group of Hunters and Gatherers (HAGS) from the Knox Environmental Society head into the bush to collect seeds from grasses, shrubs and trees.

Some will be propagated and sold to local gardeners; others are used to revegetate areas that have suffered from clearing.

Many of the seeds are from rare and endangered plants, which are carefully reintroduced into areas where they have been lost, revitalising the environment and saving or bringing back much of the native fauna that require them for survival.

Once the seeds have carefully collected and put into brown paper bags, they are given to the Seedy Ladies who clean them, get rid of rubbish and, if necessary, pop them out of their pods before putting them into labelled, sterilized jars to be stored in the environmental society’s seed bank for later propagation.

Retired teacher Erica Price is a HAG. On Saturday mornings, mostly during summer, she joins other volunteers in local bush or even in the Dandenong Ranges, where they have a permit to collect seeds. At other times of the year they collect cuttings.

Erica became involved after developing an interest in terrestrial orchids when she retired.

The group has inspired her. “It’s doing what you believe in. Just to walk in the bush and see its beauty,” she said.

Seedy Lady Pat Riley said her group felt they were doing something important. “We feel our work supports the environment and that’s our reward.”

The Seedy Ladies meet at the Knox Environmental Society nursery on the Burwood Highway, Ferntree Gully, on Thursday mornings.

They sort the seeds of grasses, groundcovers and shrubs right up to huge eucalypts.

“It’s amazing to see that the seeds of these tallest eucalypts are some of the smallest we sort,” Pat said.

Each seed jar is recorded into a database and stored until the seeds are propagated, pricked out into tubes and sold to the public for $2.

Seeds from rare and endangered plants are grown for re-introduction, and some are planted out in an extension of the nursery so there will always be a supply of them.

Pat said the Seedy Ladies were a very social group and welcomed new members. “The urn’s always on for a cuppa.”