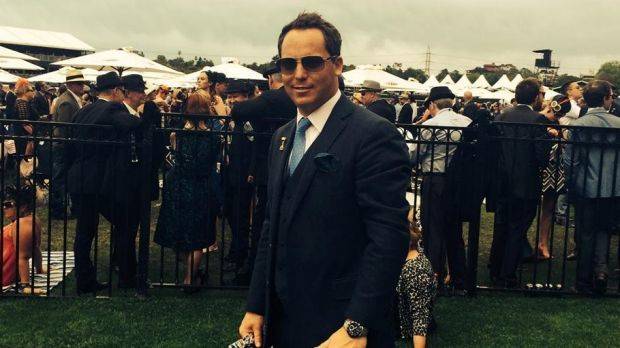 That's what Edward Charles Toller, 34, allegedly told police about the $745,000 in life savings he is accused of swindling from three elderly people while posing as a financial adviser, a court has heard.

Mr Toller's house on Old South Head Road, Vaucluse, was raided on Tuesday by detectives investigating a deregistered finance and investment company in the eastern suburbs.

Three people, aged between 70 and 85, reported losing their life savings to the company. Police allege the money was used for gambling on horse races and shopping.

Police allege Mr Toller established a finance and investment company in Woollahra, promising to use his clients' savings for investment purposes.

Detectives tracked down transactions through gambling companies, including Betfair.

The court heard Mr Toller told police he had a gambling problem, telling detectives: "I would say what I've done is completely illegal."

Legal Aid solicitor Mary Underwood said Mr Toller's British and Australian passports were seized by police, so he was unlikely to flee, and he needed to be released on bail to sort out his family's financial affairs.

Mr Toller vowed not to go to casinos or hotels, or gamble online, if he was released.

The court heard Mr Toller was on good behaviour bonds at the time of some of the alleged frauds for other dishonesty offences, including making a false statement.

Mr Gorgin said "the lure" of leaving the country would be too great for Mr Toller, as a jail sentence would be likely upon conviction.

Mr Toller, wearing a black sport jacket, spoke only to say "yes sir" to acknowledge he understood bail had been refused.

The matter will return to court next month.