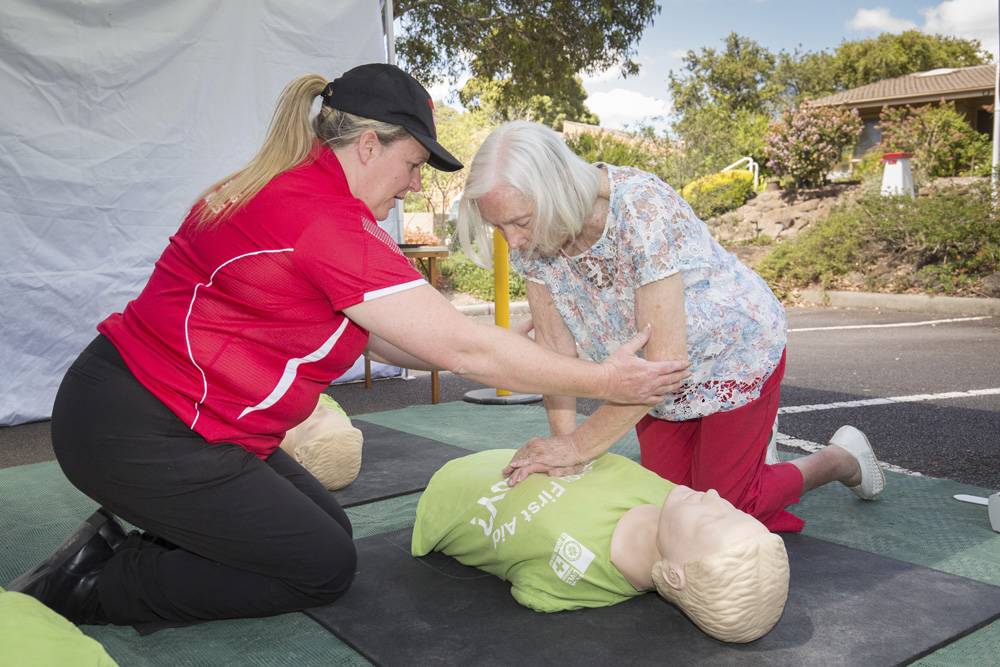 A TOUR bus belting out the sounds of the Bee Gees and disco diva Gloria Gaynor is helping Victorian retirees save lives.

A TOUR bus belting out the sounds of the Bee Gees and disco diva Gloria Gaynor is helping Victorian retirees save lives.

About 2700 seniors are expected to take part in the potentially life-saving training, where they can time their compressions to the beat of popular hits including the Bee Gees’ Stayin’ Alive and Gaynor’s I Will Survive.

The lab is a converted bus designed to deliver free first aid training in just 10 minutes.

It was launched last year after it was revealed only 2 per cent of Victorians feel “very confident” to respond to an emergency situation.

With more than 5500 cardiac arrests happening each year in the state, St John Ambulance Victoria’s John Kazanas said it was vital seniors have not only the training, but also the

confidence to act swiftly in an emergency.

“It really can mean the difference between life and death,” he said.

“First aid emergencies don’t discriminate, which is why equipping seniors with the knowledge, skills and confidence to step up and help their peers in a first aid emergency is vital and can even be life-saving.”

St John aims to have one person trained to provide first aid in every home, workplace and public space in the state.

According to research, only 26 per cent of Australians and 23 per cent of Victorians are trained and could step up in a first aid emergency.

And despite nearly all Australians (99 per cent) saying first aid is an important life skill, 28 per cent of Victorians have never completed a first aid course.