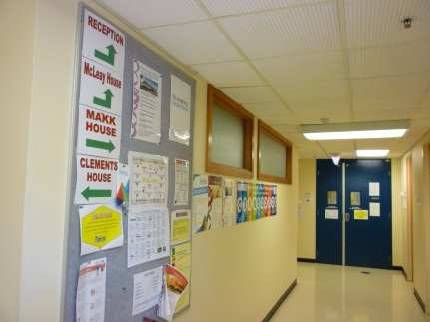 The review of the Oakden facility said the building was laid out in a confusing manner for residents.

A STATE-RUN nursing home for vulnerable dementia patients is to be shut down amid allegations of patient abuse and medication errors.

A STATE-RUN nursing home for vulnerable dementia patients is to be shut down amid allegations of patient abuse and medication errors.

The Oakden Older Persons Mental Health facility in Adelaide's north-east is set to close following a scathing review by SA chief psychiatrist Aaron Groves, which was sparked by the alleged overdosing of former resident Bob Spriggs.

The 66-year-old, who has since died, was admitted to the facility with multiple illnesses including Parkinson's disease and Lewy body dementia. His family say he sustained unexplained bruises while staying at the home last year and are "horrified" by the report.

Eight staff have been stood down and 21 reported to national regulator the Australian Health Practitioner Regulation Agency for action.
Three incidents known to have taken place at the facility in the past eight months have now been referred to police.

It also found medical errors had gone unreported, that staff left patients on the floor instead of dealing with their behaviour and reports of staff bickering and discontent.

The SA government has apologised for the mistreatment at the Oakden facility and accepted all recommendations of the report.

Mental Health Minister Leesa Vlahos said there was a "culture of cover-up amongst some of the staff at this facility".

She said findings from the report were so disturbing the government would overhaul its model of care for all elderly people with severe mental illness and dementia.

"Dr Groves's report is deeply concerning and the practices outlined within the report are reprehensible," Ms Vlahos said.

"The report makes it clear that, while recent efforts have been made to improve the quality of care provided to residents, the Oakden facility is not suitable to provide modern and appropriate care to some of our most vulnerable consumers."

She said the government will develop a statewide model of care throughout its health networks "to ensure we see dramatic improvements in how care is delivered to older people in our community with mental illness".

The Oakden facility has three wards: Makk, McLeay and Clements. The government will close Makk and McLeay and plans to shift Clements at a later date.

Makk and McLeay were hit with sanctions from the commonwealth in 2008, when they failed 26 of its 44 health standards.

Residents of Makk and McLeay will be transferred to other mental health or aged care facilities over the coming months.

In April, the coroner announced an inquest would be held into the death of an another patient at the Oakden facility. Graham Rollbusch, 70, suffered head and neck injuries in his room in 2008.