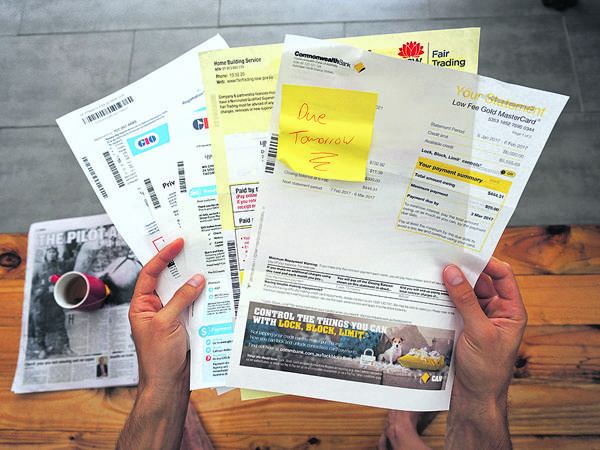 Campaign calls on businesses to bring back free paper bills.

A CAMPAIGN is under way to get Australian businesses to return to free paper billing.

A CAMPAIGN is under way to get Australian businesses to return to free paper billing.

Keep Me Posted (KMP) advocates every Australians’ right to choose, free of charge, how they receive important financial information. It is supported by unions, Australia Post and the print industry.

Despite federal and state governments’ plans to get older people “tech savvy” a high percentage of seniors are not digitally connected. The most recent Australian Bureau of Statistics data shows only half of Australians over 65 are regular internet users – a figure which further declines with age.

Factors identified as preventing older people from accessing digital technology include lack of interest, fear, physical incapacity and poor availability in remote areas. But for many the simple reason is cost.

“Digital has a great many strengths. We are not against it, but we are pro-choice,” she said.

“If it is easier for an older person to have their bill printed for them and posted out, they should not be penalised.”

Ms Northwood said research showed it cost big business about 88 cents to provide a consumer with a paper bill – including postage – yet the average cost to the consumer of a paper bill was $2.20-$2.50 and “we’ve seen some companies charge $6.70”.

The campaign is also supported by the Council on the Ageing. “It is discriminatory against older people who are not connected to the internet world, and indeed to anyone who cannot afford to be,” chief executive Ian Yates said.