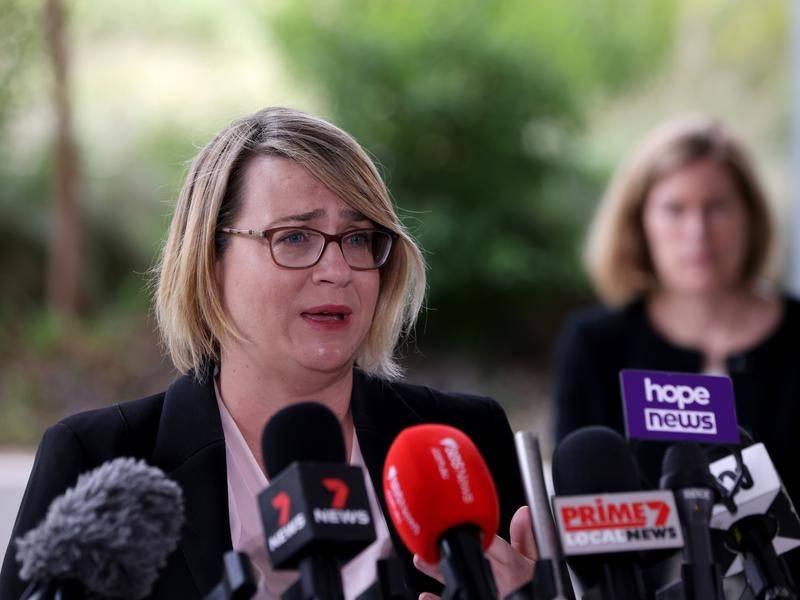 Georgina Harrisson says the plan to get unvaccinated NSW teachers back is subject to an assessment.

Unvaccinated NSW teachers could be welcomed back into classrooms from next term as the education department reveals its plan to end COVID-19 vaccine mandates.

Unvaccinated NSW teachers could be welcomed back into classrooms from next term as the education department reveals its plan to end COVID-19 vaccine mandates.

Teachers could go back to class and departmental corporate staff return to the office under the plan, after consulting with stakeholders on Friday about finalising it within the next two weeks.

When school returns on July 18, only staff working in specific purpose schools, or who help students at those schools get to class, would need to be triple vaccinated.

Casual unvaccinated staff would be allowed back while teachers who resigned or were dismissed would be able to apply for advertised roles.

"We have taken the time that was needed in coming to this position to ensure the safety and wellbeing of our staff and students would not be compromised," Ms Harrisson said.

NSW Teachers Federation senior vice president Amber Flohm told AAP the union has requested a copy of the risk assessment and the relevant material it was based on.

"Our focus remains as it has done throughout the pandemic, on the health and safety of our students and teachers, based on expert health advice and risk assessments, so certainly, we will need to see those," she said.

The mandates were introduced at a time when there was no approved vaccine or widespread coverage for many younger students, which is no longer the case.

"The health advice we received (then) was the best way to keep children safe was to have the adults around them vaccinated, and that was the basis of the mandate," Ms Flohm said.

Close to 1000 active casuals could return to classrooms on the first day of term 3, Ms Harrisson said, but it was unlikely to have much impact on current staff shortages, which were attributed to increased sick leave being taken.

Ms Flohm said sick leave has exacerbated the pressure on schools but was not the reason for staffing shortages.

"The department has known for a long time of the impending staff shortages ... they knew that there would be a significant staffing shortage prior to COVID."

"Unsustainable workloads and uncompetitive salaries is the cause and until such time as the government addresses that and takes action on that unfortunately for our students those staffing shortages will remain and they will grow," Ms Flohm said.

Enhanced cleaning and ventilation measures would be retained and rapid antigen tests supplied under the plan to drop mandates for most education staff.