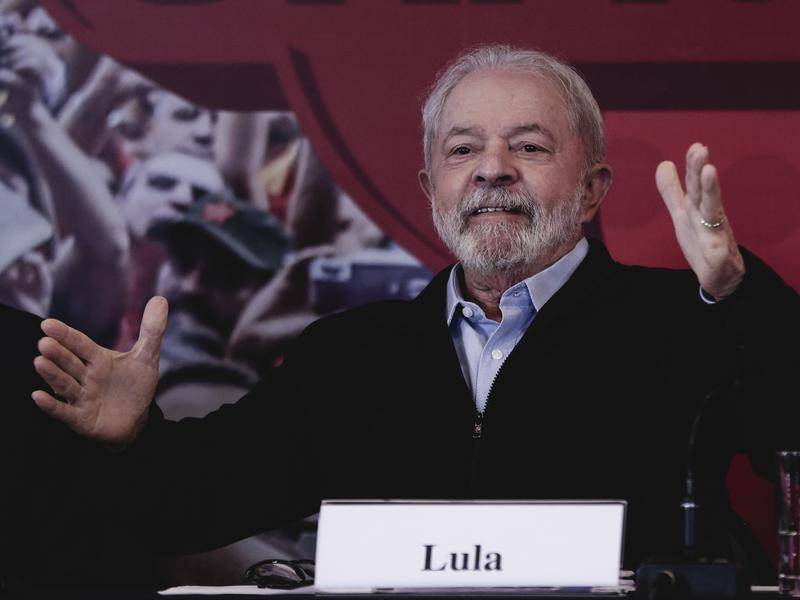 Lula drew 47 per cent support according to a Datafolha opinion poll released on Thursday, against Bolsonaro's 28 per cent.

The polling results suggest time is running out for other candidates hoping to make it a three-way race.

While leftist former state governor Ciro Gomes gained one percentage point from the last poll, he had the support of just eight per cent of voters polled.

In a potential second-round runoff between the rivals, leftist leader Lula now has a 23 percentage-point lead over right-wing Bolsonaro, down from 25 points in May, the survey showed.

This week, Lula presented an official plan outlining government priorities if elected, including a new fuel pricing policy, removing a cap on government spending, and dramatically reining in deforestation.

Lula welcomed Thursday's poll results on Twitter, saying that despite a month of "TV advertising and a flood of fake news on the internet", Brazilian people showed they want to "get rid" of the current government.

Bolsonaro's office did not immediately respond to a request for comment.

Datafolha interviewed 2556 Brazilians of voting age (16 years) on Wednesday and Thursday. The poll has a margin of error of two percentage points.