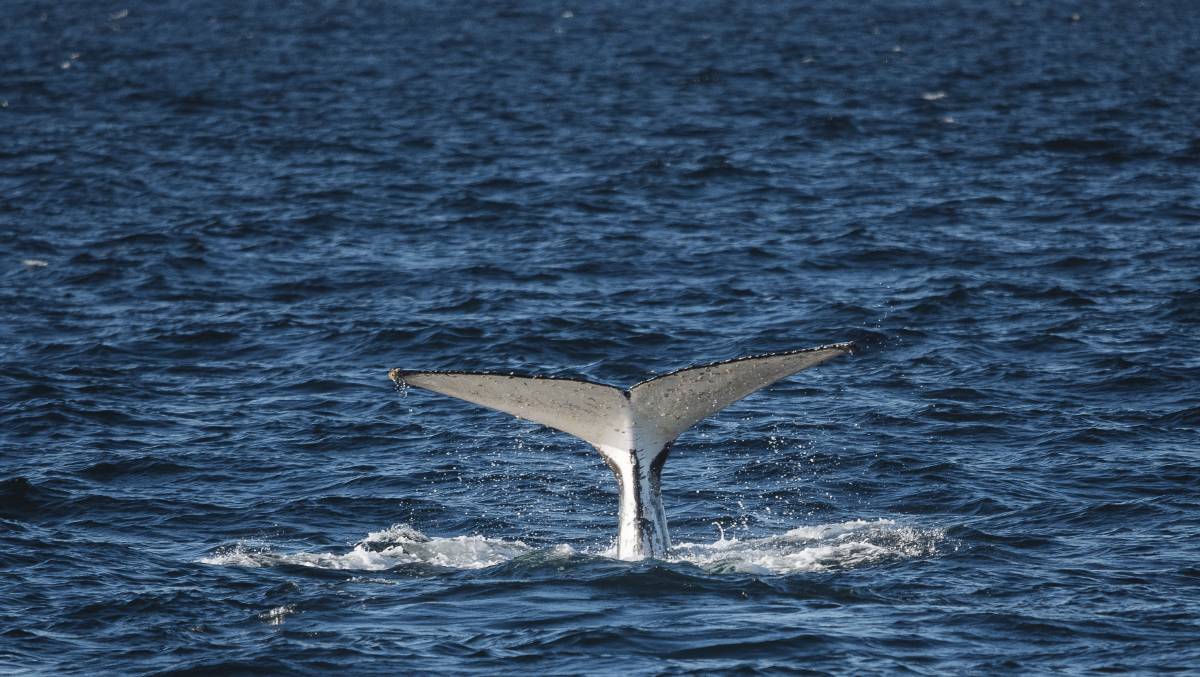 MAGNIFICENT: A humpback whale spotted off Sydney Heads on its annual migration along the NSW coastline. Image credit: Destination NSW.

The magnificent sea mammals can be seen around the city's waters during the cooler months of the year.

Spot whales in Sydney from May to October, as they cruise past iconic beaches or surface beside ferries in the harbour.

You might hear them before you see them. That telltale 'whoosh' of air through the blowhole as they break through the surface of the water. Or maybe it's the excited cheers of other passengers onboard your boat that alert you to their arrival. It's a breathtaking sight; humpback whales weighing up to 40 tonnes leaping from the ocean with effortless grace, before crashing back down in a burst of spray.

About 40,000 humpback and southern right whales make their way along the NSW coast each year between May and September, migrating along what is known as the 'Humpback Highway'. Many of them make a special appearance closer to the shore and occasionally, a few will drop in to Sydney Harbour, frolicking amongst the yachts and ferries. Later in the season, around October and November, mothers and their new calves can be watched making the return journey down south.

A selection of Sydney's whale-watching spots, from north to south, are presented below.

At the northern edge of Sydney, 45km from the city, Barrenjoey Headland at Palm Beach is where the whales wave farewell before continuing up the coast. Hike up to the Barrenjoey Lighthouse, just over 90 metres above sea level, for sweeping views along the coast - keep your eyes peeled for the tell-tale burst of spray.

Depart Circular Quay for a memorable ferry ride across Sydney Harbour before departing at Manly. Hop off and makeyour way through the buzz of cafés and bars to the cool, quiet bushland of North Head in the Sydney Harbour National Park. Perched high above the water, there are uninterrupted views of the harbour and out over the Pacific Ocean. The paved Fairfax walk is an easy 1km track that loops around North Head and takes in three lookouts - ideal for whale watching.

Try your luck at spotting whales from a different perspective, on the other side of Sydney Harbour at South Head. Embark on the 2km South Head Heritage Trail and soak up scenic beach and harbour views, and if you strike out here, make your way to The Gap lookout for more whale watching vantage points. Afterwards, refuel from your adventures with a delicious lunch at Watsons Bay, all just a 25-minute drive or ferry ride from the harbour city.

Pack your adventurous spirit and traverse the winding 26km trail between Bundeena and Otford - The Coast Track. Hugging the cliffs for much of its route, the entire track will take a up to two full days to tackle but offers plenty of lookout points to spot these gentle giants in their natural habitat along the coast.

Get up close and personal with these bewildering creatures on a whale-watching cruise, departing regularly from Circular Quay, Darling Harbour, Manly and Cronulla during the season. The cruises follow the pods along the coast, with vessels ranging from fast and nimble speedboats, to larger ferry-style boats.