The shortest day of the year comes with a long, long history.

On the shortest day of the year, when the sun dares to visit for only a few short hours, the bravest of the brave strip down to their swimmers and dive into the sub-zero waters of Antarctica.

Among the hardy Aussie expeditioners on the frozen continent, it's become a chilly tradition to mark the winter solstice on June 21.

Solstice swims take place all over the world, including as part of Tasmania's Dark Mofo festival.

But what's the solstice and why does it matter?

The word 'solstice' comes from two Latin root words 'sol' and 'sistere'. It means 'sun' (sol, as in where we derive 'solar') and 'to stand still' (sistere). Literally meaning, when the sun stands still.

Due to the axis tilt on which the earth orbits, the world experiences two solstices and two equinoxes.

Each date heralds the official start of a new season. The winter solstice is the shortest day of the year, with the least amount of daylight and the longest night.

Meanwhile, the summer solstice is the longest day of the year with the shortest night.

From June 22, the days will start to get longer with an incremental increase in the amount of sunlight we see each day.

Because of the sun's position, it's said that if you stand in direct sunlight at noon on the winter solstice, your shadow will be the tallest it can ever be in natural light. 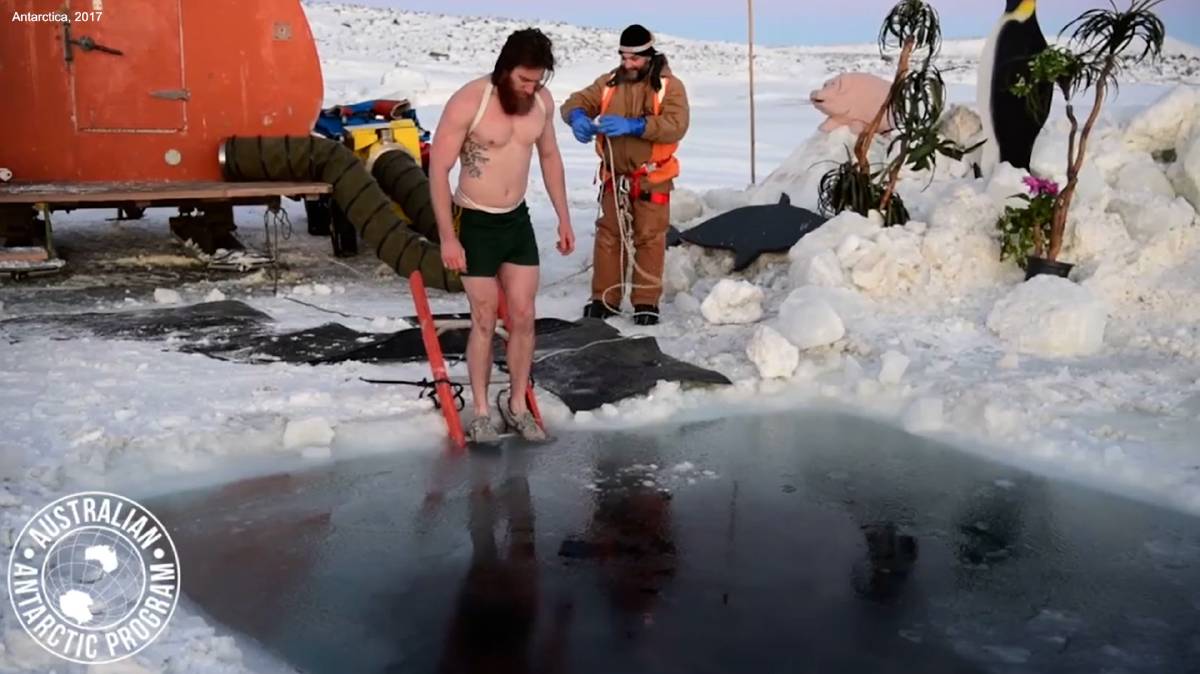 Owing to the days' connection with changing seasons, throughout history, the solstices and equinoxes have been celebrated with a range of rituals and offerings to gods.

Ancient China celebrated the Dongzhi Festival between December 21 and 23. It's said to be one of the most important times on the ancient calendar and is connected to the yin and yang philosophy of balance.

Pagan druids welcomed Alban Arthan or the 'light of winter' festival. It is said to commemorate a tale of patricide between the Holly King and the Oak King.

The druids recognised the solstice as the start of a new year as one sun dies and another is born, just as one king succeeds another.

Scandinavians hosted the Feast of Juul for the god Thor during the December period. It's from this tradition that the burning of the Yule log at Christmas comes.

Ancient Romans marked the Saturnalia festival for Saturn, the god of harvest and agriculture.

European pagans lit bonfires to welcome the change in season.

It is said that the famed Stonehenge in Wiltshire, England may have been built to track the sun's movement during the solstices and equinoxes.

Its arrangement aligns with both the winter and summer solstices in the northern hemisphere.

Some of these ancient traditions continue to be observed, though many have fallen away over time. The solstices and equinoxes continue to be important in marking the change of seasons, weather patterns, and farming practices.

And, of course, it's a day that continues to hold its importance for those brave souls who plunge into the frozen depths on the mid-winter's day.