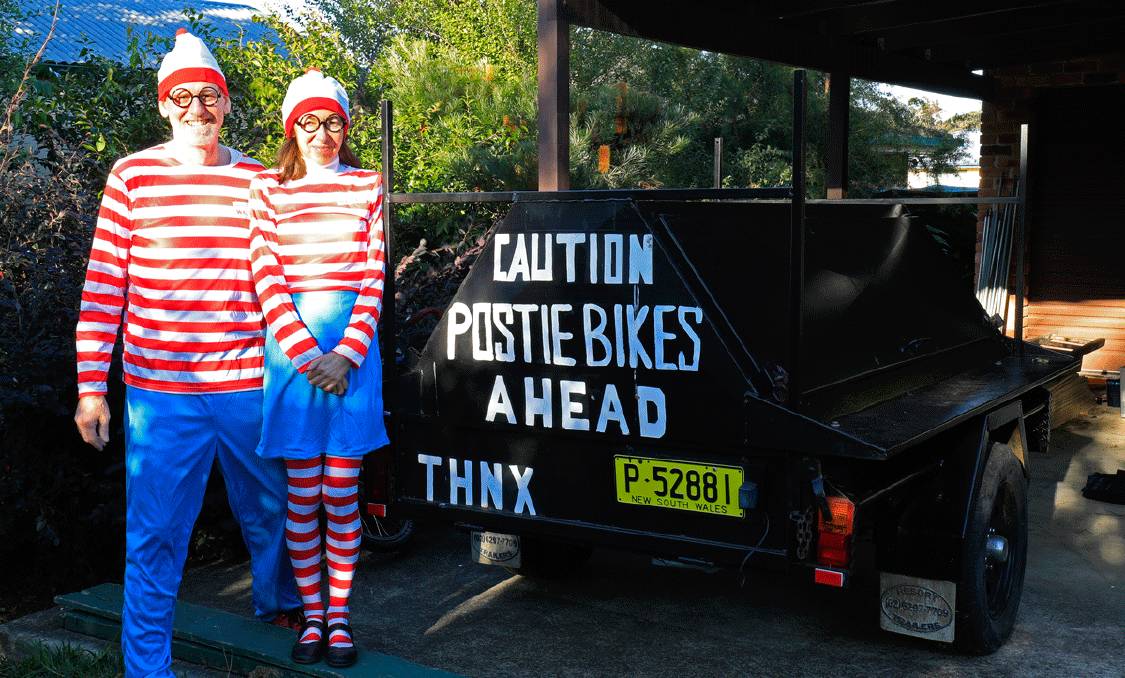 Mick and Barbara Davey in their outfits for the 15,000km postie bike journey in support of Soldier On, advocating for veteran suicide prevention.

Ex-servicemen are on the ride of their lives around Australia for service people affected by mental trauma.

Three ex-servicemen will ride a counter-clockwise loop of Australia on postie bikes to raise awareness and support for Soldier On to aid service men and women suffering from mental trauma.

Mick Davey, from Nowra on NSW's South Coast, is the brainchild of the ride, having performed a similar feat once before on a pedal-powered bike, raising more than $51,000 to support kids living with cancer.

"We're trying to inspire defence personnel and veterans to start a conversation, to chat with someone, that's the single most important thing you can do," Mr Davey said.

"You're not weak if you're suffering depression and it's not weak to seek professional help, that's a sign of strength."

"My son told me it was good we're supporting Soldier On because he told me a story of a young veteran who came back from Afghanistan suffering from PTSD and took his own life, then his best friend committed suicide in sympathy and that breaks my heart," Mr Davey said.

Mr Davey will be joined by David Mace from South Australia and Joseph Kolossa, the three of whom met while serving at HMAS Albatross as 16-year-olds.

"We all signed up to the Navy as 15-year-olds then a year later we met at Albatross and became the best of mates," he said. 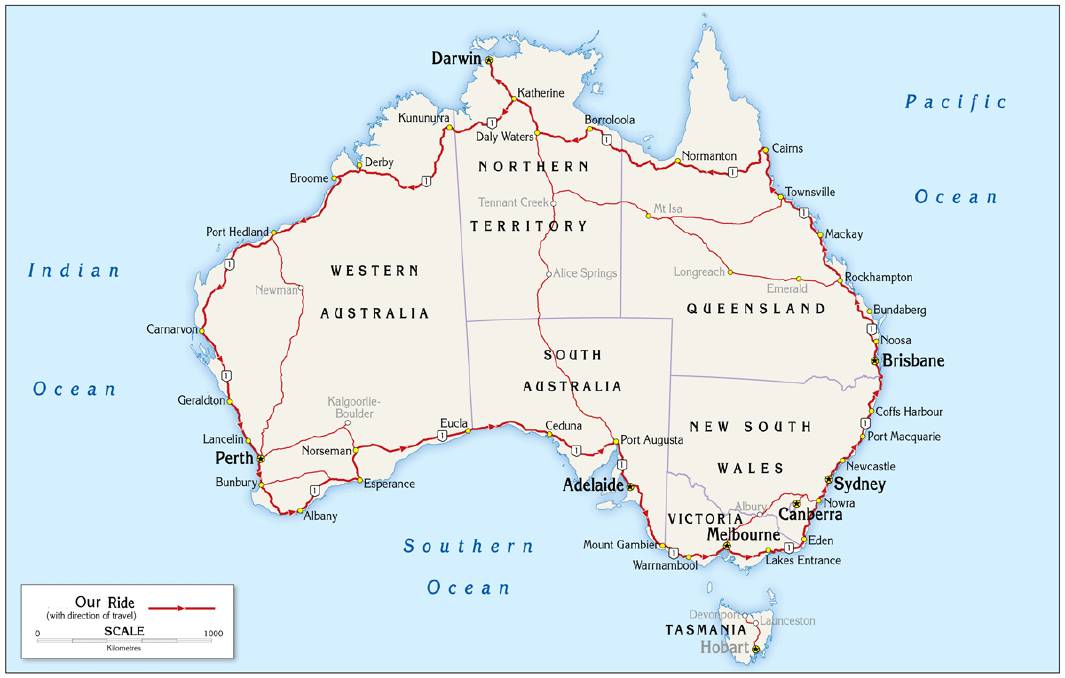 The Journey will largely follow Highway 1 and spans almost 15,000 kilometres to complete a full loop of Australia.

"We served our country and now we want to help people who serve or who have served, but find themselves in a dark place."

The Soldier On group advocate for veteran suicide prevention and was a natural pick for the trio.

They will also be standing behind Soldier On's motto of HELP - Health and Wellbeing, Employment Support, Learning and Education and Participation, which results in social connection.

The trio will also dress as Where's Wally for the five or six weeks of the ride.

"We're going to be a bunch of Wally's riding around," Mr Davey said with a laugh.

"It's something we're doing because people suffering mental illness are hard to find, they're trying to blend in and hide their symptoms, so that's the metaphor," Mr Davey said.

Mr Davey's wife Barbara will be one of three support drivers which also includes Rhonda Green from Callala Bay and Cherre Hawkins from Melbourne who will all be dressed as Wanda.

The journey will cover every coastal corner of Australia, spanning almost 15,000 km and the group expect some days to span 500 or 600km.

Mr Davey published a landscape photographic book on his previous pushbike journey and will have his camera and a drone for this trip as he expects to encounter some stunning views along the way. 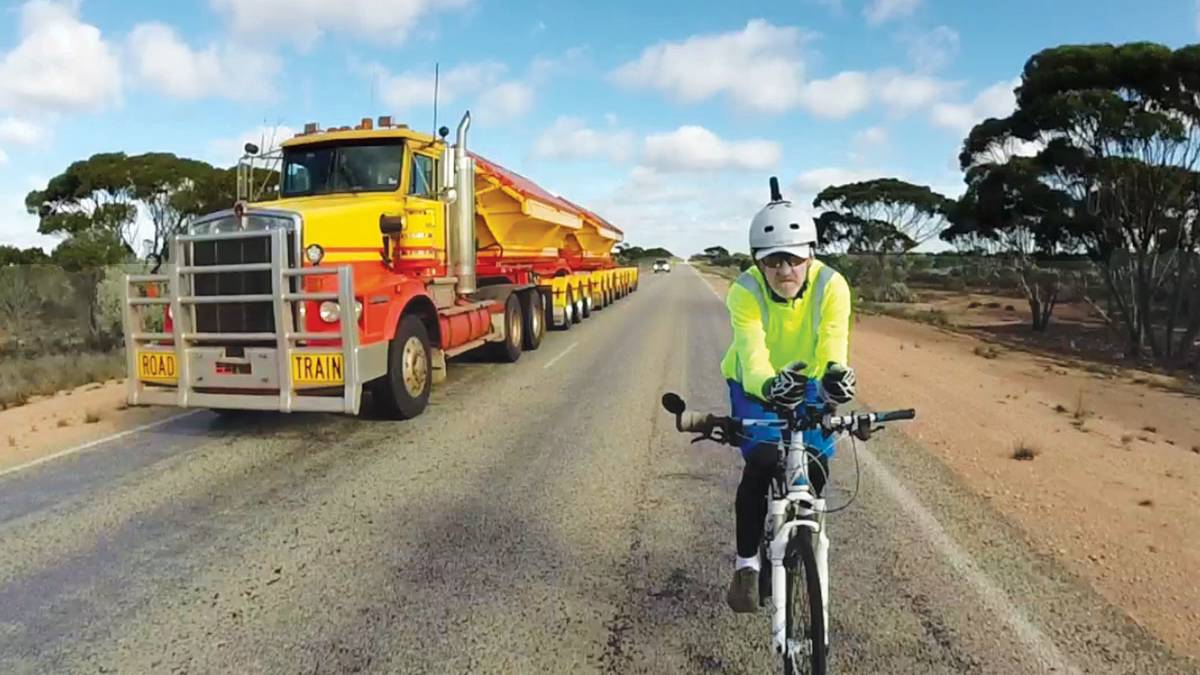 Nowra's Mick Davey has previously ridden around Australia raising over $50,000 to support kids living with cancer.

"It's just one of those things, you see something beautiful, you snap a picture," he said. 'I'm sure this time around I'm bound to see many gorgeous vistas."

Mr Davey said they hope to raise $100,000 for Soldier On and have already welcomed around $3,000 in donations.

The ride will officially launch on Saturday morning outside the gates of Albatross as a nod to the trio's Navy ties, but Mr Davey said he wouldn't be able to hit the road until Tuesday with he and his wife in isolation after falling ill with COVID-19.

But anyone looking to follow or support the journey can visit apostiebikeride4PTSD.com.au or the group will have donation buckets if you spot them along their ride.