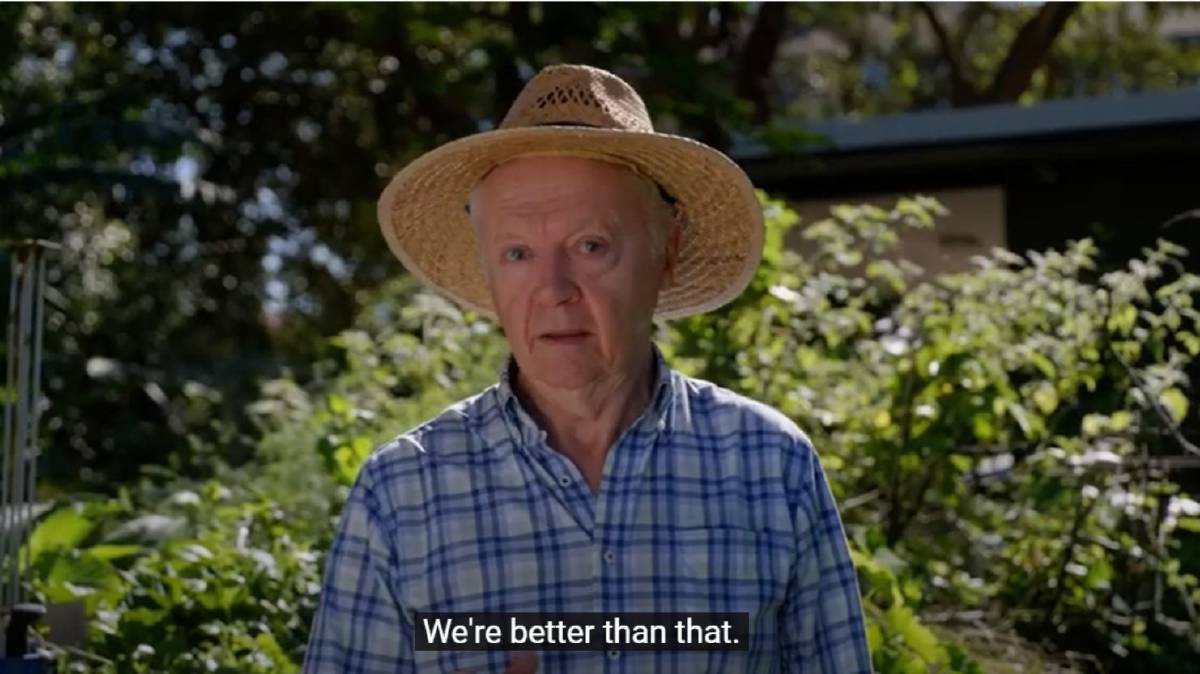 Bill conn in a still from the video "We're Better Than That".

One of Australia's leading voiceover men has given his voice to a new campaign to end elder abuse.

He's known as one of Australia's leading voiceover artists. Now Bill Conn has set his sights on elder abuse.

Conn features in We're Better Than That, a video that reflects on the actions we can each take to recognise, prevent and speak out about neglect and violence against older people.

"It's very important to raise awareness of the different forms of abuse older people can experience," he said.

"There is help available and no one should suffer alone or in silence. Talk to your doctor or health professional.

"Everyone has a right to feel safe and we all have a role to play to help others - we're better than that."

Conn also highlights the importance of older people trusting their instincts and seeking support from friends and family when necessary.

The video has been released by the Eastern Suburbs Domestic Violence Network in NSW - but its message rings true no matter where you live.

Bill Conn has worked extensively in voiceovers for radio and television; provided character voices for puppets and animation, including eight voices for the 26-part TV series Captain Kookaburra's Road to Discovery (ABC) and two lead voices for the 26-part TV series Wicked (TEN Network). He was a "house" voice for SBS promotions (2005, 2006, 2007) and more recently recorded many character voices for Pacific and Beyond's animated children's television series Milly and Molly.