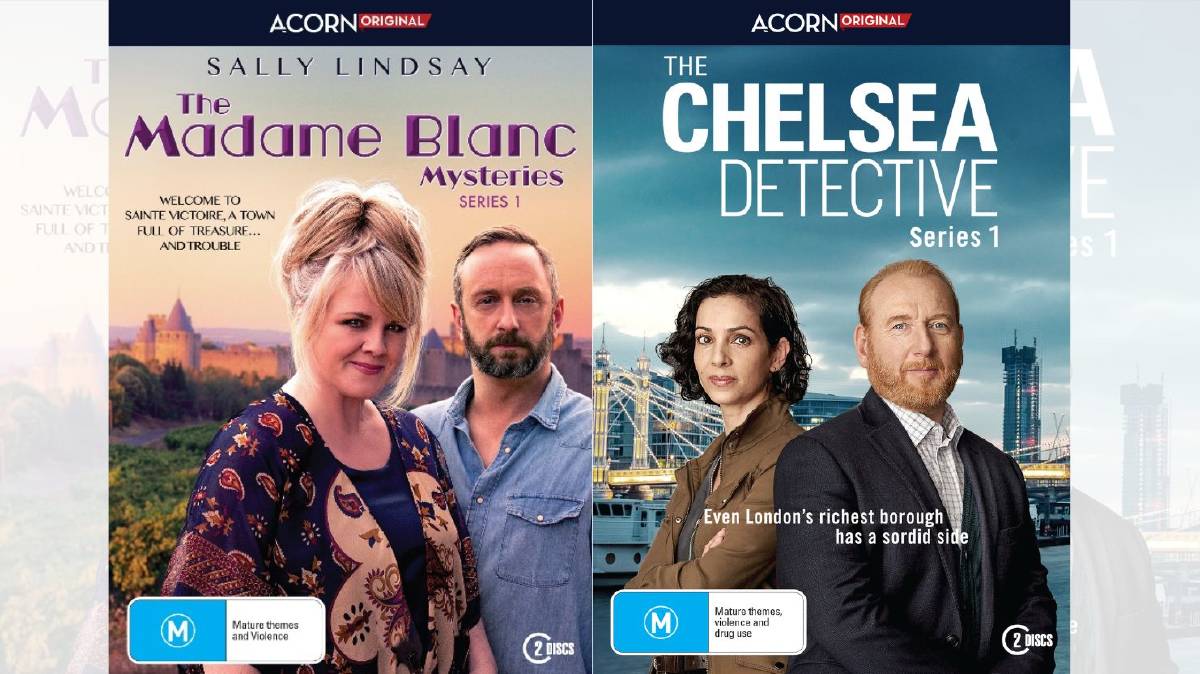 DOUBLE TROUBLE: We have two packs to give away, each containing a DVD copy of The Madame Blanc Mysteries series one and The Chelsea Detective seies one.

We have two packs of enthralling British shows on DVD to give away.

With the cold snap upon us, The Senior has just the right entertainment on DVD for binge watching while curled up on the couch.

First up is series one of The Madame Blanc Mysteries. When her husband, Rory, dies suddenly while on a business trip abroad, antiques dealer Jean White (Sally Lindsay, Mount Pleasant) is shocked to learn he's left her nearly bankrupt. Grieving and blindsided, she heads to their one remaining asset: a cottage in the French antiques hub of Sainte Victoire.

She intends to sell the property and return home, but once in town, Jean discovers that not only are the circumstances of Rory's death suspicious but also that he was having an affair. Aided by sympathetic taxi driver Dom (Steve Edge, Scarborough), Jean begins investigating Rory's death and quickly finds that the colourful locals have a treasure trove of other mysteries for her to assess, too. A still from The Madame Blanc Mysteries series one.

There are six riveting episodes to keep you occupied. The DVD has an RRP of $34.95.

Once you've finished that, move on to The Chelsea Detective. London's Chelsea neighbourhood is a beautiful borough for beautiful people, but it has a dark underside of deception, violence, greed - and murder. Bodies have a way of showing up, and things are rarely what they seem.

DI Max Arnold (Adrian Scarborough, Sanditon) lives on a shabby houseboat on the Thames, just yards from some of the most valuable real estate in Europe. He's an unprepossessing figure with one of the shrewdest minds in the Metropolitan Police. His partner, Priya Shamsie (Sonita Henry, Luther), is a no-nonsense detective sergeant newly returned from maternity leave. Together, they must root out the truth behind heinous crimes and bring those responsible to justice, no matter their wealth or status. A still from The Chelsea Detective.

Four movie-length episodes will keep you thinking and engrossed in the storylines. The DVD has an RRP of $34.95.

We have two packs to give away with one of each DVD in them. Fill out the entry form below for your chance to enter the draw.