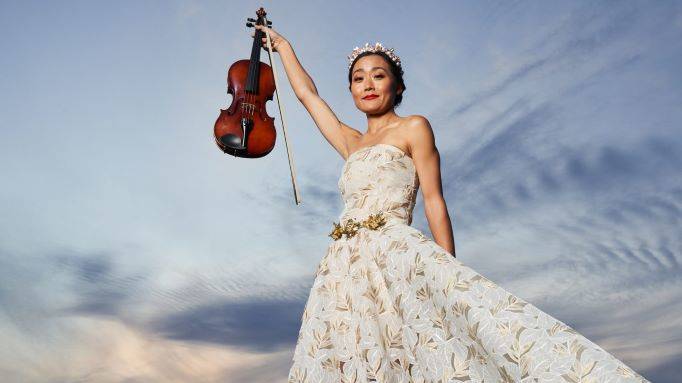 Jack Liebeck has invited musicians to indulge in their favourite pieces - classical or otherwise - at a prestigious festival.

When Jack Liebeck asked invited musicians to perform their guilty pleasure, they jumped at the chance.

It is Liebeck's first Australian Festival of Chamber Music (AFCM) as artistic director and he's opening the famed 10-day musical event in Townsville to be staged from July 29 to August 7.

He's also introduced a number of new initiatives including Guilty Pleasures in which he invited musicians to select a favourite piece of music they like to perform - classical or otherwise - and has programmed these performances across the 10 days.

Australian mezzo-soprano Lotte Betts-Dean, who is flying back home to Australia from Europe, is collaborating with pianist Kristian Chong to perform The Inchworm, composed by Frank Loesser and originally performed by Danny Kaye in the 1952 film Hans Christian Andersen. They perform as part of The James Cook University Opening Night concert, New Beginnings.

On July 30, fans can see one of the world's greatest harpists in Alice Giles perform Debussy's Prelude for Piano, from Book 1, (The Girl with the Flaxen Hair).

Monday's Concert Conversations 2 sees Australian composer and AFCM Composer in Residence Paul Dean indulge with Acker Bilk's Stranger on the Shore, the 1961 hit that spent 55 weeks in the charts and was kept from the top spot only by Cliff Richard's The Young Ones.

He performs this on clarinet; while his wife Trish Dean performs Leonard Cohen's iconic piece Hallelujah on cello.