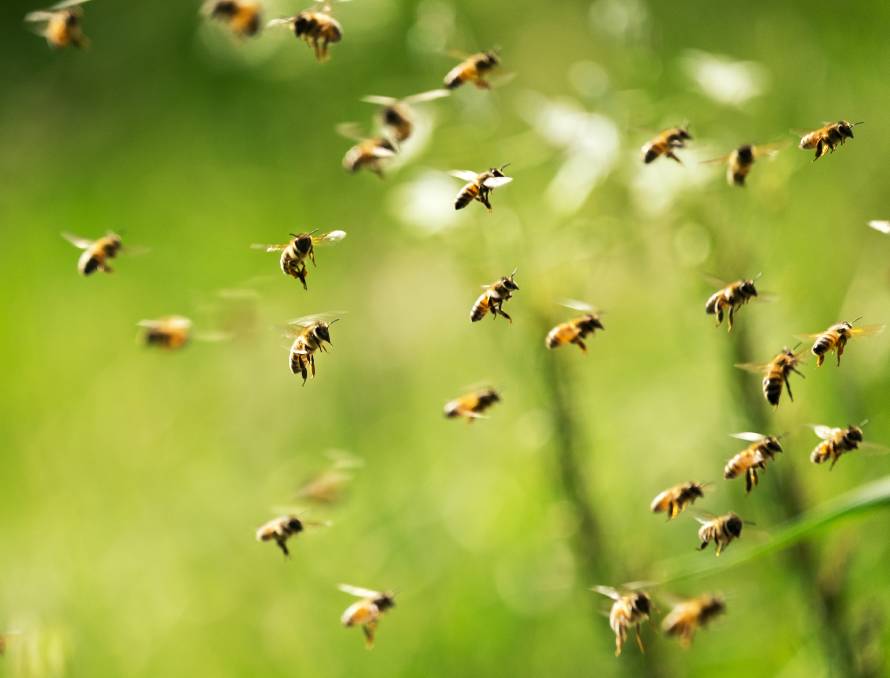 Bee in the garden. Picture: Shutterstock.

They might not have heaters, but insects know being in numbers is a way to keep warm when the temperature drops.

So where do insects go during the winter months? Some migrate to seek shelter from hostile conditions, while others will use the principle of safety in numbers which also equates to warmth.

The honey bee is the perfect example as they will gather tightly within the hive to conserve heat and keep the brood warm. On very cold days and in overcast conditions bees will not be very active at all in the garden.

Ants also use the warmth in numbers philosophy and will remain largely underground during winter with stored food reserves to see them through until spring arrives.

The juvenile or nymphal stage of some insect pests can remain active throughout the cold months. They can often be found hiding on the underside of leaves and branches or in bark crevices. In this early stage of their life cycle, they often go undetected until reaching maturity, but it is as juveniles that they are at their most vulnerable.

Scale insects are perhaps one of the better protected insects during winter as their hard or soft waxy coatings provide shelter from the elements and predators. Applying horticultural oil-based sprays as a winter wash to vulnerable trees such as citrus and stone fruits trees can control most overwintering scale insects, citrus leaf miner and early outbreaks of citrus aphid and mites.

Oil sprays formulated with Pyrethrum provide a contact spray for soft bodied insects such as aphids and the smothering effects of horticultural oil on insects such as scale and leaf miners. When using such products, it's important to get good coverage on both the upper and lower leaf surfaces and all stems of deciduous fruit trees. Bees in the hive. Picture: Shutterstock.

Even though you may not see a lot of insect activity at present, the next generation of insects is safely tucked away in eggs, cocoons or as pupae, waiting out the winter until conditions begin to improve.

Many insects such as fruit fly will have laid their eggs during summer and the grubs will pupate in the soil over winter before emerging in spring. Moth and butterfly eggs will also hatch when temperatures rise and the developing caterpillars will take advantage of soft new growth.

Continuous monitoring and action over winter is the key to preventing pest outbreaks, also remove weeds regularly as they are often a source of habitat for pest insects.

The story Ever wondered where your garden insects go in winter? first appeared on The Canberra Times.