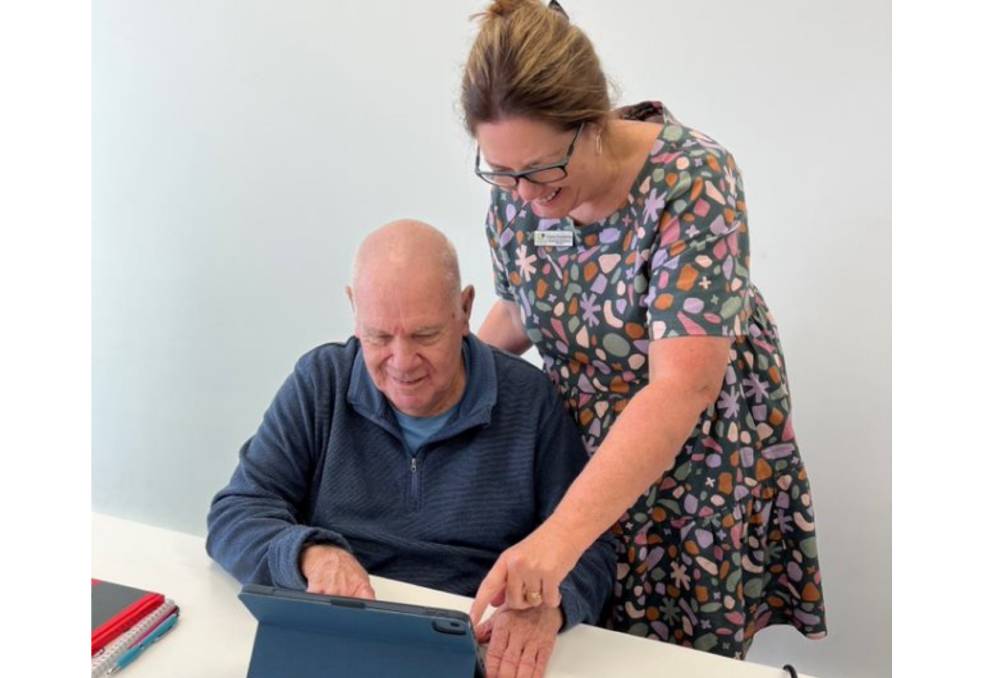 Older Aussies can get lost behind the digital divide.

Earlier this year, while grieving the death of his wife, Malcolm Locke went to sort out some banking details.

"We'll send the information to you by email," said the banking assistant. "No you won't," said Malcolm, "I don't have an email address."

Not only did Malcolm, 75, have no email address, he had no IT skills or computer knowlege what-so-ever. His wife had done everything online and with her gone, he was left at a loss when it came to dealing with banking, Centrelink, Medicare and all the other facets of modern life many of us use a computer for.

Not to be beat, Malcolm signed up for an innovative computer training course run by his community housing provider Community Housing QLD Limited which wanted to help its disadvantaged tenants navigate the digital world.

After applying for grant funding CHQL partnered with the Federal Government's IT on-line training program Be Connected and local digital-support provider, IT4Retirees to offer IT training to residents many of whom were aged or were living with disabilities. The program has not only increased participant's computer skills but reduced their feelings of loneliness and isolation and given them a growth in confidence and pride in their achievements.

"The biggest hurdle most older people have to get over is just having that confidence to give it a go. If you want to learn to use a computer there will be people falling over themselves to help you." - Connie Crookshank

CHQL first bought a number of iPads which they loan out to residents who can't buy their own devices. Every week the new IT trainees, meet for a two hour lesson covering all the basics of using a digital device - using a touch screen, mouse and keyboard, web browsers, how to surf the internet, sending and receiving emails, security, forms and banking and how to feel confident and comfortable in the digital world.

The training has proven a huge hit, with residents not only gaining in IT confidence but making new friends, being able to contact family more easily and developing new interests and horizons.

Connie Crookshanks CHQL's community development officer said people today were expected to have digital skills for life activities, but many people had been left behind when it came to learning those skills.

In some cases, she said residents already had smart phones given to them by a son or daughter or bought for them, but they didn't know how to drive them.

"The biggest hurdle most older people have to get over is just having that confidence to give it a go. If you want to learn to use a computer there will be people falling over themselves to help you," she said.

Malcolm still finds his computer learning "scares the hell" out of him, but his skills are going ahead by leaps and bounds. "I went out and bought myself an iPad," he said, "then a couple of weeks later I went and bought an iPhone. My doctor suggested to me I should have a phone so if I end up in hospital, I can ring people up and send emails. It's going to help me a lot.

"I've learned how to do my banking and to get and send emails. these are really big things for me.

"It's not costing me anything for the lessons, I'm learning a lot and I'm spending time with people my age who are all in the same boat and we're really enjoying ourselves."