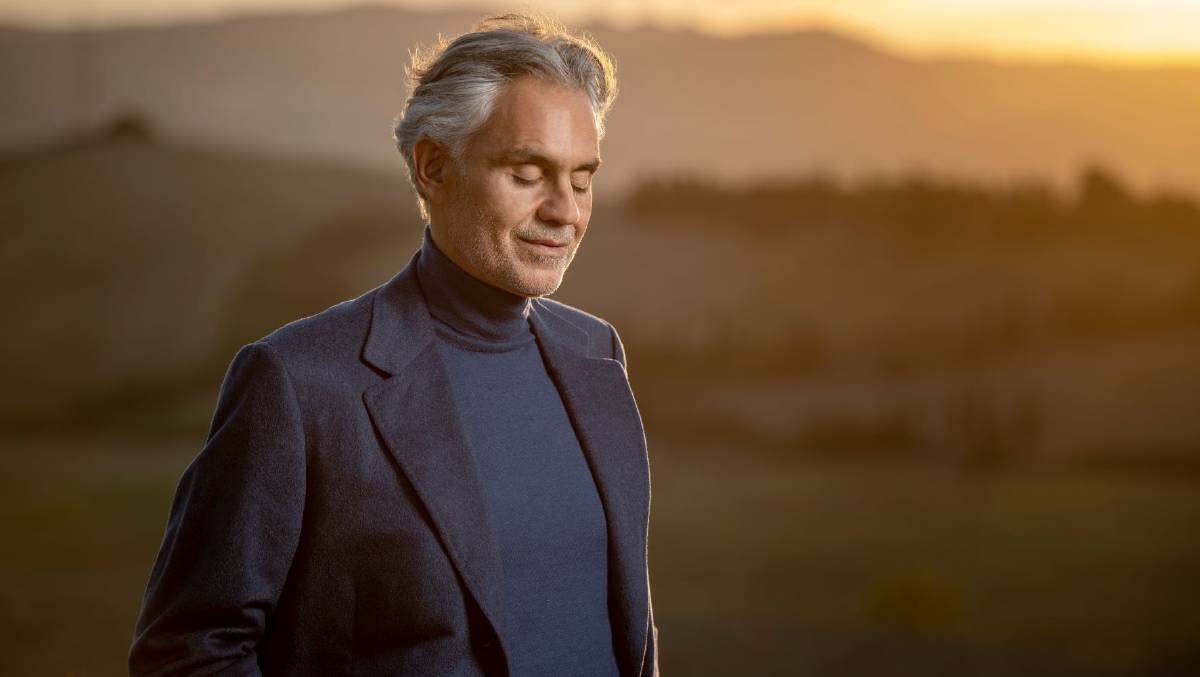 LOVE LANGUAGE: Andrea Bocelli is excited about sharing his passion for music with Australian audiences later this year.

He has sold over 90 million records and now Andrea Bocelli is returning to Australia in 2022.

Andrea Bocelli is set to return to Australian shores for a five-city national tour this October and November.

The acclaimed Tuscan tenor will perform with a 70-piece orchestra and 60-person choir on the tour, which will draw from his extensive back catalogue - spanning almost three decades.

Performances will feature a diverse range of music - from powerful arias, to enduring love songs and popular crossover hits.

The tour will be launched in Brisbane on October 25, before heading to Sydney, the Hunter Valley, Melbourne and Perth.

Andrea said the shows would provide an immersive experience for music lovers.

"With its ability to inspire and heal, music is its own language and I never tire of performing these songs - even the ones I've been singing in concert for more than 25 years - because they move me so deeply," he said.

"Music is essential nourishment for the human spirit. What better way to celebrate the joys of life than through song."

He said he was looking forward to returning to Australia for the shows.

"If my previous tours are anything to go by, I've always found Australian audiences to be passionate, enthusiastic and friendly.

"It will be like finally being able to hug many friends I hadn't seen in a long time."

Andrea rose to fame after winning the 44th Sanremo Music Festival in 1994 and has since sold over 90 million records. He has won a Golden Globe, seven classical BRITs and seven World Music awards throughout his career.