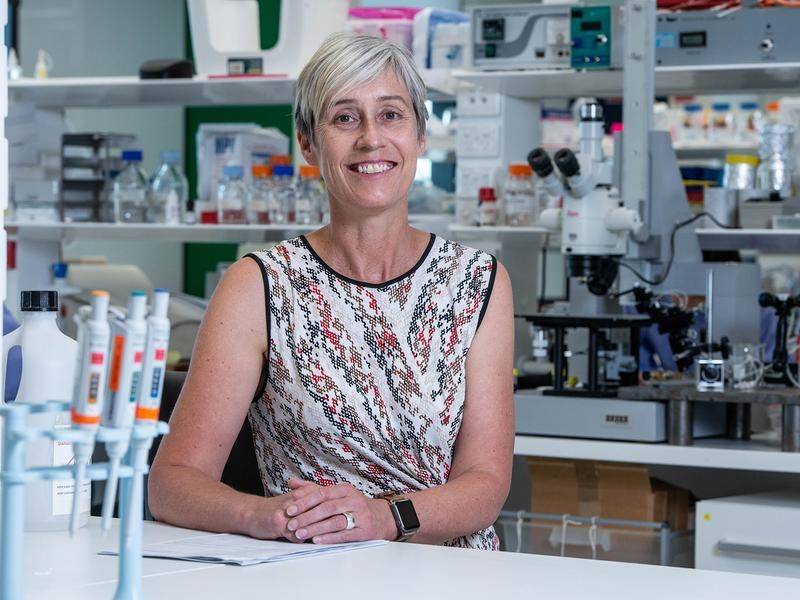 Professor Claudine Bonder is confident the sub-group of at-risk melanoma patients can be identified.

Could blocking a particular protein help reduce the growth of melanoma? Researchers are looking into it.

South Australian researchers are working to improve outcomes for skin cancer patients after discovering a particular protein may determine the fate of people with the disease.

A team from the University of South Australia's Centre for Cancer Biology has identified the desmoglein-2 (DSG-2) protein and found melanoma patients who express it are two-and-a-half times more likely to die within 10 years.

Initial lab work has uncovered how to block the protein using nanotechnology, with research efforts to now look at ways to better isolate those patients most a risk.

"By injecting a cancer cell-seeking molecule intravenously, we can find the melanoma cells with high levels of DSG-2 and attack them, reducing their severity," lead researcher Claudine Bonder said.

"We already know that in people with lower levels of this protein, the melanoma does not grow as quickly, and we have a better chance of arresting it."

Professor Bonder's team is hoping financial support from the community will help further their research into new treatments for melanoma and improved methods to detect the aggressive protein.

"We're confident that we can identify the sub-group of patients that have elevated expressions of DSG-2 on their cancer cells," she said.

"We're also confident that we can block this protein on the melanoma, giving patients a better outcome."

Despite years of skin cancer warnings, Australia continues to have the highest rates in the world for melanoma, a disease almost universally fatal if it spreads to other organs.

More than 16,000 Australians will receive a melanoma diagnosis this year and while 95 per cent of cases are caused by unprotected sun exposure, other risk factors exist.

A family history can increase the risk, as can fair skin, a weakened immune system and having many or unusual moles.

"Melanoma can appear in the eye, nose, mouth and genitals. What we do know is once it spreads beyond the skin into vital organs such as our lungs, liver or brain, it is almost always fatal."

For SA resident Ian Dempster, a melanoma diagnosis in 2014 led to years of surgery, drug infusions and radiotherapy.

The disease was already well advanced when the 78-year-old was diagnosed after a biopsy on a spot on his left cheek proved malignant.

"I was initially misdiagnosed, but I went back to the doctor after six months as I was really concerned the spot was changing shape," he said.

"Within a week of the biopsy, I had the first of numerous surgeries."

Over two years, Ian had 35 intravenous infusions of the melanoma drug Keytruda and lost a portion of his left cheek, which was replaced with a skin graft from his wrist.

While he's now in remission, Mr Dempster urged others not to make the same mistakes he did.

"Wear a hat, wear sunscreen, cover up as best you can, and just be aware of any suspicious moles or skin lesions and get them looked at immediately," he said.

"Melanoma is so prevalent in this country and anything we can do to support research to find better treatments and even a cure, is vital."