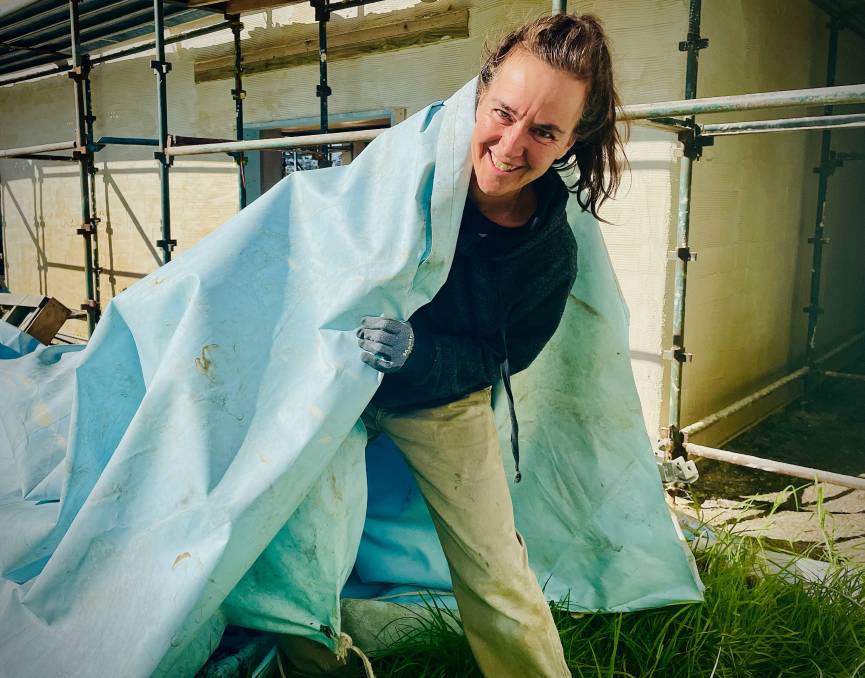 Margaret River owner builder Cath Wood is constructing a home out of straw bales, and says the material is ideal for the long South West winters. Picture: Nicky Lefebvre

An owner-builder has spoken about the challenges and rewards of building with straw.

As construction continues to boom many homeowners are looking at alternative building materials to help with energy efficiency, cost and build times.

When Western Australian South West resident Cath Wood was contemplating the various options available for her new home, she decided strawbale construction would be ideal for the project.

"We need to build homes that are suitable for their location," Cath explained from the Margaret River construction site.

"We raised our kids in a home with no insulating properties and by the end of it I swore I was going to live somewhere else."

Using a framework, straw bales are laid like giant bricks and compressed to minimise settlement and movement.

Once rendered, the structures are known to be resistant to fire, pests and decay. 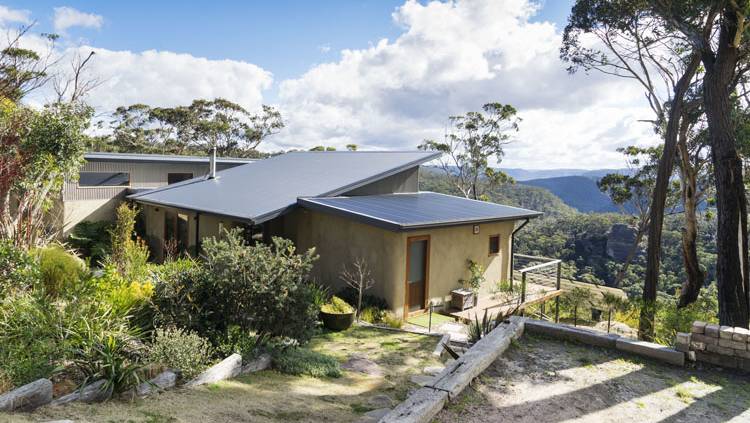 "Strawbale homes remain fairly constant in temperature all year round, and it's a 'just right' temperature," Cath said.

"In Margaret River that's pretty essential because the winters can get long, dreary and depressing.

"An unexpected bonus is that it's really quiet inside. Those thick strawbale walls just make everything peaceful."

As the owner builder and "the one in charge", Cath said FIFO-working husband Cam had an unfortunate but amusing allergy to straw.

"He's involved at a purely supportive level when he's home and it's absolutely necessary," she said.

"However I haven't been on my own. I have had a lot of good advice from a lot of people both locally and further afield.

"I have worked with two exceptional chippies on the build. Alex Wilson was the brains behind the operation when we started, and he worked onsite for a few months.

"He interpreted the drawings and figured out how it was all meant to come together. I was immensely grateful to him for that. 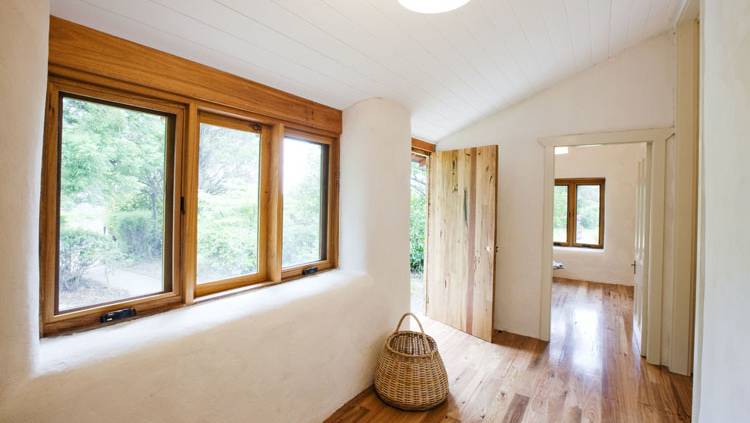 Once rendered, straw bale walls can appear as smooth as a regular internal wall. Picture: Your Home/Simone Cottrell

"Paul desBaux has been on the job since it was just a concrete pad and he has been outstanding. He has a wide range of skills and does a beautiful job of all of them.

"Probably most importantly, he has supported me personally, so it has felt like the build has been a partnership rather than me having to make all the decisions on my own.

"Mostly, we just do things how he says they should be done."

The Woods' property sits in a highly visible spot backing onto a Margaret River arterial road, causing many locals to wonder what was lurking under the bright blue tarp covering the construction site.

"Making sure it's watertight is the one thing that has really been on our mind," Cath said.

"You don't water getting into a strawbale wall which means that every little thing we do has to bear that in mind.

"Building a house from the ground up is a massive logistical exercise, and getting things in the right order is important.

With some items inside and out still needed to complete the build, Cath said the process had been challenging but worth the effort.

"I would absolutely recommend strawbale to people in this region.

"A lot of people think it's a cheap way to build, and if you have the skills to do it all yourself then it could be.

"But if you're paying people to help, it's just as expensive if not more so than a conventional build.

"And it takes longer. But the results are well worth it."