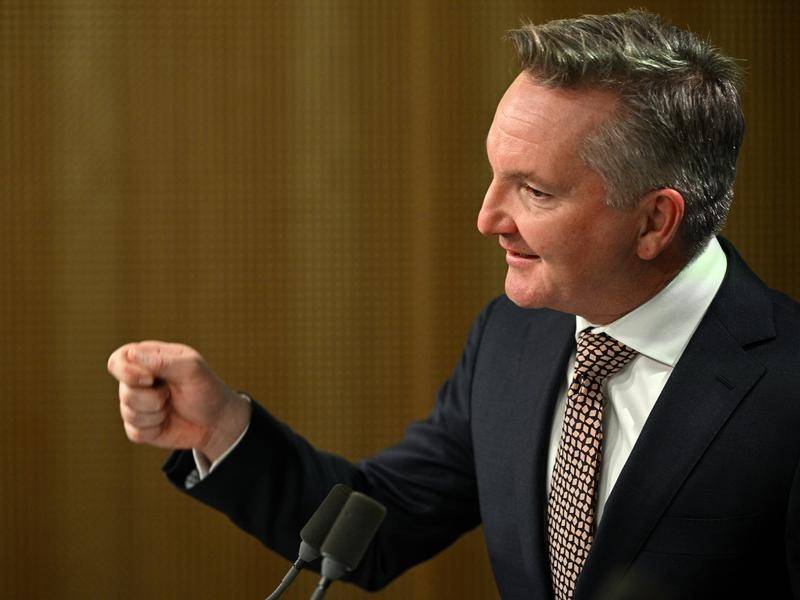 Chris Bowen says solutions agreed to at a crisis meeting will have an "early effect" on gas prices.

Solutions are being brought in to help curb soaring gas prices.

Energy Minister Chris Bowen says solutions agreed to at a crisis meeting and federal cabinet will have an "early effect" in fixing soaring gas prices.

The energy market operator will have powers to buy and store gas, while the scope of regulators will be boosted to ensure transparency in the sector, under an 11-point plan agreed to at a meeting with state ministers on Wednesday.

"Some of the immediate things - like giving AEMO the power to buy some gas and keep it in storage so it can be released in crises like the ones we faced last week - will have a pretty early effect, and certainly give us more powers to help us navigate crises like this," Mr Bowen told ABC radio on Thursday.

As well, federal cabinet on Thursday resolved to ensure the domestic gas security mechanism - known also as the "gas trigger" - would be extended beyond its January 1 expiry date.

The government will seek to renegotiate a "heads of agreement" signed by Scott Morrison with east coast LNG exporters in January 2021, which the former prime minister said would ensure more gas is offered to the domestic market, more often, and on more competitive terms at least until 2023.

Changes to the capacity mechanism - which allow retailers to pay power generators for spare energy capacity during times of limited supply - will also be accelerated.

"The previous government had said that they would work towards it coming into place in 2025. We need to do better than that," Mr Bowen said.

"I am encouraging the Energy Security Board to expedite their work and get it out for further consultation as soon as possible."

The capacity mechanism will focus on new technologies such as transmission, storage and renewables, but Mr Bowen would not rule out the use of coal-fired power plants when asked if they would be included in the energy mix.

Industry body APPEA acting chief Damian Dwyer said the oil and gas sector would work constructively with the government in its review of the gas security mechanism and a new heads of agreement.

"But it is important to note that any changes must be carefully considered to maintain investment confidence in Australia," he said.

The gas trigger has never been used as the market has always been in surplus, he noted, and the sector had met all of its obligations under each of the three heads of agreement rolled out since October 2017.

Opposition Leader Peter Dutton said a "perfect storm" had been created by the premature shut down of coal-fired power stations and lack of gas exploration.

"I'd love to tell you that we can have energy in our country magically, but it doesn't happen," he told 2GB.

"It seems to me that Anthony Albanese and Chris Bowen have still got their training wheels on and have no idea what they're doing.

"Families and businesses are going to be the ones that suffer because prices will go up."