It's 15 years since violent weather brought the Pasha Bulker aground on a Newcastle beach.

Battered by winds of up to 100km an hour, the crew of the Pasha Bulker sheltered together inside the swaying 76,000-tonne carrier swayed miserably.

It took rescue teams perilous hours to retrieve the 22-member crew, helicoptering each one out one-by-one.

It's a moment that will not likely be forgotten by them, or anyone who happened to be in Newcastle, 15 years ago, on June 8, 2007.

The Panama-registered Pasha Bulker ran aground on a famous tourist spot at Newcastle's Nobbys Beach, attracting sight-seers and amateur photographers from near and far.

In their midst was commercial photographer Murray McKean who took perhaps the most famous image of the Bulker in its horrendous predicament.

Mr McKean is proud of the photo, but looks back on it with some frustration.

To mark the 15th anniversary of the Pasha storm, Murray has set the record straight in a short film on how the image was taken.

Loads of keyboard warriors claimed the image was fake and put together with two images on Photoshop, but that was not true.

"I got tired of defending myself, so I've outlined where I took the photo from and the camera equipment I used. It's a story I needed to tell," Murray said.

"It's had a lot of copyright infringement breaches. In hindsight, I should have put a watermark on it. Fifteen years ago, the world was a different place in regards to imagery and sharing. I didn't realise how significant it would be until after the event." 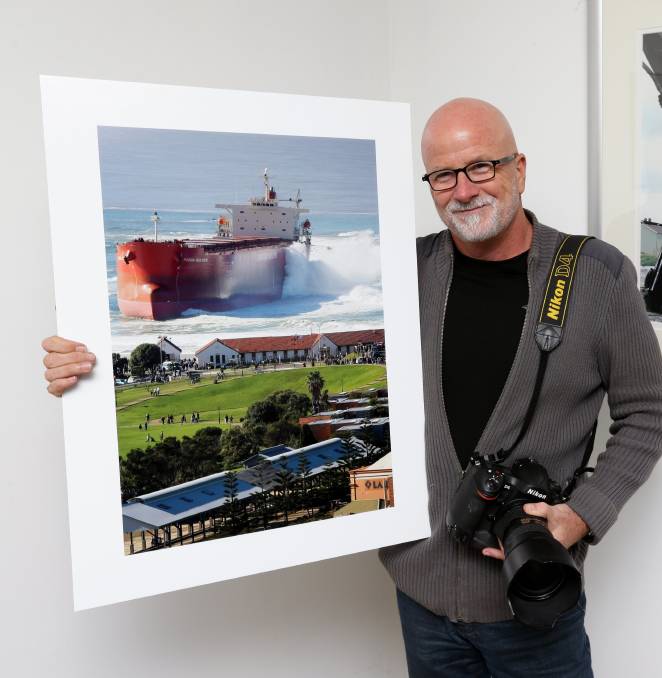 Picture Perfect: Murray McKean with his iconic photograph of the Pasha Bulker, which has been viewed millions of times. Picture: Jonathan Carroll

When cyclonic winds forced the Pasha Bulker to run aground at Nobbys, Murray saw many people getting the same type of photo.

So he went to the top of The Cathedral Church of Christ the King on Church Street in Newcastle.

He climbed the spiral staircase, went past the bell tower and got to the roof. It was a challenge to get his camera gear up there, but the rooftop gave him the perfect vantage point of the grounded ship.

The camera technique that he used made the foreshore look "like a little toy world".

"I'm trained to look for different angles and different points of view. That gives me my point of difference in my trade," said Murray, who has been a commercial photographer for more than 40 years.

"I could have hired a helicopter, but I saw helicopters up there. I thought I needed something to give it some scale. That's when I went to the cathedral."

The view of the ship from the cathedral was heavenly, so to speak.

"A bright red ship on a sandy beach, with a beautiful blue sky and Nobbys in the background - you couldn't dream of a better position," he said.

"Like everybody, I was blown away by the size of it." 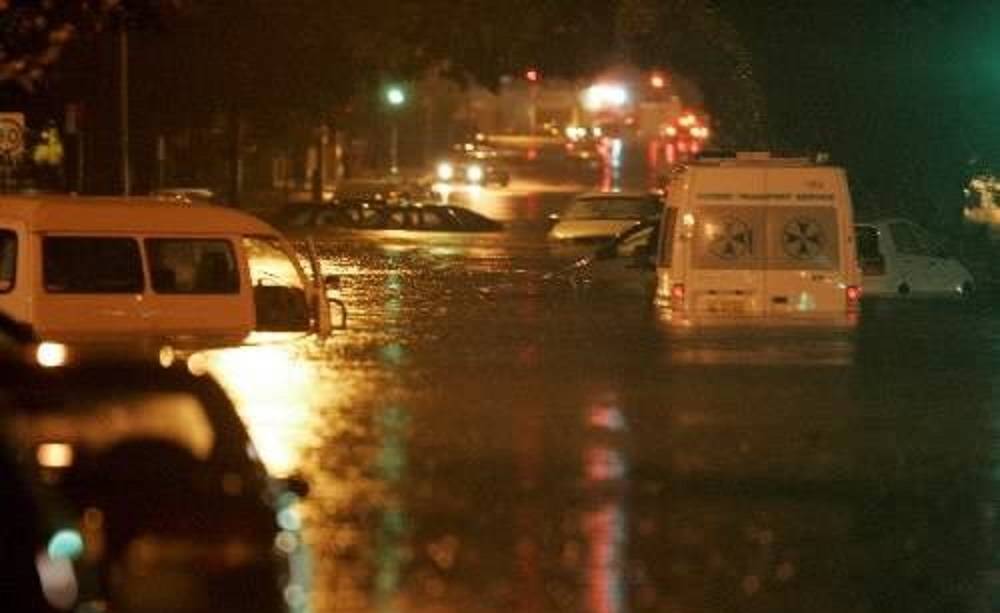 Vehicles underwater in the 2007 storm.

Bureau of Meteorology data shows that June 2007 - the month of the Pasha storm - retains the record for the most rain at Nobbys in June since records began in 1862.

The data shows 496 millimetres fell that month, much of it around the time of the storm. To put that in context, 442 millimetres have fallen in the past three months at Nobbys - and we all know how wet it's been.

We were pleasantly surprised, though, to see our weather app showing sun all this week in Newcastle. We haven't seen that for a while. Could La Nina finally be on the wane?