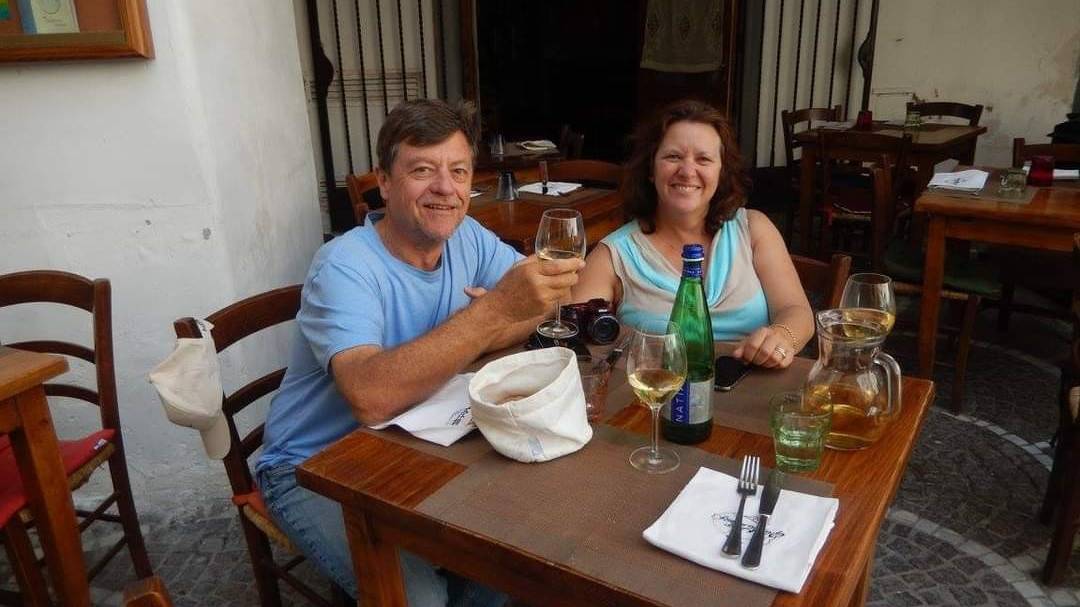 SAFE NOT SORRY: A trip to the doctor following his discovery of a suspicious lump may well have saved Nick Szkutenko's (pictured with wife Debbie) life.

Nick Szkutenko was reluctant to talk about his breast cancer diagnosis at first.

It's safe to say Nick Szkutenko was shocked when he learned he had breast cancer.

The 64-year-old resident of Hamilton in Brisbane didn't know anything about male breast cancer prior to his diagnosis in April last year.

Over a year later, as the nation marks Men's Health Week, Nick has a simple message to share with other men - be proactive when it comes to your health.

Nick was in Victoria on a business trip when he woke up one morning and noticed a lump on his right breast, a bit to the right of the nipple.

"It was about the size of a 5 cent coin, hard and a bit tender."

Nick assumed it was a minor injury from walking into a branch while cutting grass a few weeks earlier, but luckily for him, he decided it was best to be prudent.

"I thought I'd better check it out so when I got back to Queensland, I went to the doctor and fortunately, the doctor pushed for it to be investigated.

Nick remained convinced the lump was just a result of his brush with the bush. He and wife Debbie were saying their goodbyes at a friend's 50th birthday party when he received the call from his doctor, informing him he had cancer.

He was rocked by the revelation. Fortunately, the doctor told him she thought they had caught it early.

"I was in shock for about an hour and a half, thinking of the consequences. Your life flashes in front of you.

"Since then, there have been some dark moments, particularly a couple of weeks after that, with the realisation of what it meant.

He had surgery just over a week later. Some cancer cells were detected in his first lymph node, but not enough to cause major alarm bells.

While the full tumour was removed, specialists recommended a course of chemotherapy - he underwent six sessions over a three-week period, starting in June.

Nick said he was initially ashamed by his diagnosis and shied away from telling people he had breast cancer.

"I said I've got a lump in my chest that has to be operated on. I didn't really want to publicise the fact I had breast cancer. It's really seen as a woman's disease."

But it didn't take long for him to get over his embarrassment and to realise the importance of being open about his experience to create awareness.

Research published in The Australian Journal of Public Health shows Nick is far from alone in being reluctant to talk about his problem.

The study surveyed 461 cisgender men, ranging in age from 18-93 and also saw researchers conducting seven focus groups around the country. LGBTQI men were also surveyed, but their data was separated to be used in a different study.

A number of older respondents admitted to reluctance to talk about health problems which were regarded as "women's type problems" with people who were not their GP.

The study also found many older men who were now seeing their GPs regularly had previously adopted a "she'll be right attitude" and had considered the need to visit doctors more regularly a "blow to the ego".

The study - which was broken up into four age groups, also revealed a widespread reluctance to consult doctors about "private" health concerns.

The 18-30, 31-50 and 51-65-year age groups were all more likely to search for information about private concerns online than to see a GP.

While 65 plus year-olds were the least likely to search for information about private concerns online (46 per cent of respondents), only 57 per cent reported talking about their concerns with a GP.

The theme of this year's event is Building Healthy Environments for Men and Boys.

"This year's theme will shine a light on the importance of creating physically, mentally and emotionally healthy environments in the home, workplace and social settings."