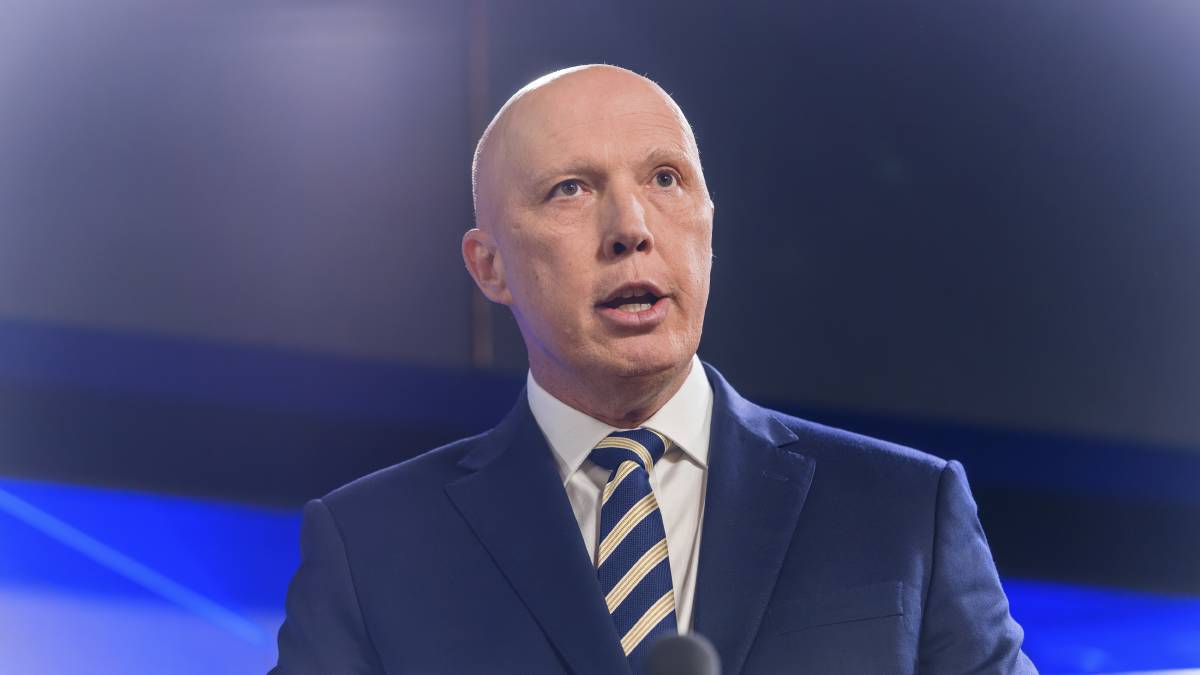 Opposition Leader Peter Dutton has revealed his shadow frontbench, with the elevation of a number of new faces in the wake of major losses at the May election.

Ten women now sit among the 24 cabinet spots with Jane Hume promoted to finance and Senator Sarah Henderson taking up the communications portfolio, he said.

"What you're seeing in this ... lineup is some fresh faces. We have an incredible depth of talent, not just on the front bench, but on the back bench as well," Mr Dutton said.

"I've been very cognisant of trying to bring some of those people through for an opportunity and you'll see that we have some very impressive appointments today."

The freshly-elected Liberal leader said former foreign affairs minister Marise Payne asked not to sit in cabinet but Mr Dutton confirmed he had convinced her to stay on as cabinet secretary.

"She's had a breadth of experience and, I say, been an exceptional contributor to our team over many years," Mr Dutton said.

"Her ... wise counsel and experience, I think, will be of great assistance to us in helping us rebuild our team."

Senator Michaelia Cash will return to employment and workplace relations, Anne Ruston will take on health and aged care, along with sport, with Karen Andrews remaining as the home affairs spokesperson.

Senator Simon Birmingham, who was critical of his party's path forward after his moderate faction received an election lashing, is tasked with the foreign affairs portfolio.

Once-cabinet backbencher Alan Tudge returns to the frontbench in his education role while deputy leader Sussan Ley adds skills, training, industry and women to her list of jobs.

Paul Fletcher will also return, shifting to science and government services, while Dan Tehan is shuffled to immigration.

A league of other newcomers have risen through the ranks with Julian Leeser snagging the shadow attorney-general role and Senator Jonathan Duniam becomes environment spokesperson.

Nationals leader David Littleproud announced the junior Coalition partner had also increased its frontbench by one following its election results, with the return of trade and tourism.

Mr Littleproud will stay on as the Coalition's agriculture spokesman.

"The shadow ministry team that I bring forward for the National Party is about renewal and generational change," Mr Littleproud said.

"It's about making sure we draw on those that have the experience to bring the harmony and peace within our party room, but [to] bring the next generation through."

But the Coalition's fresh lineup wasn't without some demotions.

Stuart Robert has dropped to the outer ministry as assistant shadow treasurer while Alex Hawke, once elevated to immigration minister by his factional head Scott Morrison, has been dumped entirely.

Western Australian MP Melissa Price and the state's senator Linda Reynolds have both dropped out of the ministry.

Darren Chester, who was veterans' affairs minister until last year's Nationals spill, was not given a role.