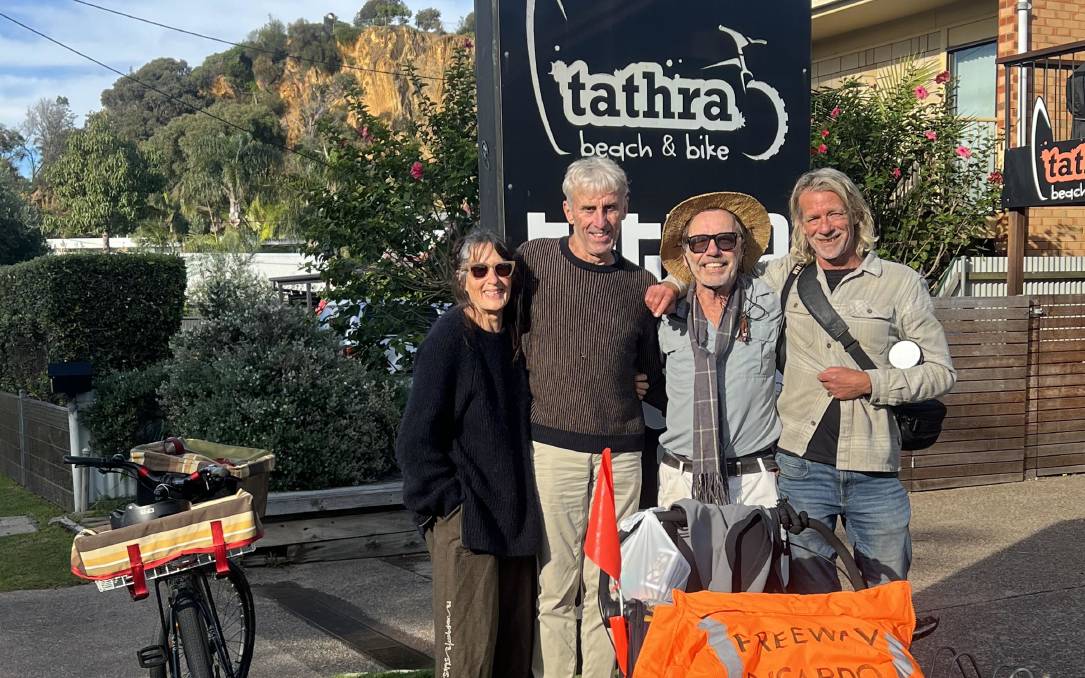 Richard van Pijlen, 67, is currently walking through the Bega Valley Shire on his trek from Sydney to Perth. Here he is pictured with some friends and Tathra locals who treated him to a coffee on Sunday, May 29. Photo: supplied

"I guess I'm doing this because I've always had this really adventurous spirit, I wouldn't like to be playing golf or hanging around cafés."

Richard Van Pijlen is walking from Sydney to Perth in a bid to raise money for Landcare, with the intention of raising enough to plant one million trees.

The 67-year-old passed through Tathra on the NSW South Coast recently and has been walking steadily on to Merimbula to raise awareness about bush regeneration.

He was inspired to raise money to plant more trees after seeing the devastation to koala habitat following the Black Summer bushfires and chose Landcare to support their fantastic work, largely done by volunteers.

He has been journeying unhurriedly through the Bega Valley after a leg injury slowed him down significantly and bad weather drenched a lot of his gear on his way here.

The grandfather of eight set off from Sydney's northern beaches on May 2 after stepping back from his work of over 50 years as an interior painter, his son having largely taken over the family business. 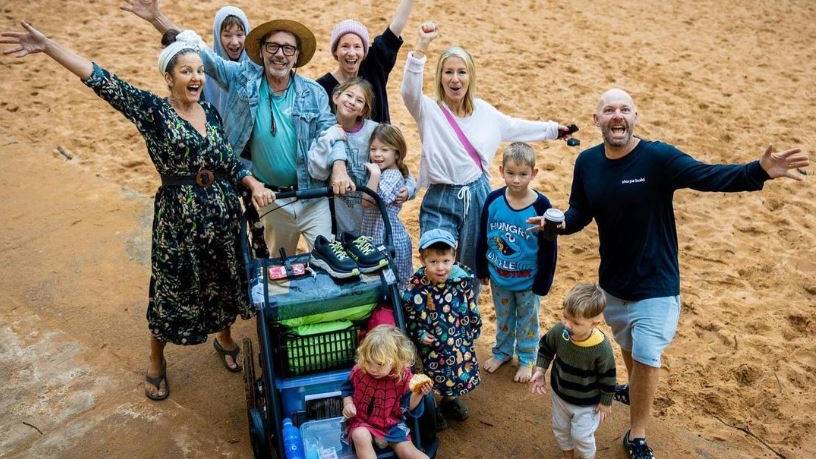 Richard Van Pijlen with family and friends at his send off from Newport Beach in Sydney. Photo: Instagram

"I guess I'm doing this because I've always had this really adventurous spirit, I wouldn't like to be playing golf or hanging around cafés," Mr Van Pijlen said.

He has been carrying his gear in a stroller turned trolley and his belongings included a change of clothes, a tent, sleeping bag, cooking equipment, water filter, solar panel, mobile phone and a diary.

When he spoke to ACM on Monday May 30, he had just had a restful night and "nourishing meal" at the home of Bournda architect Sandra Behrendt and her partner landscaper Karl Eddy.

"I saw so many kangaroos around here, I can't believe it," Mr Van Pijlen said.

He said he was also given a social media 101 lesson from Ms Behrendt to improve his Instagram page as he had never used the platform before and it had become an important part of sharing his journey and raising awareness.

He hadn't always had a warm bed to sleep in during his journey though, and said he had slept at bus shelters, in sand dunes, near surf clubs, and under church awnings.

He had been taking roads and bicycle tracks, but focused on taking the coastal route to WA to appreciate the natural beauty of the environment.

"Wherever I get the opportunity to be near the coast that's what I really do because I love water," he said.

"I was really impressed [with the Bega Valley] because you have the beaches but I've also been walking through paddocks and seeing all the cows and the rolling hills - it's just so nice to walk around here."

He has also started to collect rubbish along his journey to later create an artwork that could be auctioned off and sold to help raise money towards his cause. He said the Bega Valley had so far been very clean in comparison to areas closer to the city.

After making his way to Melbourne, he said he would be tackling the Nullarbor before heading to the west coast.

So far Mr Van Pijlen has just under $2000. To donate to his cause, click here.