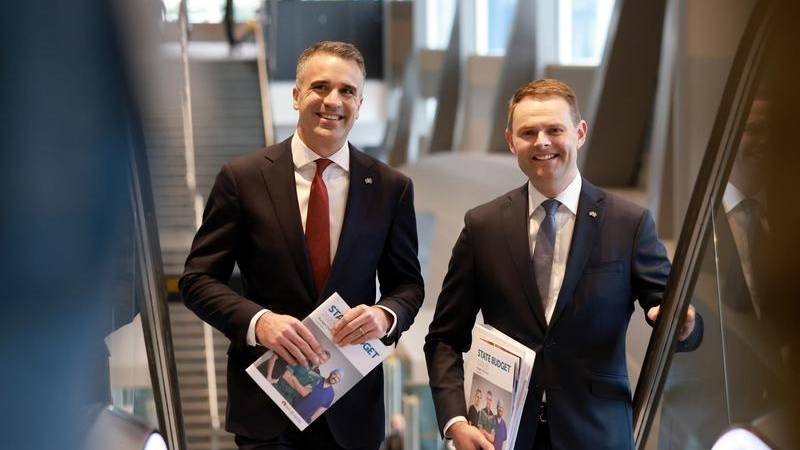 Eased cost of living pressures and more skilled health staff are among the bonuses in the South Australian budget for 2022-23.

The South Australian government has unveiled its first budget since coming into power in March, with some good news for seniors.

As previously revealed to The Senior, the Cost of Living Concession will double. For those who are eligible for the concession, the one-off payments will be paid automatically. The rates are:

Eligible seniors also get to travel free on the Adelaide metropolitan transport system 24 hours a day, seven days a week, whereas previously it was only free at selected times or was discounted at peak periods.

There is a big investment in health, particularly in infrastructure and skilled services. Among the highlights are:

For those still in the workforce or wanting to work, $12.7 million over four years will be spent to fund the return of high demand courses offered by TAFE SA in the care industries. The National Partnership Agreement with the Commonwealth will also be increasing, with $6.7 million over two years to continue free or low-fee training places through the JobTrainer Aged Care Boost to support the aged care workforce. Also, $8.8 million will fund courses where industry has reported shortages in areas such as bricklaying, concreting, saw doctoring and chefs.

Public housing will also be boosted, including 400 new houses - 50 of which will be in a new 'common ground' style site in the metropolitan area - and 150 in regional areas. A total of 350 untenanted homes will be renovated to make them habitable and 3000 homes will be updated in a maintenance blitz.

The government has allocated $10.4 million over four years to provide homelessness support including grants to Catherine House, St Vincent de Paul Society and the Hutt Street Centre as well as providing wrap-around services for 50 new homes for the homeless being built under the Public Housing Improvement Program.

In supporting communities, $2 million will be spent over four years to help fund Victim Support Service programs, including the Court Companions and the Safer Places initiatives, and $1 million over three years will be spent to establish northern and southern domestic violence prevention and recovery hubs. Also, $800,000 over four years has been allocated to restore funding cut from the Women's Domestic Violence Court Assistance Service.

Council on the Ageing (COTA) SA chief executive Jane Mussared welcomed the changes to public transport and the cost of living concession, and described the individual support training for aged care workers as another positive.

"We won't fix the aged care crisis unless we fix the workforce and this $12.7 million for TAFE courses is a downpayment on increasing both the quality of training and the quantity of staff available to work in aged care," she said.

"We would have loved to have seen an initiative that removed the barriers for older people returning to work and encouraged the careers of older workers. Tapping into our older workforce will be part of the solution to workforce shortages, not just in aged care but across other industries crying out for staff.

"Supporting the careers of older workers also begins to address the ageism that plagues employment for older people."

In terms of health, Ms Mussared also welcomed the infrastructure and skilled workforce, but was unsure about the flow-on impact for older people.

"There is no doubt that older people have experienced disproportionate ramping," she said.

"We expect these new budgetary measures to be accompanied with better transparency about how older people are fairing with ramping and accessing health care. It is important that the new government is held to account about people getting the right care in the right place at the right time.

"The new funding is the first step in a long journey."