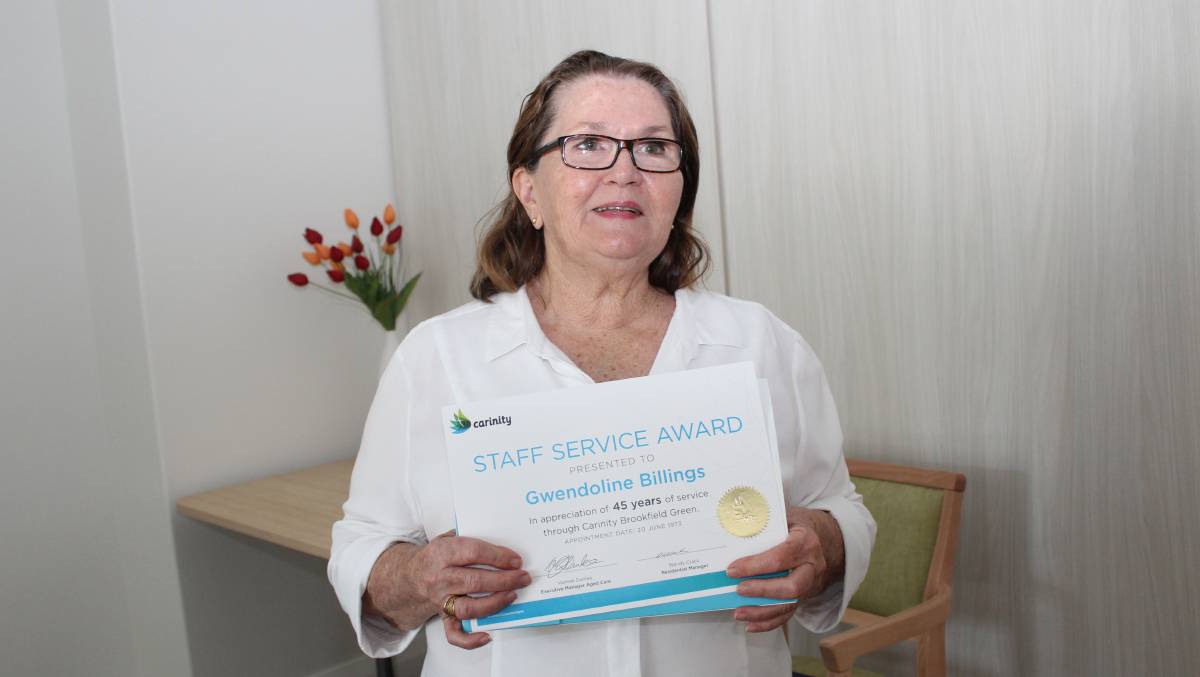 SERVICE WITH A SMILE: Gwen Billings worked at the Carinity aged care community for 45 years.

It has survived storms, floods and COVID and now Carinity Brookfield Green is 50.

It has survived severe storms and numerous floods and now Carinity Brookfield Green is celebrating its 50th birthday.

The Brisbane aged care community, which is set on land donated by pioneering European settlers was originally opened as Resthaven in May 1972.

One year later several of its buildings were demolished by storms. It has been cut off by floodwaters on numerous occasions and also had to weather the recent pandemic.

Chief executive Jon Campbell said this determination to adapt to the greatest of challenges was mirrored by his staff's dedication to the community's residents.

"Every day for 50 years, our dedicated nurses and support staff have displayed a determination to care for our most vulnerable," he said.

"I praise them for the legacy of professional care they continue (to provide) today." 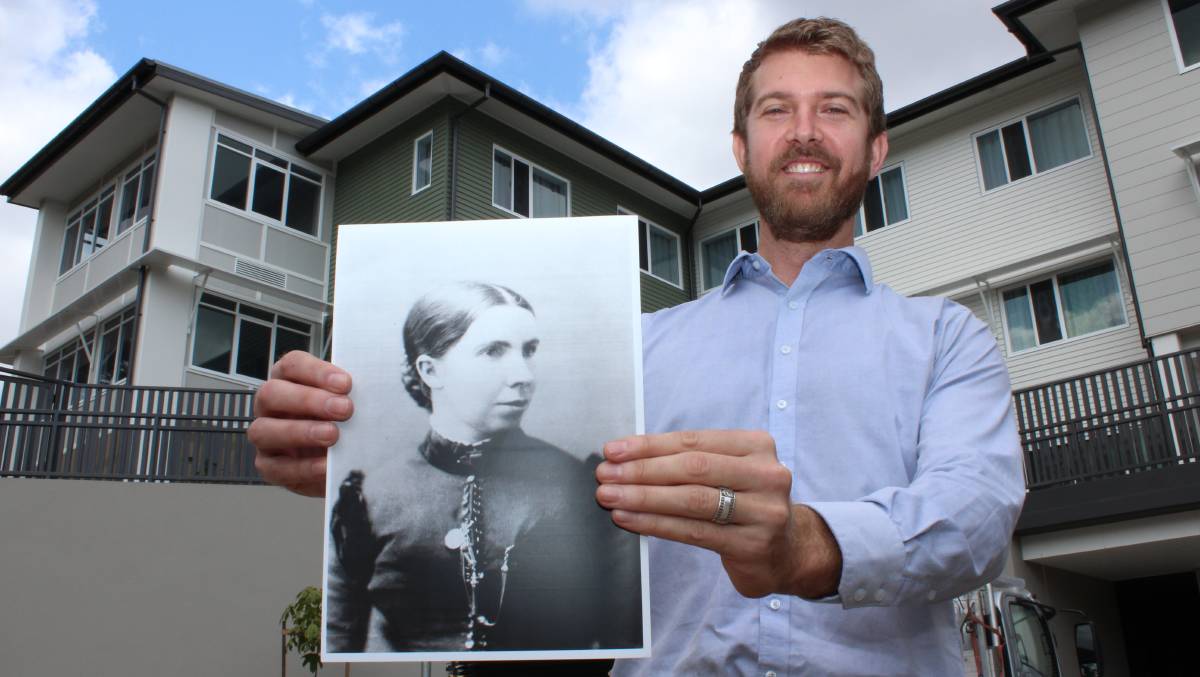 Carinity Brookfield Green was built on land once owned by the great great-grandparents of current Carinity employee Steve Dart (pictured).

Gwen Billings worked in the community for 45 years as an enrolled nurse, joining staff one year after it opened as Resthaven.

"I enjoyed my work in aged care and I just love to care for the elderly," she said.

"I didn't ever ask for any praise, it was my job, my duty. I'm sure I have made a contribution to aged care, and I feel proud about it."

The original Resthaven was largely funded by public donations and built on land that was acquired in 1869 by Baptist Samuel Dart - who helped start the first church in Laidley with his wife Eliza.

The late doctor John Leslie Dart gifted 34 acres of land on which the community is now set to the Baptist Union of Queensland in 1964. Self-contained retirement units were built adjacent to the home in the late-1970s, with the on-site chapel opening in 1981.

The original Resthaven nursing home buildings were replaced by Brookfield Green's current $30 million state-of-the-art dwellings, known as The Residences in 2018.

The 50th anniversary of Brookfield Green is one of a number of milestones Carinity will celebrate this year. Carinity Wishart Gardens aged care and special assistance school Carinity Education Southside both turn 25 this year. Carinity Illoura in Beaudesert marked 30 years as a counselling centre earlier this year, while Carinity took over the operation of Colthup Manor aged care and Elim Estates retirement village in Ipswich 20 years ago.