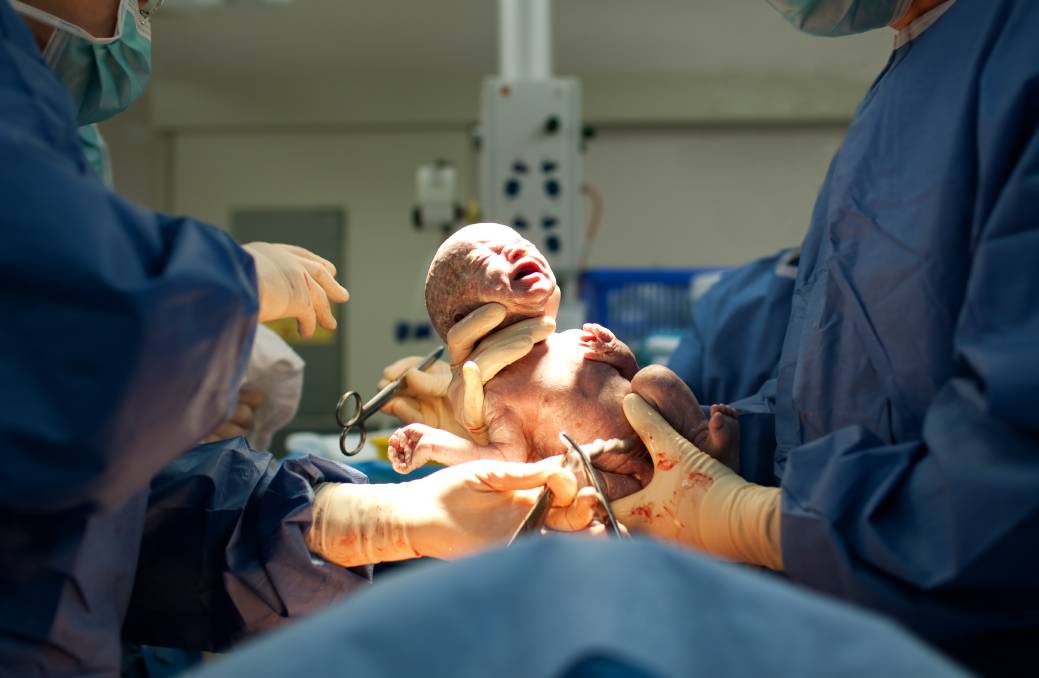 A recent study confirmed no link between caesarean births and food allergies in the first year.

A study of 2045 infants finds no significant link between allergies and delivery method.

While babies born through caesareans may lack some gut bacteria that would otherwise be gained through vaginal births, recent research has consistently shown that there is little evidence for caesarean births being responsible for asthma and allergies.

A recent study by the Murdoch Children's Research Institute (MCRI) in Melbourne, confirmed no link between caesarean births and food allergies during the first year of life.

This research, published in the Journal of Allergy and Clinical Immunology: In Practice, looked at 2,045 infants who underwent skin prick testing and an oral food challenge to test for allergy status.

In this group, of the 30 per cent that were born by caesarean, 12.7 per cent had a food allergy, compared to 13.2 per cent born vaginally, meaning there was no statistically significant difference between birthing methods.

"We found no meaningful differences in food allergy for infants born by caesarean delivery compared to those born by vaginal delivery," says Rachel Peters, who led the study.

"Additionally, there was no difference in likelihood of food allergy if the caesarean was performed before or after the onset of labour, or whether it was an emergency or elective caesarean."

A potential link between caesarean births and allergies had long been suspected because of the difference in early microbial exposure compared to vaginal delivery.

"The mode of delivery may interfere with the normal development of the immune system.

Babies born by caesarean have less exposure to the bacteria from the mother's gut and vagina, which influences the composition of the baby's microbiome and immune system development.

However, this doesn't appear to play a major role in the development of food allergy."

These findings will assist caregivers to better evaluate risks and benefits of caesarean birth, and provide reassurance to parents that such interventions do not lead to an increased risk of food allergy in their babies.

One in 10 infants, and one in 20 children over the age of five years in Australia, have a food allergy, one of the highest rates in the world. This research provides further good news to parents and children: 30 per cent of peanut allergies and 90 per cent of egg allergies naturally resolved by six years of age. These infants should be targeted for early intervention trials, such as oral immunotherapy.

"Prioritising research of these and future interventions for infants less likely to naturally outgrow their allergy would yield the most benefit for healthcare resources and research funding," says Peters.

The story No link between caesarean birth and food allergies first appeared on The Canberra Times.