When Alex Jesaulenko was diagnosed with Parkinson's, his daughter Kate educated herself and became a charity's ambassador. 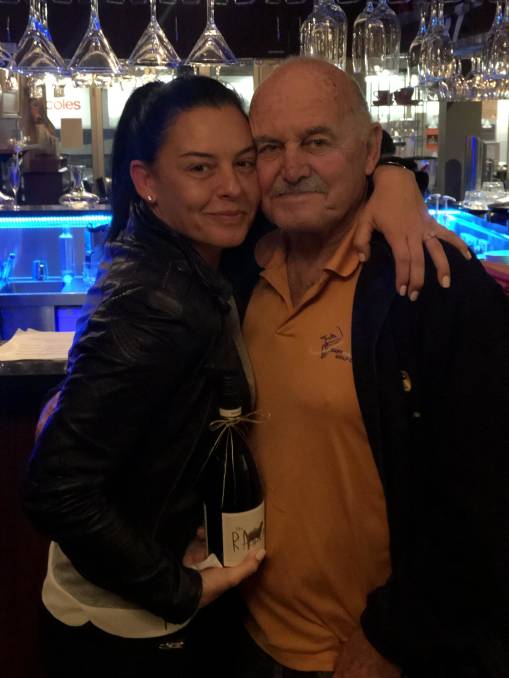 On a journey: Kate and Alex Jesaulenko - committed to the fight against Parkinson's Disease.

Kate Jesaulenko says when her 76-year-old father, AFL legend Alex Jesaulenko, was diagnosed with Parkinson's disease last December, he took it in his stride.

"He said it's not a death sentence. He's not in a wheelchair, he can walk and he'll roll with the punches. He's very calm about it - in fact, he calmed us down," she said.

"He's met it head on and since going on to medication. He's the best he's been for a couple of years."

Alex has chosen not to discuss his diagnosis but is happy for Kate and the family to share their story.

"We noticed his hand had started shaking, which he put down to old football injuries, but the tremors got worse. One day a good family friend, Terry, made a call to a neurologist and made Dad an appointment.

"When we found out about his diagnosis, I got straight on to Google to find out more and read some shocking stories.

"But amongst it all I found the organisation Fight Parkinson's and they were just amazing - so caring. Unbelievable people."

Fight Parkinson's (formerly Parkinson's Victoria) is committed to improving the lives of people with Parkinson's, advocating for them, advancing research to deliver effective therapies and treatments, and empowering people to live full and active lives until a cure is found.

Kate partnered with Fight Parkinson's as an ambassador for its largest fundraiser, A Walk in the Park, held this year on March 27. Kate and sister Sally, with their families, walked on the day.

"We were overwhelmed with the support; a lot of Dad's teammates turned up... (among them were) Jim Buckley, Wayne Harmes, Vin Catoggio, Mike Fitzpatrick, Des English, Rod Austin, Mark McClure... and we saw many people on the day wearing Carlton jumpers," Kate said.

"A lot of time and effort went into the lead up - it was crazy, but we're very proud of what we were able to achieve. We just want to do everything we can to help our family, and any family. There are 57,000 people in Victoria with Parkinson's and 220,000 nationally."

We just want to do everything we can to help our family and others. - Kate Jesaulenko

After the COVID-related separations of the past few years, Kate said she, Sally and brother Ben are looking forward to seeing more of each other again, so Alex can spend more time with his "greatest joy" - his six grandchildren and one great-granddaughter.

You can donate to Fight Parkinson's via Team Jesaulenko by clicking here. You can also donate directly.