CAPTURING THE BLUES: Brett Whiteley's recognisable iconography is on his pottery.

The colour blue and porcelain ware are nodded to in the Sydney artist's latest exhibition.

A new exhibition featuring the most comprehensive display of Brett Whiteley's painted ceramics and focusing on his passion for the colour blue has opened at the Brett Whiteley Studio in Surry Hills.

Over 40 ceramics dating from the 1970s and 1980s feature in the exhibition Brett Whiteley: Blue and White, which examines the connections between the Australian artist's work across various mediums and the use of the colour blue in his practice.

Works including the deep ultramarine The Balcony 2 and Self-portrait in the studio, which includes a blue-and-white vase on a coffee table, are displayed alongside Whiteley ceramics. 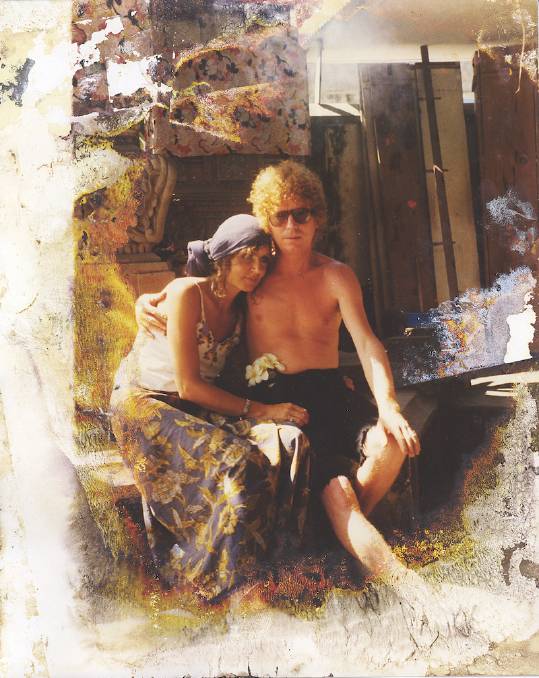 THE COUPLE: Brett and Wendy Whiteley.

The colours of the artist's ceramics, from which the exhibition takes its name, follows a long tradition of Brett and his former wife Wendy Whiteley collecting the popular blue-and-white porcelain ware - originally invented in China then traded throughout Europe and North America in the 16th century - for their home.

"Windsor and Newton Deep Ultramarine oil colour has an obsessive, ecstasy-like effect upon my nervous system quite unlike any other colour," said Whiteley in 1975.

Whiteley's ceramics were primarily thrown by others with a small number of hand-formed works made by the artist.

He used rounded, organic thrown forms by potters including John K Dellow, Derek Smith, Harriett Collard and Shiga Shigeo, built to Whiteley's specifications. He then applied his painted decoration in the rich, deep blue for which he became known and which features prominently in his iconic Sydney Harbour paintings.

"During the 1970s and 1980s, Brett Whiteley was a creative force like no other in Australia, and this exhibition delves deep into our collection to take a focused look at Whiteley's ceramics and shine a new perspective on the importance of the colour blue in his practice," Dr Brand said.

"For Whiteley, ceramics were another dynamic means to express his artmaking. He viewed the objects as akin to sculptures and his interest lay in the shape and decoration of the vessels to convey his artistic expression," she said.