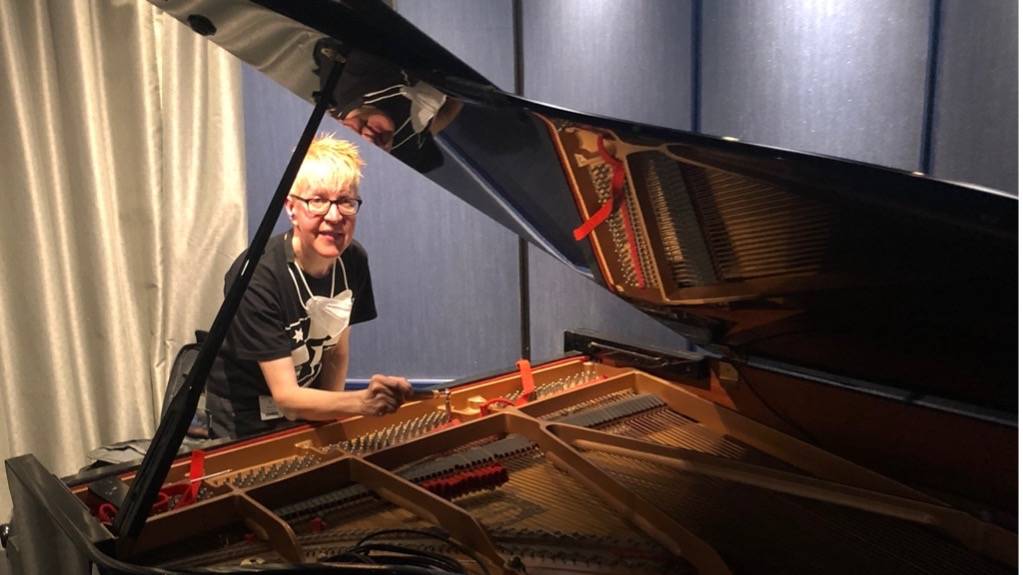 IN TUNE: Carol Johns tunes a piano on a ship.

As the Pacific Explorer takes to the seas again, its pianos are also back in tune.

IT's not just the ships that need a bit of a tune up after floating idle during the pandemic.

So do the five pianos onboard P&O Cruises Australia's flagship, Pacific Explorer.

After more than two years of not sounding a note, the instruments needed some special care from piano tuner Carol Johns.

A professional musician, the job was a labour of love for Carol.

According to Carol, it takes about two hours to tune a piano properly and life among the rolling waves is tough for any keyboard.

"After nearly two-and-a-half years, they've got themselves to under concert pitch so you have to lift them back up to get them in tune," Carol said.

"It takes about two hours to tune a piano if you want to make it really beautiful because there are about 88 notes but there are more than 220 strings and they've all got to be tuned, some of them more than once."

During normal operations, piano tuners made regular "ship calls" to P&O Cruises ships but that was impossible during the pause when the fleet was far from their Australian home.

But thanks to Carol's careful ministrations, they are ship-shape once again.

Find out more about the ship here.