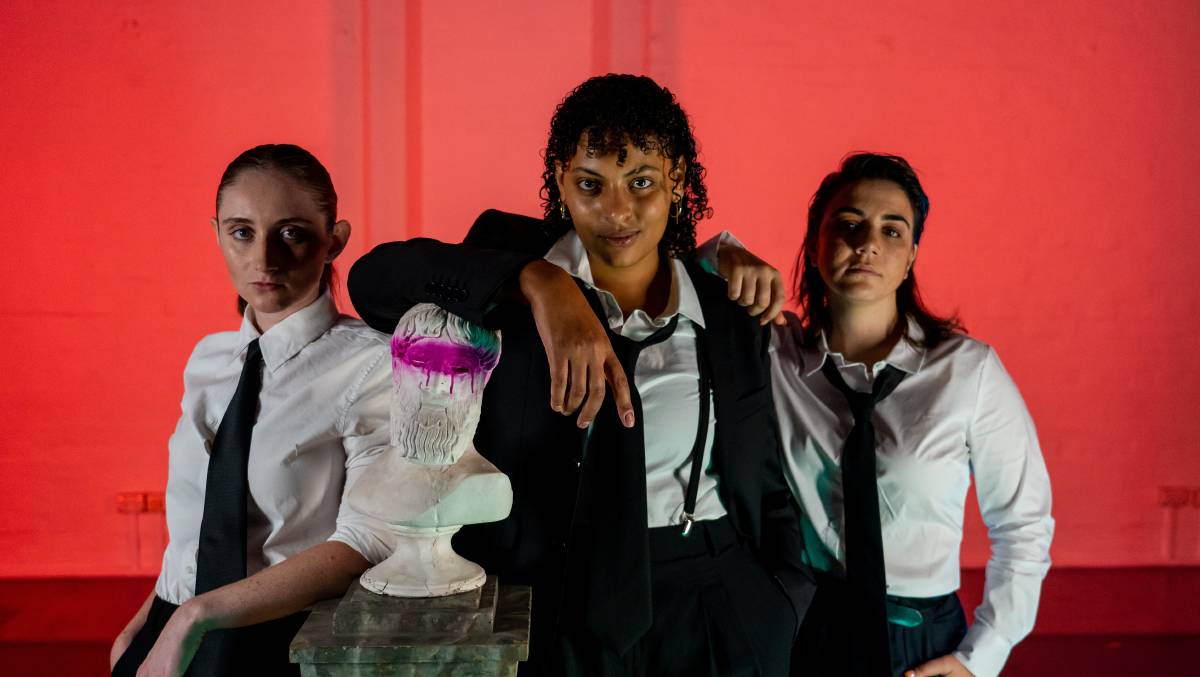 Antigone is brought into the 21st Century in an Adelaide-based theatre production.

Playwright Elena Carapetis brings the first heroine of western drama raging into the 21st century with a twisted and subverted take on Sophocles' Antigone, premiering at Adelaide's Odeon Theatre this month.

Carapetis says she has written a "personal and political" response to the Ancient Greek story, using it as a launchpad to create something completely new to audiences.

"Antigone was the first person in western theatre to say 'no' to a king and she was a 16 year old girl. She was silenced and killed in the story contained within the classic Sophoclean text," she said.

"We are experiencing a time when the voices of young people are still being silenced, but they continue to endure and speak up when they see wrong or injustice. People like Greta Thunberg, Malala Yousafzai to Grace Tame - these girls to me embody the spirit of Antigone.

"The original Antigone story continues to play out in the real world today, so my version aims to see what happens if we turn it on its head. My play flips the lens through which we view the story."

Funny, cheeky and anarchic, the kaleidoscopic production takes the fictional heroine from 441BC and time-travels through the ages to blow a storm through the corridors of power.

Director Anthony Nicola, who will be joined by a stellar creative team including composer Jason Sweeney, designer Meg Wilson and lighting designer Gavin Norris, says audiences should "expect the unexpected."

"The script starts off as a very familiar rendering of the play, Classical and Greek. But with the stage direction 'Two Thousand Years Later' it explodes and splinters into vignettes of the now, where we meet Antigones of today. The show explores the enduring power of the patriarchy and why the voices of the young and queer continue to be silenced and eliminated," he said.

"Elena's text has the potential to charge every audience member with the spirit of Antigone. Elena wants us fired up about the state of the world, and she wants us to go out and do something about it."

"I have been knocked out by the shows directed by our Resident Director Anthony Nicola for Flinders University and RUMPUS and am thrilled he is making his directorial debut for the company with this kaleidoscopic and form-defying play," he said.

"In this shake-up of one of the greatest works in the theatrical canon, playwright Elena Carapetis is tearing down the house of convention with a knowing wink. Audiences are in for quite a ride."

Antigone is at Odeon Theatre, Norwood, Adelaide, from May 27- June 11.