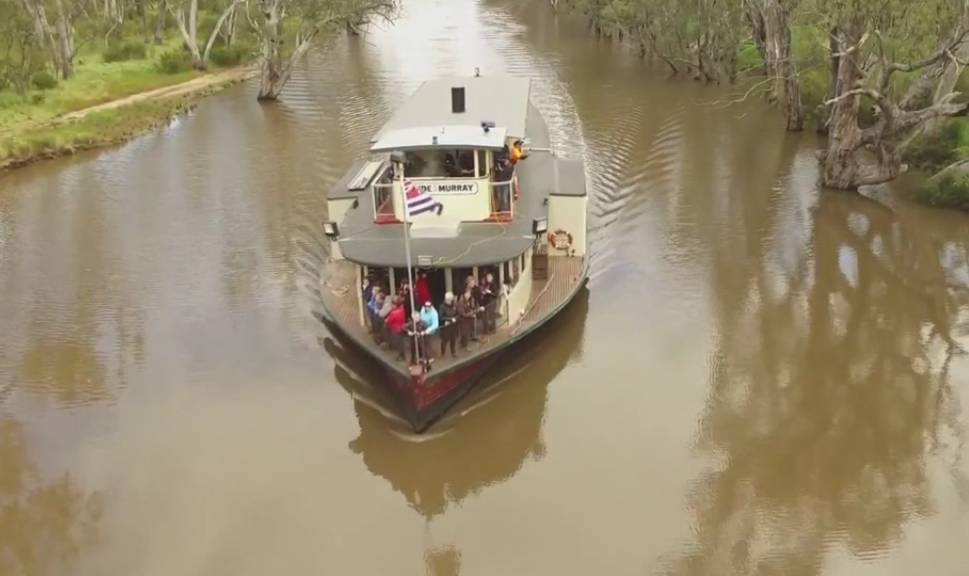 A 100 year old paddlewheeler from the Murray River in Victoria is on its to its new home in Longreach.

A 100 year old paddlewheeler from the Murray River in Victoria is on its to its new home in Longreach.

A 100 year old paddlewheeler from the Murray River in Victoria is on its to its new home on the Thomson River at Longreach.

The massive undertaking to remove the 100 tonne Pride of the Murray from the river in Echuca involved more than 40 people, a 26 metre long trailer, a 700 horsepower prime mover and a police escort to get the vessel off on its 1750km journney.

Undertaking the first ever mega marine move in Australia of this scale, with a boat this age is Queensland grazier, lover of outback history, tourism entrepreneur, Richard Kinnon of the Longreach-based Outback Pioneers.

"To build a purpose-built boat from scratch would have been a significantly cheaper option but it didn't meet my own brief which is for our Longreach-based tourism operation to remain true to history.

"When I found out the Pride of the Murray was looking for a new home, I knew I'd found a genuine outback pioneering artefact we just had to preserve.

"The only problem - this perfect piece of Australian history is giant and 1750km from Longreach." Richard Kinnon, Outback Pioneers, is bringing the Pride of the Murray to the Thomsom River at Longreach.

Timing is crucial. The age and construction of the vessel means it can only be out of the water for a maximum of seven days, before the timber begins to shrink

Transport coordinator Warrick Corney, Freightlancer, said the logistics of the move had kept him awake at night for the past four months.

"This is not a move that has ever been attempted before in Australia," ," he said.

"We're going to make the impossible, possible. "It might sound easy but it is a massive undertaking.

"It's an extremely delicate operation. It's a 100-year-old boat we are lifting out of the water and putting it on top of a trailer before we drive it from Victoria to Queensland.

"The route we have specifically chosen because it's quite straight and had less obstructions for a mega road train."

Before the boat was winched from the water the wheelhouse was removed because of height restrictions and placed on a separate truck to be transported to Longreach. 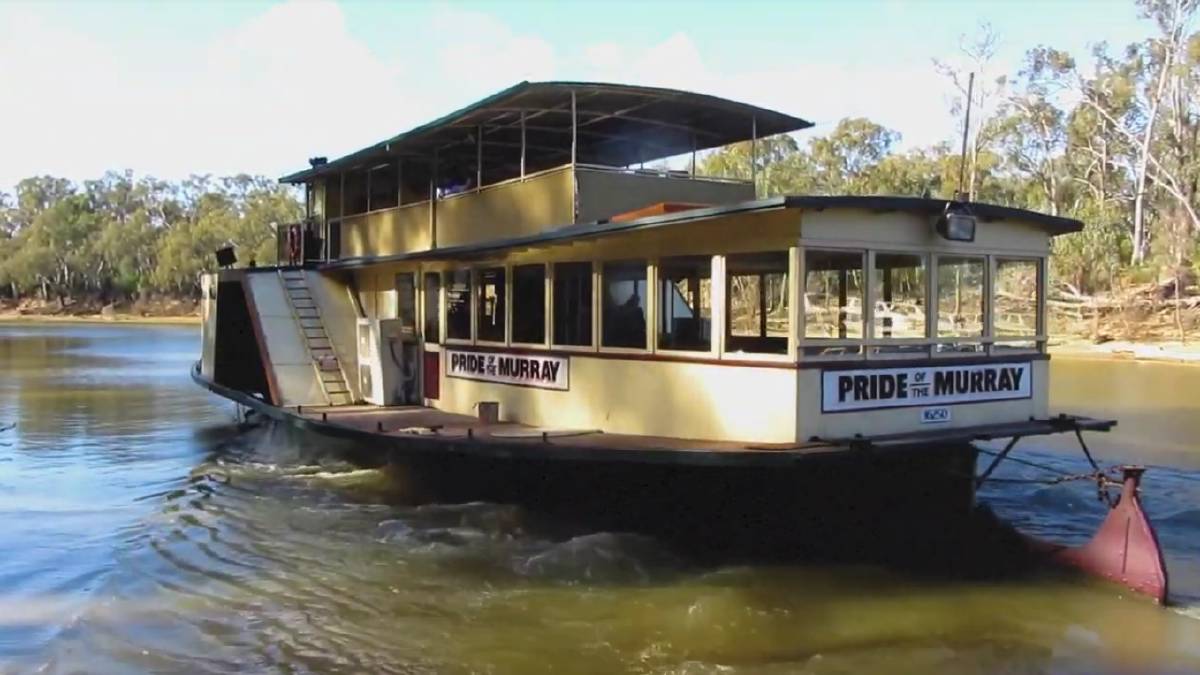 The remainder of the boat was then winched out of the water and laid across large inflatable bags before being placed on stands with the 26m trailer than backed in underneath it and the boat gently lowered down.

"To give you a visual of the size of it, the trailer alone is rated at 192 tonne and the entire rig has 106 tyres under it to soften the pressure on the road," Mr Corney said.

The giant trailer is 8.7m wide and some bridges it will travel over are not that wide, it will need to be lifted higher for parts of the journey to ensure it does not hit guard rails.

"It's big machinery but a delicate operation, so the maximum speed of travel is 80km/hour, it will also be tall, so we negotiated to have crews from each electrical company travel with us along the way to lift up power lines as we come through areas where they are low," Mr Corney said.

The whole convoy will be supported on its journey by police and pilot vehicles and can only travel during daylight hours, so it will stop overnight in regional towns along the way.

Mr Corney said because it's an old wooden boat it needs to be kept wet during the trip and be back in the water within seven days at the most.

"We have a limited amount of time it can be out of the water, so we are hoping the drive only takes three days," he said.

"Before it came out of the water, we used old techniques and lined the inside of the hull with wet hessian sacks."

The most difficult part of the entire trip is in fact negotiating the last roundabout as they enter Longreach. 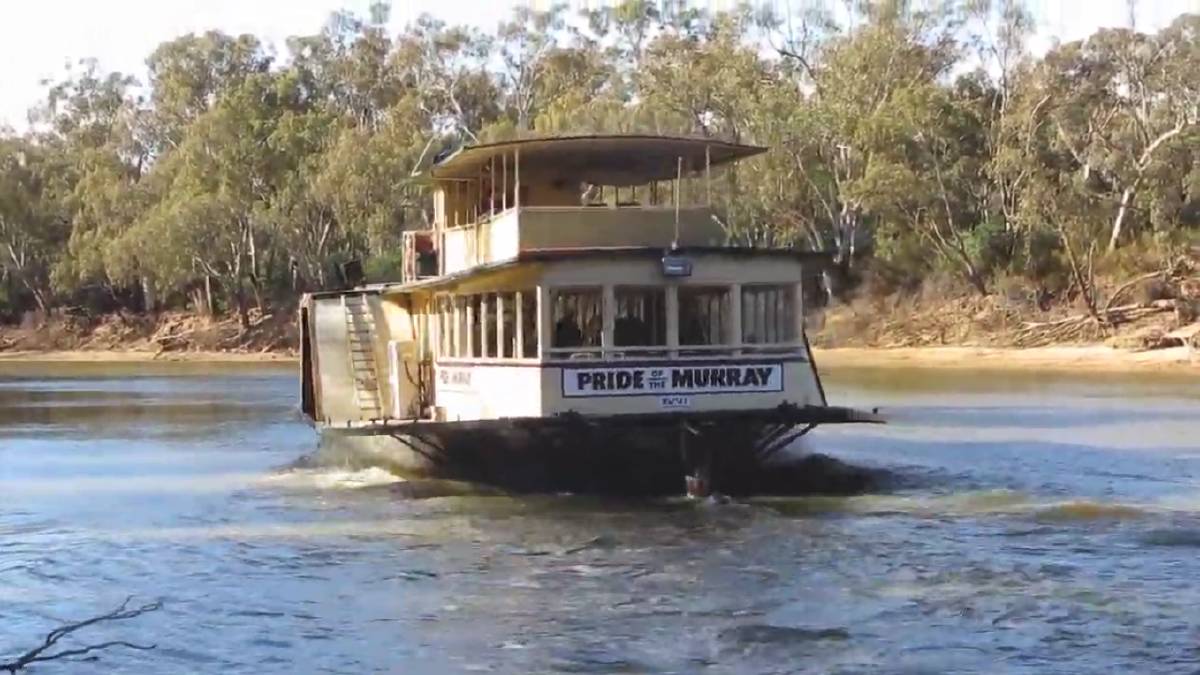 Mr Kinnon admits it will be a stressful journey but worth it in the end.

"We are putting a 100-old-year vessel like Noah's Ark on a truck and bringing it to the outback of Australia," he said.

"We're passionate about educating people about Australia's proud pioneering history and once the paddlewheeler is recommissioned, 100 people a day will get to relive an authentic river experience."

The vessel will be restored in Longreach over the coming months and it is hoped it will be operational in June.

"The incentive for me and the Kinnon family is millions of tourists will get to enjoy riding the Pride of the Murray on the Thomson River for another 100 years," Mr Kinnon said.