Exercising had previously been discouraged for people with half a heart, but could resistance exercise help manage the disease?

A leading cardiologist from the Heart Research Institute is embarking on a world-first exercise study that could revolutionise the way those with half a heart live their lives.

Associate Professor Rachael Cordina said people with half a heart or single-ventricle congenital heart disease (Fontan-CHD) have the worst life expectancy of CHD patients and treatments to help improve their circulation are not well established.

"Historically, people with CHD were not expected to survive to adulthood, and exercise was discouraged fearing too much stress on the heart," said Assoc Prof Cordina.

"A whole generation of children has grown up consciously not exercising, putting themselves at risk of obesity through their inactivity.

"Some have developed into adults who are very unfit and don't meet anywhere near the physical activity recommendations for the general population.

"Emerging research is now suggesting that exercising is even more important than in the general population for people with the most complex types of CHD because it has special effects on the circulation as well as their physical and mental health, and quality of life.

Assoc Prof Cordina is recruiting 400 people for the four-year-study to test the exercise theory, which will be the largest ever randomised control trial in this cohort. 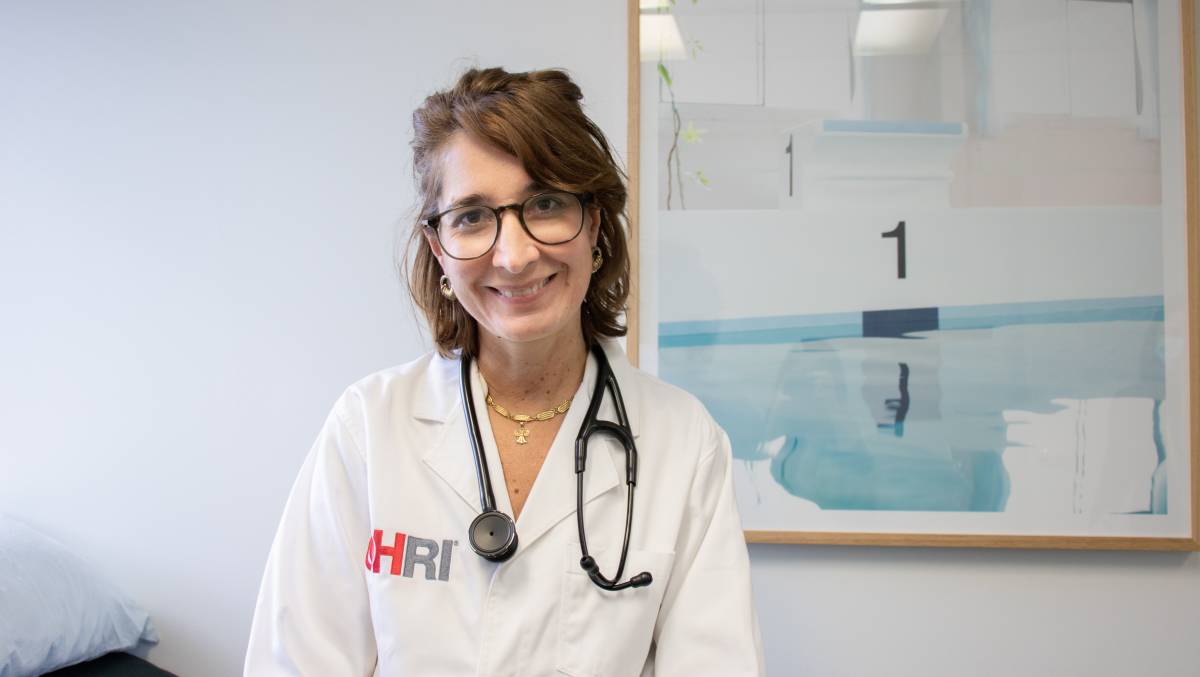 "The CH-FIT Program will look at whether resistance training can improve heart function, lung growth, fitness, and ultimately life expectancy for people with CHD," she said.

"Our intervention will follow people for one year and carefully study the impact exercise has on their physical and psychological wellbeing.

"This will help us to develop clearly defined models of care to improve and hopefully lengthen the lives of this group of young people who have often had incredibly challenging life journeys.

"People living with half a heart have no heart pump to push blood up through the lungs, so they rely heavily on the exercising muscles in the body - but there is hardly any research to understand the true impact of exercise on these special circulations and how to safely implement exercise training."

The HRI research team has begun recruiting children to exercise face-to-face in small groups in their local area.

Adults will be trained by HRI personal trainers in local Fitness First gyms.

There are about 1600 people living with Fontan ("half a heart") CHD in Australia and New Zealand and over 100,000 living with other types of complex CHD.

This includes Linda O'Brien who has grown up on a 8903ha sheep station, her parents did all they could to stop her over exerting herself, including cutting the branches off the trees so she couldn't climb them.

The busy mum of two boys, 53, who now lives on a cattle station in Warren in Central NSW, has undergone four open heart surgeries in her life.

Linda grew up the fourth of five children on a sheep station in Western Queensland, 95 kilometres out of Blackall, approximately two hours south of Longreach.

"It was remote. We didn't go to school as such but shared a governess on a neighbouring property and did distance education," she said.

With no family history and little knowledge of CHD, the diagnosis came as a shock to her parents Bill and Beryl.

It was picked up by the GP in Blackall, who told her parents: "This child needs to go to Brisbane right now."

"Back then it was known as blue baby syndrome. They'd say the closer we got to the city the bluer I got because of the air quality. Mum was once asked if I had been in an accident due to my colouring, so Mum explained what was wrong."

The family travelled for hours for doctors' appointments, and Linda became a member of the "zipper club" at a very young age.

"It's a hope for a bright future that we just didn't have in the past, and I think that's the most empowering thing science can do," she said.

"HRI is a not-for-profit and our scientists do win peer-reviewed competitive government grant funding, but we rely on the community for over 70 per cent of our funds," he said.

This fundraising appeal will enable the research team to learn which types of exercises are best suited to individuals who have CHD and to tailor treatment plans. Ultimately, this would improve the health and lives of CHD patients in Australia and around the world."