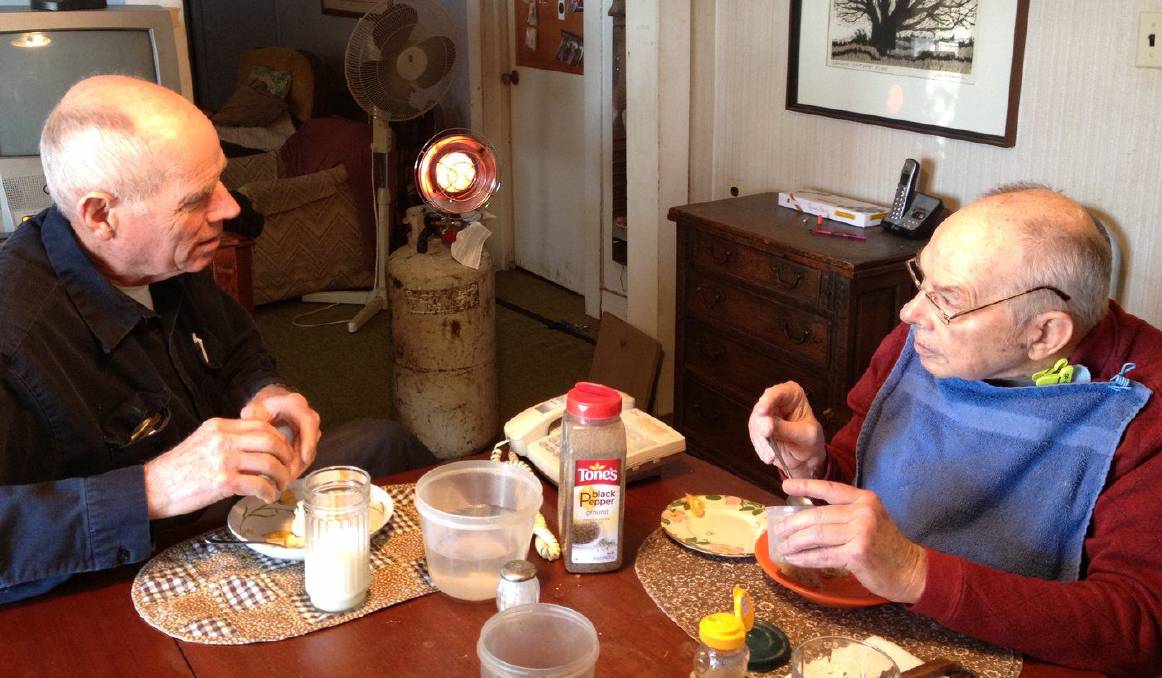 People have been told they must warm their homes in winter or risk getting sick. Picture: OakleyOriginals, Flickr.

Policies worldwide focus on heating homes to a minimum temperature that has no evidence to support it. They cause vulnerable people needless distress.

When the World Health Organization (WHO) set out to review what living in a cold building meant for our health its researchers were perplexed.

Back in 1987, the WHO recommended indoor temperatures be maintained at 18, or 20-21 in rooms used by older people.

But the researchers couldn't find the evidence behind this recommendation, and when they reviewed more recent studies they concluded with only a "moderate" degree of certainty that warming a cold house (perhaps to a minimum indoor temperature of 18°C) would reduce the risk of respiratory and cardiovascular illness and death.

It turns out while a cold house might make you miserable, it may not be the only thing that will make you sick. Other factors, such as damp, air movement and humidity are likely just as important.

An earlier WHO report from 1985 stated that "although the incidence of the common cold increases in winter, cold winter temperature does not in itself appear to be the cause". Also, the report did not declare a healthy temperature of 18°C.

Instead, it referred to several measures that, together with temperature, create what is called "thermal comfort": "indoor temperature of between 18 and 24°C when there is also an air movement of less than 0.2m/s, a relative humidity of 50% and a mean radiant temperature within 2°C of air temperature".

Yet many governments around the world, presuming the WHO to be the authority, use this temperature measure as a guide to determining what is a 'healthy' home.

The strong message (often to the most vulnerable people, who are frequently unable to afford to run their heaters) is that if people do not heat their dwellings to 18°C they, and their children, will suffer from poor health, despite little direct evidence supporting this particular minimum temperature.

The WHO also provides no guidance about damp or humidity, other than a recommendation that damp- and mould-related problems should be prevented. But humidity may be the key: studies indicate that a relative humidity range of 40 percent to 60 percent will slow the growth of most agents that cause poor health.

Some interventions, such as New Zealand's Healthy Homes Guarantee Act, refer to the WHO's recommended temperatures by setting a minimum temperature threshold of 18°C, but they say nothing about the other elements of thermal comfort such as air movement and relative humidity.

Legislation that requires a minimum temperature of 18°C and a fixed heating source capable of heating a home to that temperature creates two problems. First, the vulnerable people the legislation is often written to protect have been shown to have little money to spare for heating and are likely to rent rather than own their homes.

These tenants usually rely primarily on their rental home's thermal envelope - put simply, its physical structure - to regulate the indoor environment. If this thermal envelope doesn't keep the home at a suitable temperature, then these tenants, even if they are given a heater to use, may not be able to afford to switch it on.

Not being able to heat their homes may lead to more mental stress and anguish, in turn resulting in poorer health.Second, the heat pumps generally used to provide space heating can cool as well as heat a home. Recently, researchers have found that highlyinsulatedthermalenvelopes tend to overheat. Adding insulation to existing dwellings and installing space-heating devices that provide cooling may have significant unintended consequences in terms of increased energy use and subsequent carbon emissions.

The authors of a 2020 review found that although advice about cold and damp housing is found everywhere around the world, there is no academic consensus on what indoor environment quality is required to deliver a "healthy home". It is possible that the minimum temperature for improved health may be lower than 18°C. It might even be that thermal comfort is more important than air temperature and that relative humidity and air movement need to be considered too.

As temperatures warm across the globe, this focus on 'cold and damp' ignores an increasing health risk. Heat waves are getting hotter and happening more often. Most recently, dozens died across India and Pakistan in early 2022.

Strategies to make homes healthier need to get smarter. New technologies mean residents and landlords can track building performance in real time. Temperature, humidity, carbon dioxide and energy use can be logged to help turn attention to indoor environmental quality and the best ways to make homes energy efficient.

Information like this could create reliable recommendations for healthy homes and help residents with limited money spend it as effectively as possible. They would also spare vulnerable people the stress of trying to warm their homes if there is no real need to.

The story How cold is too cold? Getting home temperatures right first appeared on The Canberra Times.