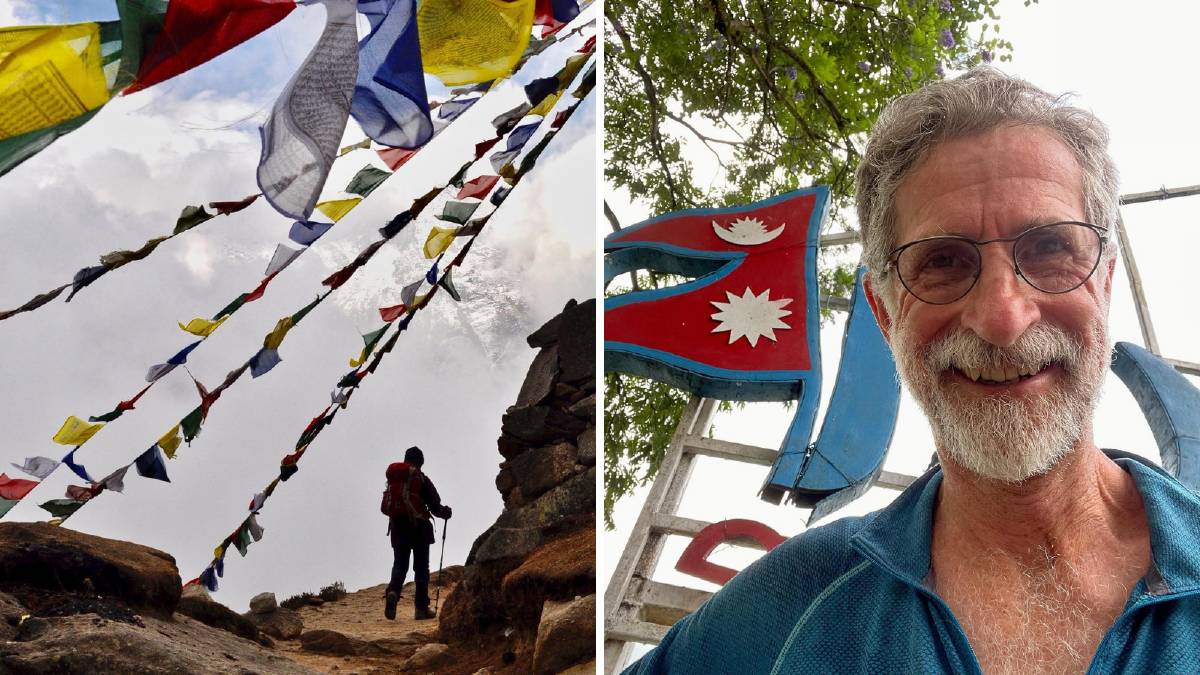 Peter Counsell is proving age and altitude are no barrier, as he takes on the Everest Marathon at the age of 65.

Peter Counsell is proving age and altitude are no barrier, as he takes on the Everest Marathon at the age of 65.

Mr Counsell, from Batemans Bay on NSW's South Coast, has spent 40 years travelling to Nepal as a trekking guide, leading hiking, white water rafting and jungle safaris. But he was always drawn to the mountains, to the high altitude: regions such as Everest, Annapurna and Langtang.

It was on one such trekking expedition with his wife into the Everest region in 2018 that Mr Counsell first heard of the highest marathon in the world.

There was a framed t-shirt from the event on the wall of his accommodation, with a certificate to Phurba Sherpa - who had finished fourth.

"How could this be possible?" Mr Counsell said to himself. "Who would do that?"

When he met Phurba Sherpa, Mr Counsell said "the seed was sown".

Aged 61 at the time, and having run 25 marathons previously, Mr Counsell believed his running days were over.

"This captured my imagination," he said. "Imagine being able to combine my passion for Nepal along with being able to run a marathon.

"There is no seniors discount unfortunately."

The Everest Marathon was established in 1985 and is run annually on May 29 - in recognition of the first summit of Everest on May 29, 1953.

The marathon starts at Everest Base Camp - 5364 metres above the sea level, where oxygen levels are half that of the beaches along the Eurobodalla where Mr Counsell spends his time training.

The trail then winds for 42 kilometres down the Khumbu Valley. Mr Counsell said running downhill was far more difficult than running uphill.

"You have to believe you can do it," he said.

While this will be marathon number 26 for Mr Counsell, he said the Everest Marathon would be the most prized.

The hardest part of the Everest Marathon, so he said, was getting to the starting line: a 12 day trek through the Himalayas acclimatising to the thinning oxygen. In 2022, 130 runners have entered - 80 from overseas and 50 Nepalese athletes. In a typical year, some competitors never even reach the starting line.

Mr Counsell is raising money for the Australian Himalayan Foundation (AHF). He said the country he loved was in desperate need of support after the earthquake in 2015, and COVID. AHF promote education and health in Nepal, educating teachers, building schools, rebuilding after the earthquake and facilitating health programs.