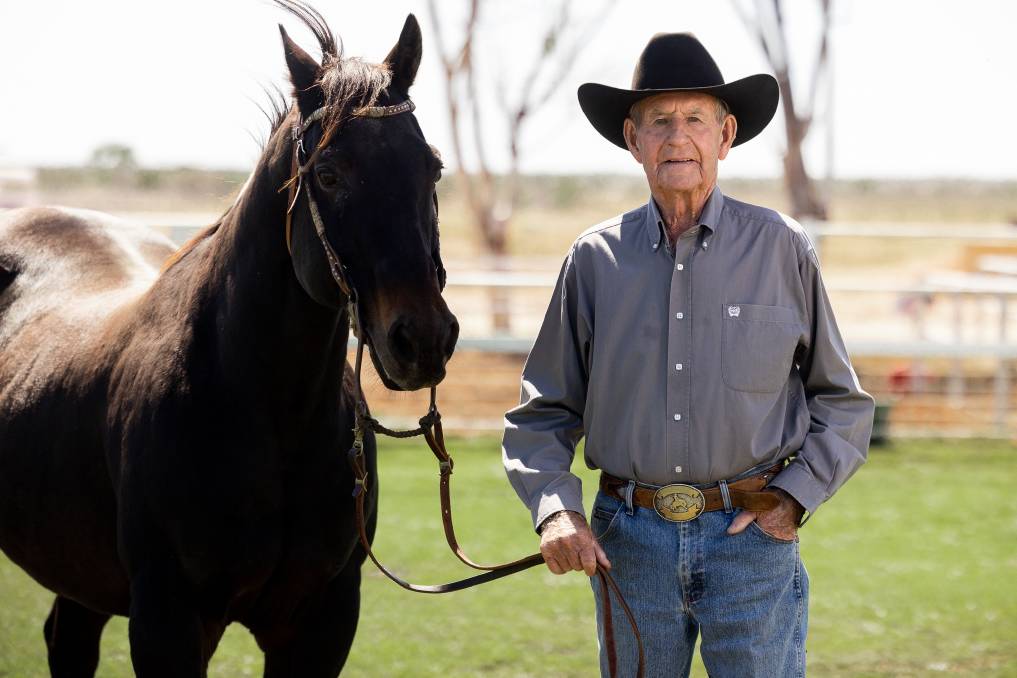 LONG IN THE SADDLE: Bob Holder, 91, has been competing in rodeos for more than 70 years and has no intention of stopping any time soon. Photos: Aaron Skin

Still in the saddle after 70-plus years, Bob Holder set to compete at Mount Isa again.

At 91, they don't come much bolder than Bob Holder.

The world's oldest rodeo competitor is saddling up again for the MIM Mount Isa Rodeo on August 11-14 - more than 70 years after he first rode a bucking bronco.

Bob has ridden in every kind of rodeo event but nowadays his specialty is team roping, a highly skilled event where a two-person team competes to catch a steer in the fastest possible time.

Bob is the "header" who rides out to rope the steer around the horns or head, while the "heeler" ropes its hind legs. Both are awarded points for technique.

At Mount Isa, Australia's biggest and richest rodeo show, Bob and his running quarter horse Stormy will compete in the open and over-55s events.

But having been in the saddle so long, "there's a lot of daylight between me and even the older blokes", he told The Senior.

He has a keen eye but he says roping steers is a fine art.

"Oh my word, yes. They duck their head or duck away to the left or right. Or they go flat out or sometimes slow down. 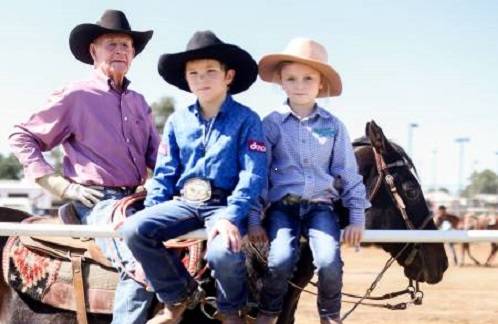 ON FOR YOUNG AND OLD: Bob at Longreach with fast-rising junior rodeo champ Byron Kirk and his sister Willow.

"I think they enjoy it. They love to run out in front of you. You've got have a fast horse to catch them. It's all a matter of timing. You only have a few seconds and it's easy to miss them."

The son of a drover, Bob, from Cootamundra, has been riding since he was five, winning his first saddle bronc ride at 14, at Tumut.

For such a long career, Bob has remained remarkably intact - a credit to his talent. "I haven't had any bad injuries, just a few broken bones, but they heal up."

I've done them all. But saddle bronc riding - bucking horses - was always my favourite. I haven't had any bad injuries, just a few broken bones, but they heal up. - BOB HOLDER

Mount Isa will be the fifth stop on the northern circuit for Bob. Before that he will compete at Taroom, Charters Towers, Richmond and Cloncurry. Later he will be off to Darwin and Katherine.

Rodeo has taken Bob to the land where rodeo began, the US, where had a successful spell in 1959. "I was the first Australian ever to win money in professional rodeo over there," he said. 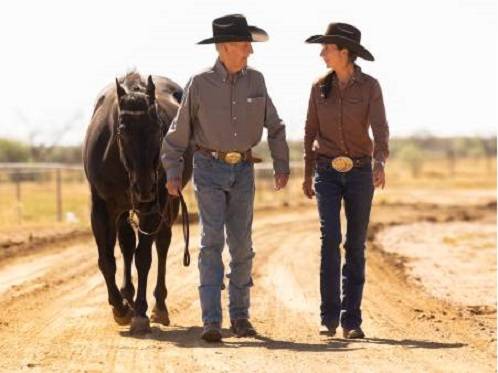 ALL IN THE FAMILY: Bob and his daughter Kerrie, a champion in her own right.

In 2018, he was inducted into the Australian Professional Rodeo Association Hall of Fame in Warwick.

Away from the rodeo circuit, he was also a top real estate agent for many years. He said that working for Elder's, he sold millions of dollars worth of rural property.

One person Bob knew well was the late Smoky Dawson.

"He used to run a rodeo every 12 months or so at his ranch in Terrey Hills. He'd always invite a few of us down there."

Rodeos run in the Holder family. Accompanying Bob on the circuit will be his daughter Kerrie, the current Mount Isa women's open barrel champion, who will be bringing her two horses looking to bring home the bacon.