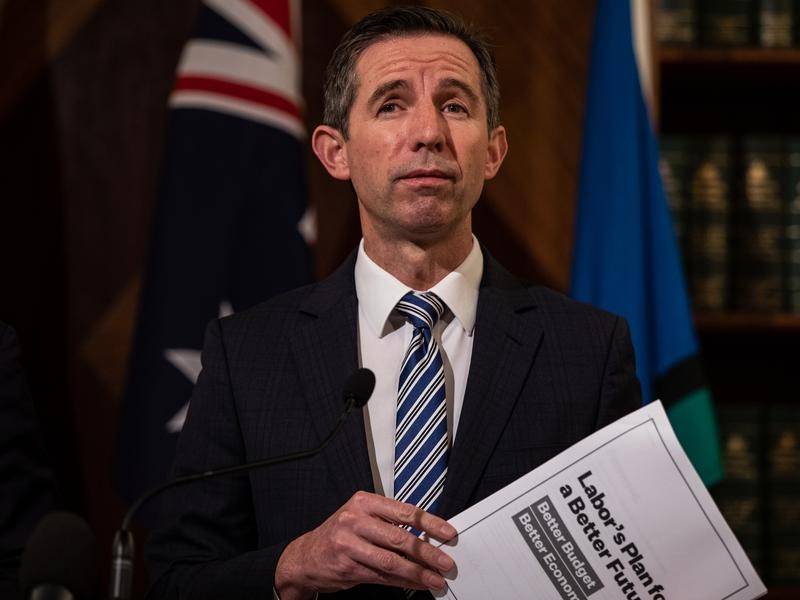 The Liberal Party will need to embrace a more ambitious climate target and preselect more women in its efforts to rebuild, senior frontbencher Simon Birmingha...

The Liberal Party will need to embrace a more ambitious climate target and preselect more women in its efforts to rebuild, senior frontbencher Simon Birmingham says.

With Scott Morrison set to step down from the leadership following the coalition's election loss on Saturday night, the top job will be spilled at the next partyroom meeting.

Senator Birmingham said one of the key tasks will be to review the "what, why and who" of the party.

"The what and the why are issues such as climate change," he told the ABC on Sunday.

He said given that Australia was well placed to exceed the coalition government's 26 to 28 per cent by 2030 emission cut target "of course we should commit to being able to go further".

"The what extends into other issues more broadly of equality and gender and, from there, the who in particular extends into ensuring that as a party, we go back and regroup around all of those who Menzies spoke about - the 'forgotten people'," he said.

"We need to make sure we win back many more of those professionals and especially Australian women who are much more highly educated."

Senator Birmingham, who will be the leading moderate in the party, said he did not know who he would be supporting as leader.

But whoever took on the role would need to have a clear view of the task ahead, including preselecting more women.

Senator Michaelia Cash said a "true structural change in the way politics works in Australia" was afoot pointing to inner city seats lost in various metropolitan centres from Perth to Sydney and Brisbane.

"We need to ensure that we are supporting those aspirational voters," she told reporters on Sunday.

"Both major parties are going to really have a look at and interrogate that vote across Australia in detail".

Labor nabbed four seats, with another still in play, as it cruised to victory in Western Australia.

One of the biggest likely losses for the coalition is treasurer and Liberal deputy leader Josh Frydenberg, who is on track to lose his seat of Kooyong to independent Monique Ryan.

Mr Frydenberg said he would wait for postal votes to be counted but conceded it would be difficult to hold on.

He said climate change was the top issue for many voters in his seat, but leadership was another.

"People did share their views about the prime minister at the booths," he said.

"At the end of the day that may have been one factor but there were others as well."

Mr Frydenberg has written off a tilt at state politics in Victoria but says he still has fuel in the tank in terms of a federal political career.

Liberal frontbencher Karen Andrews said the election result was "disappointing", but represented an opportunity to take a fresh look at the needs and expectations of voters.

"We need to go back to the values of the Liberal Party ... (and that) we are properly representing the values of Australian people," she said.

Zoe Daniel, an independent who felled Liberal frontbencher Tim Wilson in the Victorian seat of Goldstein, said the Liberal Party had "lost its centre".

Unlike Mr Frydenberg, an emotional Mr Wilson formally conceded the seat he had held since 2016, after having risen to assistant minister for industry, energy and emissions last year.

"It's disappointing that I'm not able to play that critical role in building Australia's clean industrial future in this capacity," he told reporters.