It will likely be in a minority government after a large swing away from the Coalition.

Labor is set to return to power after nine years in the political wilderness, but likely in a minority government after a large swing away from the Coalition and results pointing to a clutch of "teal" independent wins and a surge in the Greens vote.

After leading the Coalition to defeat, Scott Morrison has announced he is to step down as leader of the Liberal Party, while leadership contender Josh Frydenberg remains in the fight of his political life in the seat of Kooyong.

Anthony Albanese, the first Australian-Italian elected prime minister, took to the stage in home-town Sydney in front of a rapturous crowd of Labor supporters.

"Tonight the Australian people have voted for change. I am humbled by this victory and I'm honoured to be given the opportunity to serve as the 31st prime minister of Australia," he said amid chants of his name. He said he would promote "optimism, not fear and division" and hoped his election would inspire "Australians to reach for the stars".

"I want Australia to continue to be a country that no matter where you live, who you worship, who you love or what your last name is, that places no restrictions on your journey in life," Mr Albanese said.

He used the speech to promise to establish a federal integrity commission and commit to the Uluru Statement from the Heart in full.

"And I can promise all Australians this - no matter how you voted today, the government I lead will respect every one of you every day. And I'll seek to get your vote next time," he said.

He thanked the outgoing Mr Morrison for his service and his family's sacrifice, while announcing the key members of the new Albanese frontbench would be sworn on Monday and said he intended to attended the Quad leaders summit in Tokyo with Senator Penny Wong.

The results point to Mr Morrison's outer suburban strategy backfiring spectacularly. The Coalition has been punished at the ballot box losing key inner city seats such as North Sydney, Goldstein and Higgins, while Labor has picked up key seats in Western Australia, including Tangney, which was held by Minister for the Public Service Ben Morton. 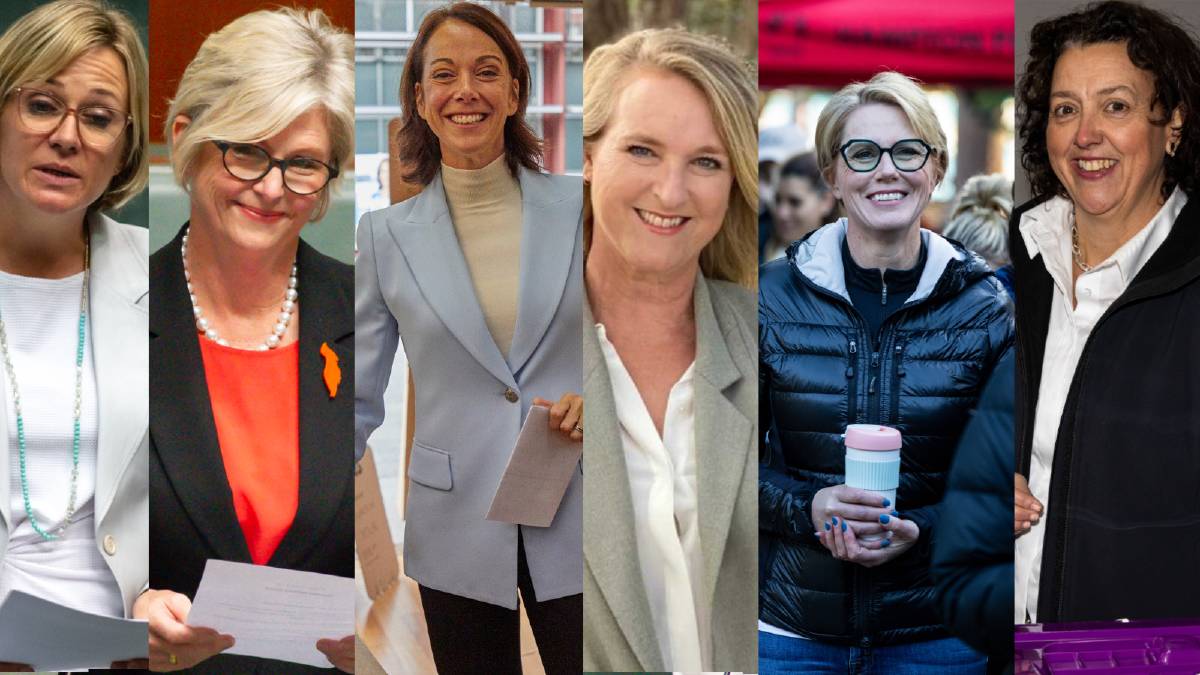 Several of the teal independents were leading at the close of counting on Saturday night.

The South Australian seat of Boothby also finally fell to the ALP.

The result indicates an expanded crossbench with "teal" independents, as Australians clearly voted to get the major parties to do more about climate change and political integrity.

Mr Morrison told supporters in Sydney it has been a "difficult night" for the Coalition and he has congratulated the incoming prime minster. 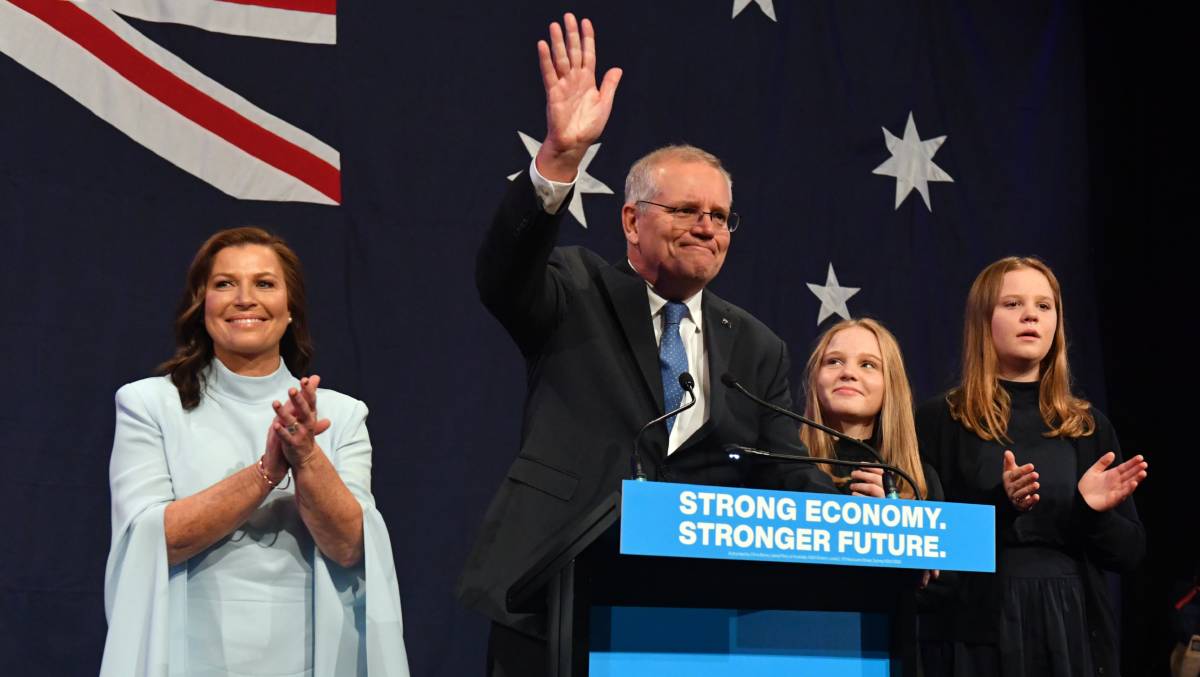 He took responsibility for the result of a campaign widely seen as referendum on his character and declared he would step down from the Liberal leadership at the next party room meeting.

He did not go into great detail on the loss, pointing in a reference to the pandemic: "a time of great upheaval over these past few years."

"It has imposed a heavy price on our country and on all Australians," Mr Morrison said. "And I think all Australians have felt that deeply. And we've seen in our own politics a great deal of disruption as the people have voted today with major parties having one of the lowest primary votes we've ever seen."

"That says a lot I know about the upheaval that's taking place in our nation. And I think it is important for our nation to heal and to move forward."

It's come after a last minute bombshell intervention of a boat from Sri Lanka, which the Labor party rejected as "scaremongering".

With a 2.2 per cent national swing away from Coalition and Liberal moderates taking heavy hits from climate and integrity focused independent, there is no path to victory for the Coalition.

Labor appears set to pick up Bennelong and Chisholm. The Greens have secured their second and third lower house seats, taking the Brisbane seat of Griffith from Labor frontbencher Terri Butler and Ryan from Liberal Julian Simmonds.

Treasurer Josh Frydenberg remains in trouble in his Melbourne seat of Kooyong against a very strong showing by Monique Ryan, while the Liberal's Dave Sharma is behind independent Allegra Spender in the count for Wentworth.

The Liberal Party, with former NSW minister Andrew Constance, may pick up the NSW South Coast seat of Gilmore from Labor's Fiona Phillips, but it is too close to call.

The result, which came after a lacklustre six-week campaign, will deny the Liberal and Nationals coalition a fourth straight term and Mr Morrison his "Miracle 2.0" win.

Independent Zali Steggall is set to be returned in the Sydney seat of Warringah ahead of Mr Morrison's captain's pick of anti-trans activist Katherine Deves.

Finance Minister Simon Birmingham told the ABC, "We paid a price in Warringah."

Economic management and national security loomed large in the campaign, the major parties duking it out over cost of living, wages and relations with China.

But in a campaign devoid of grand ideas and reform, the election was largely run on either Mr Morrison's character or Mr Albanese's ability to rise to the occasion.

Mr Albanese had to recover from a shocking day one stumble over the unemployment rate as well as a mid-campaign bout of COVID.

Mr Morrison was smashed with a mid-campaign official interest rate rise, his own unpopularity, and the fallout of last minute captain's picks.

Before the polls closed, Mr Albanese declared he had done his best, had nothing in the tank, but was hopeful.

He defended his small-target strategy of shadowing the Coalition and not picking big flights - a big difference from the losing 2019 strategy with then-Labor leader Bill Shorten.

Mr Morrison has used his final campaign press conference to confirm the usually secretive "on water" matter of the interception of a vessel from Sri Lanka trying to enter Australia.

"I've been here to stop this boat. But in order for me to be there to stop those that may come from here, you need to vote Liberal and Nationals today," he said.

The story 'Optimism, not fear': Albo the new PM as teal wave hits Parliament first appeared on The Canberra Times.