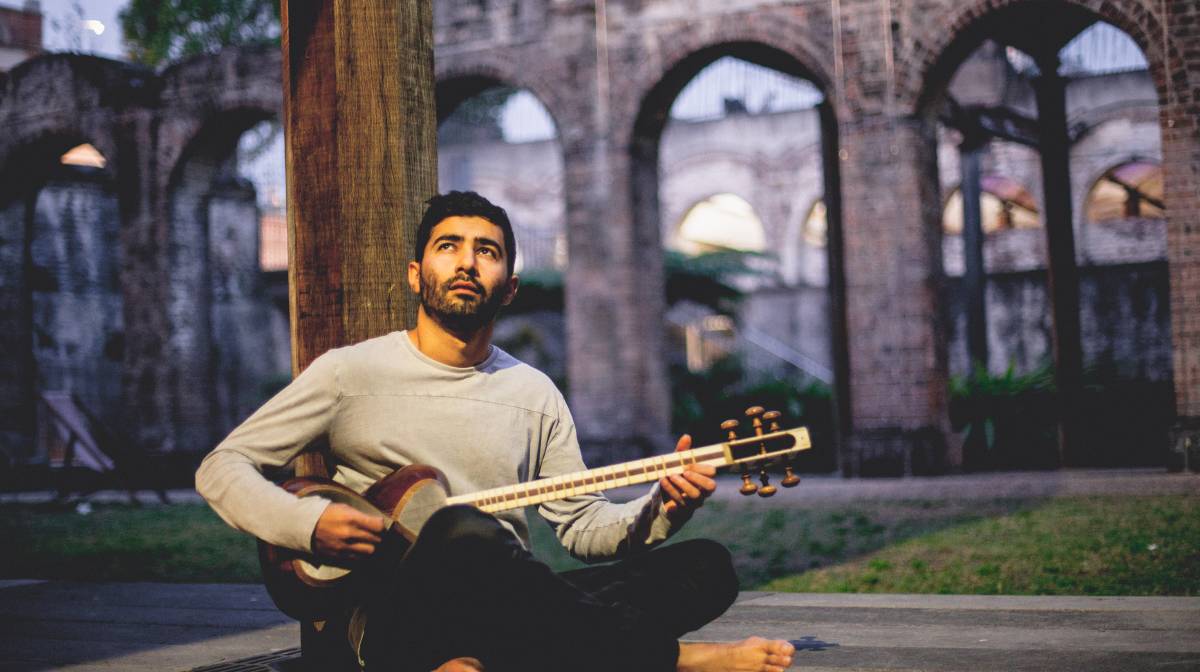 Illuminate Adelaide is fast approaching and what a stunning line-up of light, music, art and immersive experiences it will be.

Taking place from July 1-31, it will feature local, interstate and international talents and events including:

Despite wild weather and a lockdown impacting its first year, Illuminate Adelaide managed to attract more than 500,000 attendees last year.

Wisdom of AI Light features Ouchhh Studio's work with NASA and the European Organization for Nuclear Research, and the inspiration of Leonardo da Vinci in an AI-driven multisensory experience.

Housed in a massive, specially designed projection pavilion constructed in Adelaide's East End, it's a work of extraordinary scale and vision from the pioneers of data paintings and sculptures that takes the viewer on a journey through art and science from the Renaissance to the future.

City Lights returns with a new series of immersive installations, artworks and large-scale activations set to turn Adelaide's streetscapes into a night-time adventure of colour and sound.

With more than 40 free works over 17 days, it will be a brand new program of boundary-pushing local and international artists who will reimagine laneways, street-fronts and open spaces across the city in three precincts: north, east and west.

In addition Wisdom of AI Light, Oucchh Studio will present Ocean Data as part of City Lights, and directors Ferdi and Eylul Alici can be heard in conversation at an artist keynote address.

This Australian-first production from Montreal studio Moment Factory enchants the senses in a series of installations using lights, audio, video and special effects to take audiences on a magical journey.

In an Australian premiere, Joanna Dudley's operatic video installation We Will Slam You With Our Wings steals from some of history's most notoriously sexist speeches and recasts them into a feminist war cry echoing through the ages.

A seven-channel video piece, each screen depicts a 19th-century colonial imperialistic portrait, with one noticeable difference: instead of a lavish depiction of white powerful men, six young girls, each from a different continent, stand in their own room and own frame, with Dudley in the seventh.

After a sold-out 2021 world premiere season, Light Creatures is back to take audiences behind the gates of Adelaide Zoo after dark. This captivating twist on the animal kingdom is brought to life by the talents of local and interstate artists, commissioned to create lanterns and illuminations.

Nexus Arts will host a collaboration between Chinese-Australian avant-garde composer Mindy Meng Wang and Melbourne's Tim Shiel. Having released their acclaimed EP Nervous Energy in 2021, this will be one of the first chances for listeners to see the duo's live sonic splendour and actualisation of their project.

Also at Nexus Arts, the ARIA-nominated Eishan Ensemble will perform their blend of contemporary and classical music traditions of both East and West.

Led by acclaimed Persian-Australian tar player and composer Hamed Sadeghi, his psychedelic virtuosity is joined by the individual talents of Michael Avgenicos on saxophone, Adem Yilmaz on percussion, and Maximillian Alduca on double bass, to create the layered and sophisticated soundscapes that are Eishan.

At Live at the Lab, a distinctive music program will feature each weekend across four weeks. In this special co-curated program with Illuminate Adelaide, light and sound will converge to present some of the most cutting-edge new music locally and from around the globe.