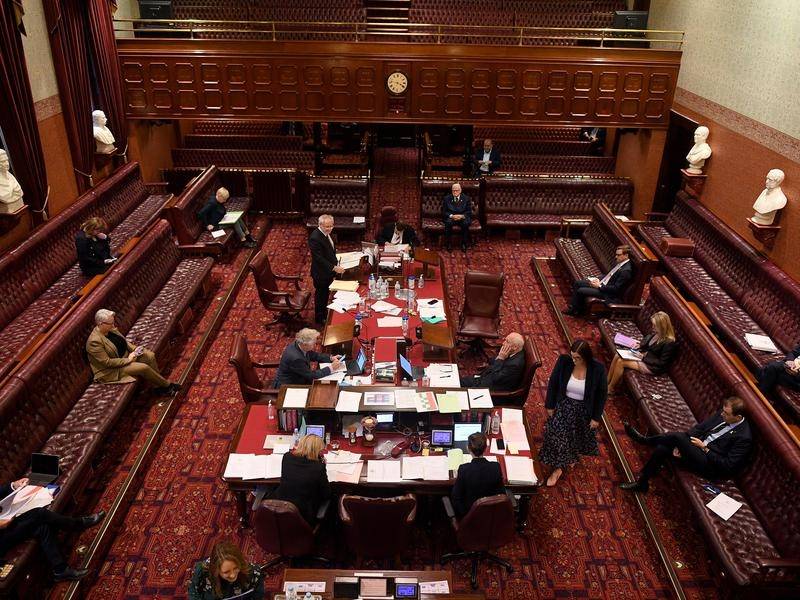 After decades of campaigning NSW has become the last state in Australia to pass laws allowing people with a terminal illness to voluntarily end their own life.

It means terminally ill people in NSW will be able to access voluntary assisted dying within 18 months.

The bill passed the lower house on Thursday afternoon to thunderous applause, after passing the upper house with amendments following a marathon 12-hour debate.

The bill was introduced into the lower house last year by Independent MP for Sydney Alex Greenwich, with coalition and Labor MPs allowed a conscience vote on the issue.

"I would like to thank the premier and leader of the opposition for allowing a free conscience vote on this," Mr Greenwich told the lower house on Thursday.

"That has brought people together on both sides, to have a robust and difficult conversation.

"Today, NSW passes a threshold of honesty and compassion.

"Honesty that not all people die well, and compassion that people in NSW with an advanced terminal illness can have the same end of life choices as people in every other state."

The bill allows adults with a terminal diagnosis and up to six months to live to voluntarily end their life with assistance, based on the approval of two independent doctors.

Dying with Dignity NSW President Penny Hackett said it was a historic moment for people who had campaigned for decades to stop terminally ill people enduring prolonged suffering.

"We will now be the last state in the country to achieve this well overdue law reform," Ms Hackett said.

"This bill will give an immense sense of hope and relief to many people with a terminal illness who simply want to take back some control at the end of their life.

"All people want, is to know that, if they have a terminal illness that will cause prolonged suffering at the end of their life, they will have the option to die a peaceful death."

Steve Offner from Go Gentle Australia told AAP: "Here in NSW it's been a 50-year-long fight to get these laws changed.

"So for many people in the community, it will be an incredible relief.

"To see this bill finally passed, it will be a moment of celebration.

"It will also be a bittersweet moment for many, given there are so many people for whom this law has just come too late."